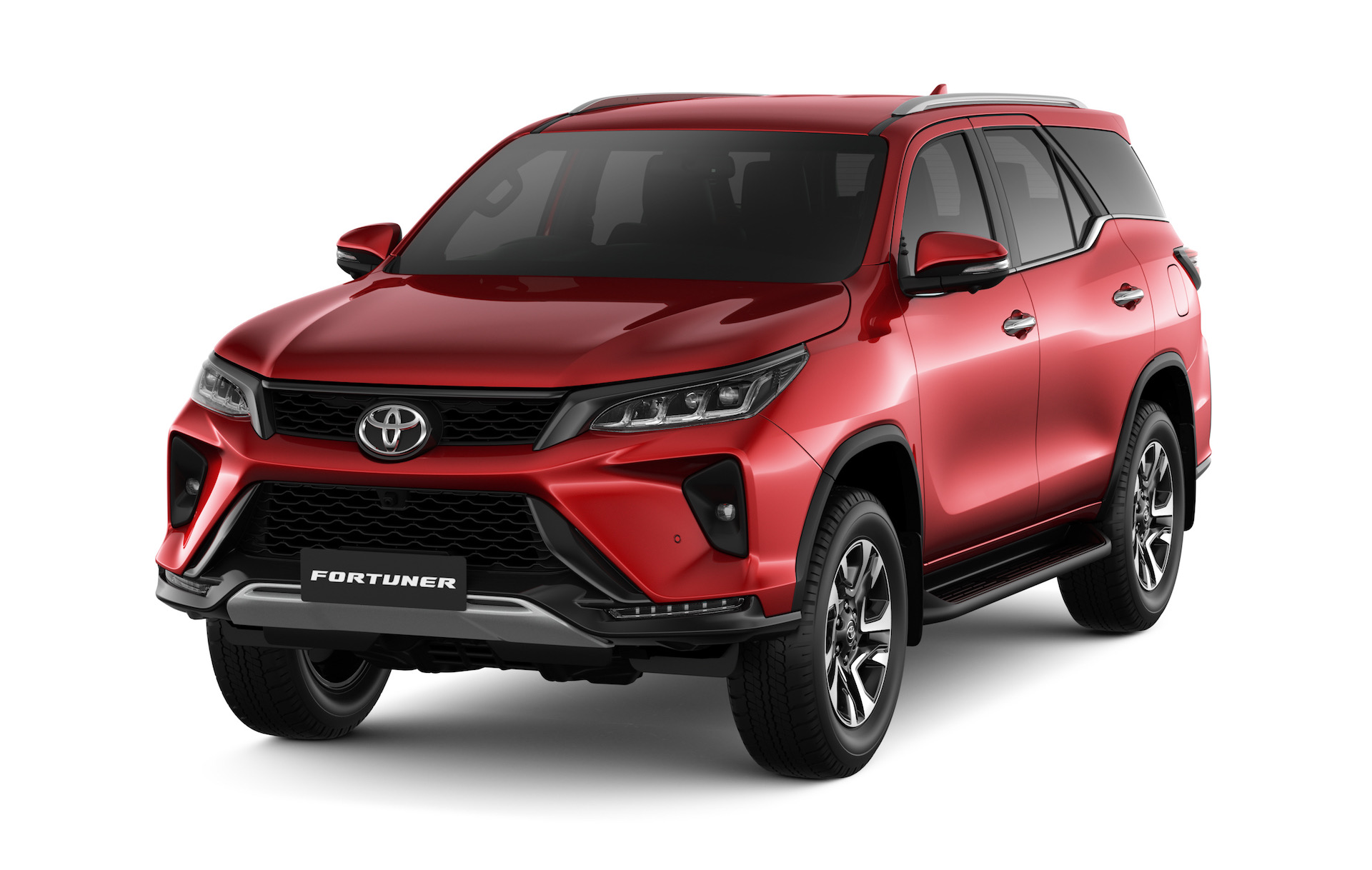 Coinciding with the reveal of the 2021 Toyota HiLux today, the company has also officially pulled the covers off the platform-sharing 2021 Fortuner seven-seat SUV. It, like the ute, gets the updated 2.8 engine. Specifically, the 2.8-litre turbo-diesel four-cylinder has been retuned and features “revised engine components”, Toyota says. The changes help to see power jump from the outgoing model‘s 130kW to a decent 150kW, while torque is boosted from 450Nm to 500Nm.

Toyota says the new setup not only provides improved performance, fuel consumption is also reduced. In city conditions the economy is improved by more than 17 per cent, the company says, although official figures are yet to be confirmed.

Also included in the update is an adjustment to the hardware to allow for an increased towing capacity. It grows from 2800kg to 3100kg, making it even more suitable for family adventures. Speaking about the new model, Toyota Australia vice president of sales and marketing, Sean Hanley, said:

“Customers will appreciate the extra performance from the high-torque engine, coupled with impressive fuel economy, smoothness and quietness – whether they’re on the school run or heading into the great outdoors.” Three variant levels will continue in Australia, stretching from the GX, GXL, to the top Crusade. All models now come with an 8.0-inch touch-screen media interface (up from 7.0), featuring Android Auto and Apple CarPlay. The GXL and Crusade add sat-nav and digital radio.

Lastly, there is of course the exterior design. It’s sharpened up to give it a modern theme, also to align it with Toyota’s latest design language. We saw a preview of the new layout via some revealing spy shots in April. The example shown here (Toyota Australia says it is an “overseas pre-production model”) features rather sporty black highlights, including for the new-look front grille, window surrounds, and trim piece that connects the taillights in the middle.

Toyota Australia says the 2021 Fortuner will land in local showrooms late in August. Final specs and prices, including Australian fuel consumption figures, will be announced closer to launch.

Since it arrived on the market in 2015, the local arm has sold over 15,000 examples of the Fortuner. So far this year the company has sold 933 examples according to May VFACTS figures, which is down 35 per cent year-to-date (coronavirus not helping – overall market down 23.9 per cent).