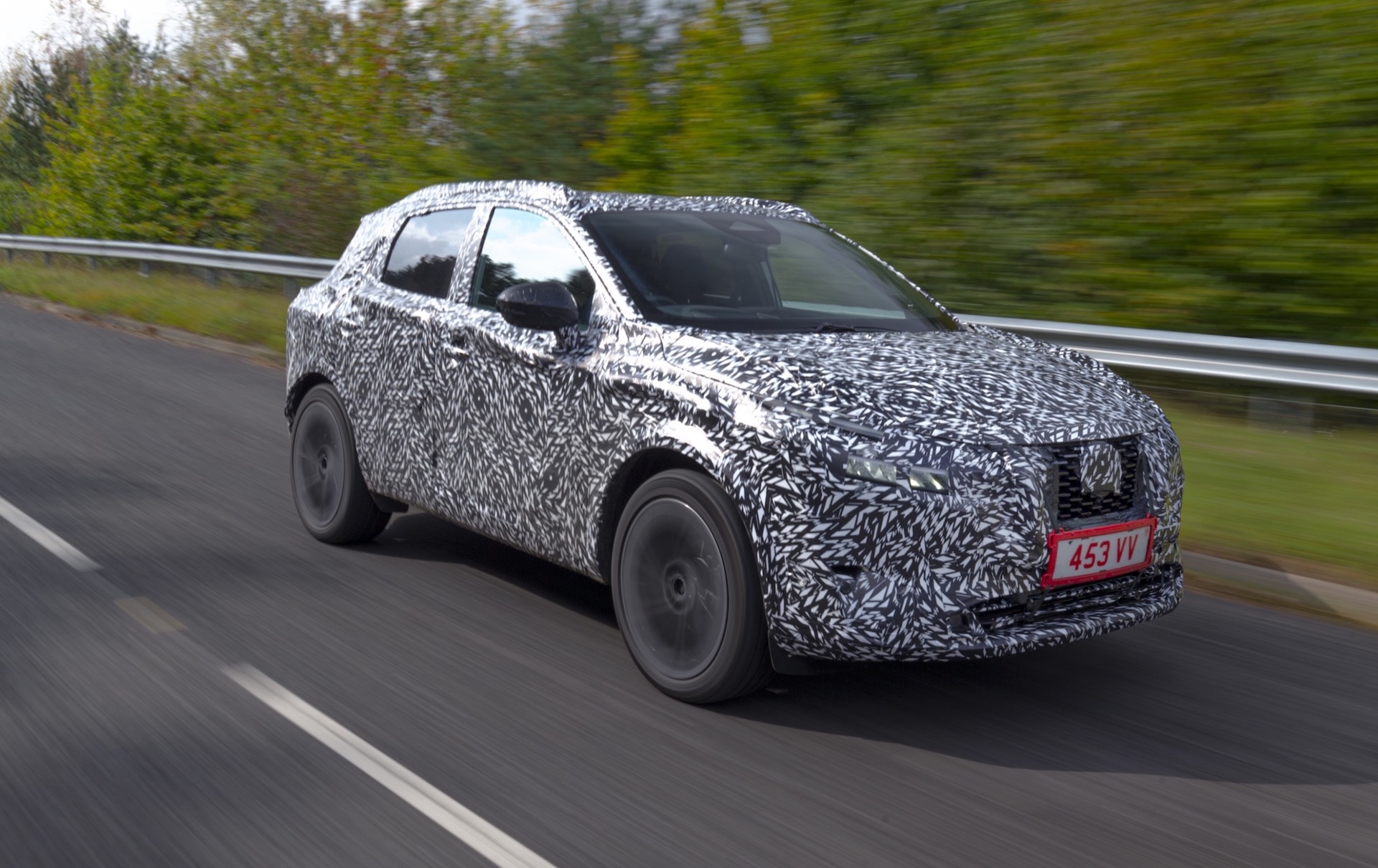 Some details and a teaser image of the all-new 2021 Nissan Qashqai have been sent out ahead of its debut set for the second quarter of this year. With the all-new model comes the introduction of an interesting new electric powertrain option. 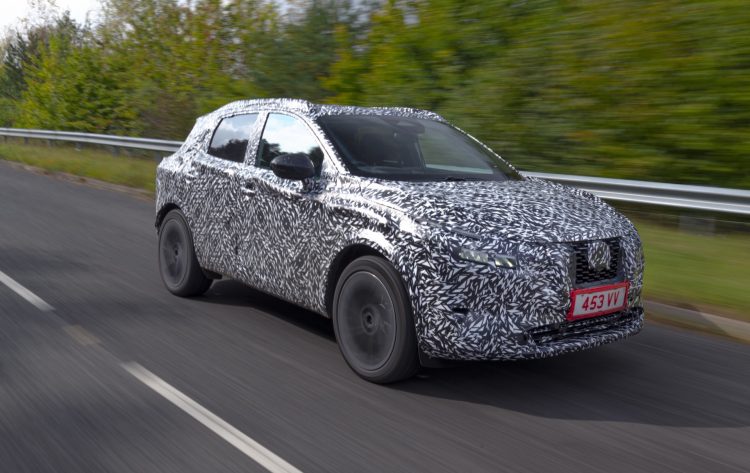 Yep, the 2021 Qashqai will be available as an EV. Sort of. Initially it’ll come with a 1.3-litre turbo-petrol producing either 103kW or 117kW, both featuring mild-hybrid technology. Front- and all-wheel drive will be available, and there’s even a manual transmission in the mix.

From 2022 Nissan will also offer an “e-Power” option. The system is derived from the Nissan LEAF powertrain, however, in the Qashqai it comprises of a 140kW electric motor and a 1.5-litre petrol engine. Instead of providing additional power to the wheels, the petrol engine is only there as a generator to recharge the battery for the electric motor.

Nissan says this setup provides the best transition between internal combustion engines and EV technology, as it provides the instant power and torque of an EV but without the range anxiety. The powertrain operates just like a regular EV, and drivers will have three different driving modes to select from; Standard, Sport, Eco. 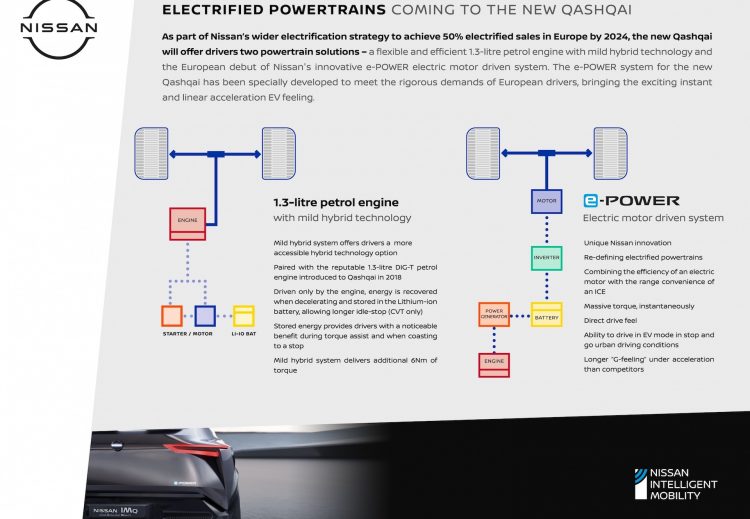 Like the Nissan LEAF, the Qashqai e-Power features a similar e-Pedal system. This is essentially a moderate braking function when releasing the accelerator pedal. In certain conditions, it’s possible to drive the car using only the accelerator pedal. In fact, Nissan reckons it’ll support up to 90 per cent of driving scenarios. Speaking about the upcoming model, Marco Fioravanti from Nissan Europe’s product planning division said:

“Customers rightly demand more efficient vehicles, but they also want an enjoyable driving experience. Electric vehicles have the highest satisfaction for driving sensations and customers love the instant torque and continuous acceleration they deliver. By adopting 100% electric motor drive with e-POWER on the new electrified Qashqai, customers can enjoy the benefits of EV driving, without the consideration of range or access to charging infrastructure.”

No other specifics have been revealed about the new SUV. This teaser image shows a heavily-camouflaged prototype though, and you can project some of the styling cues and general proportions. On that note actually, Nissan confirms the new model will measure 4425mm in length, which is 31mm longer than the outgoing model. This could mean more interior space is on the way.

A full debut will take place in the coming months. Nissan Australia is yet to officially lock in a local arrival date, but we’d suggest it’ll be here before the end of the year.