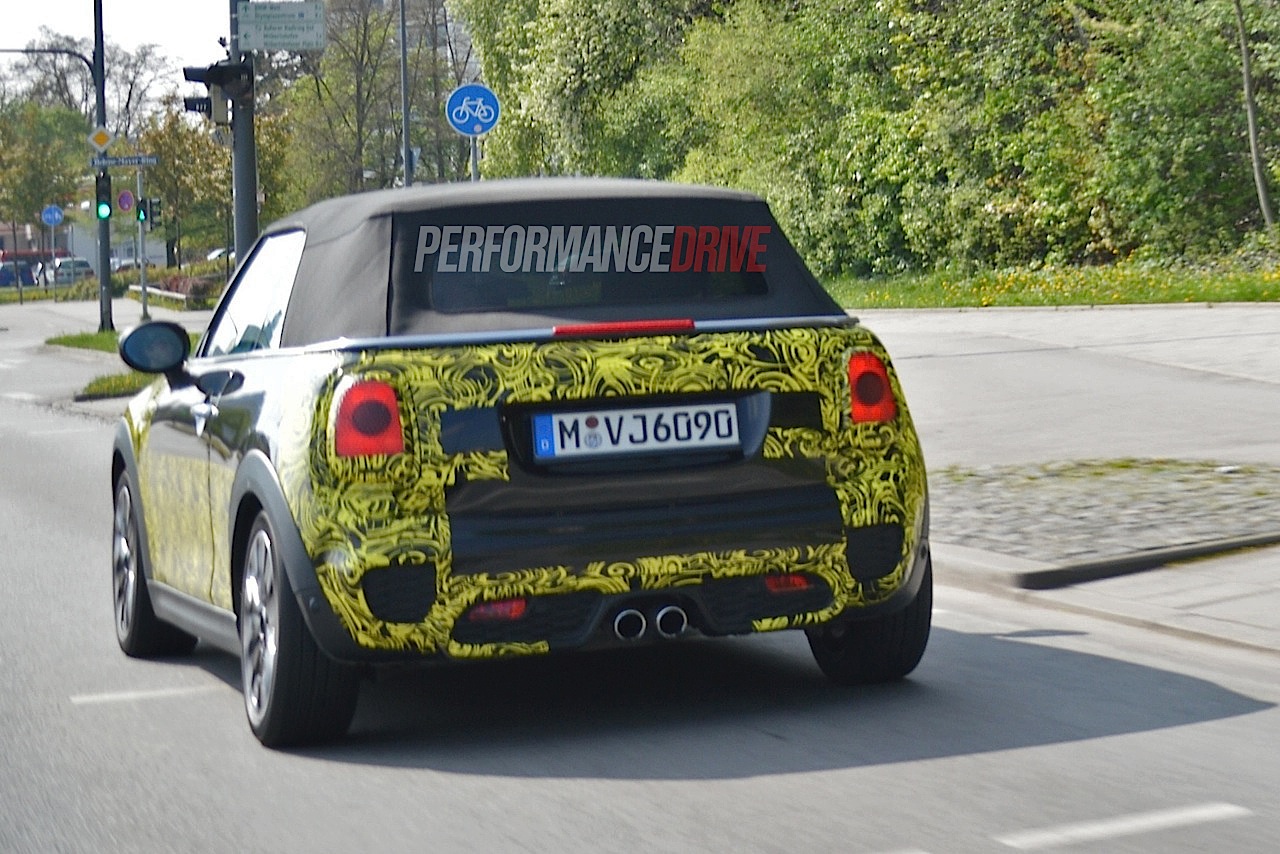 While touring around Germany today we stumbled across a prototype version of the upcoming 2015 MINI Cooper S Cabrio. This is the open-top version of the all-new Cooper. 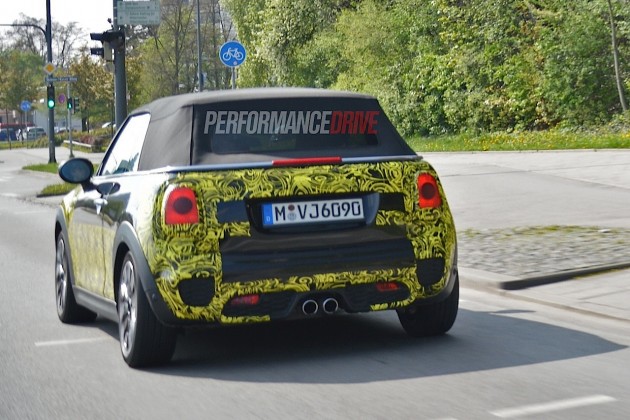 As hard as we tried, we couldn’t quite catch the car to photograph the front as the driver seemed quite annoyed by our camera. We persisted anyway. Not being the best spy photographers this is the only half-decent image we took.

The rear end of the new model looks like it will carry over a similar soft-top roof design as the outgoing model, with the roof wrapping right down to the top of the waistline.

Twin-outlet exhausts are the telltale signs of the sporty Cooper S variant, with a distinctly aggressive bodykit hidden within the camouflage. You can see the rear is finished off with a chunky bumper bar and diffuser setup. We can also confirm the new model gives off a nice, deep sporty soundtrack.

Like the new Cooper hatch, the cabrio version is based on BMW’s latest UKL1 platform. It’s slightly larger than the outgoing model, with more interior space and a larger boot. The cabrio is likely to showcase similar benefits.

Judging by the amount of exposed bodywork and relatively light camouflaging, the new Cooper Cabrio will probably make its debut within the next month or two. We’ll keep you updated as soon as we hear more.