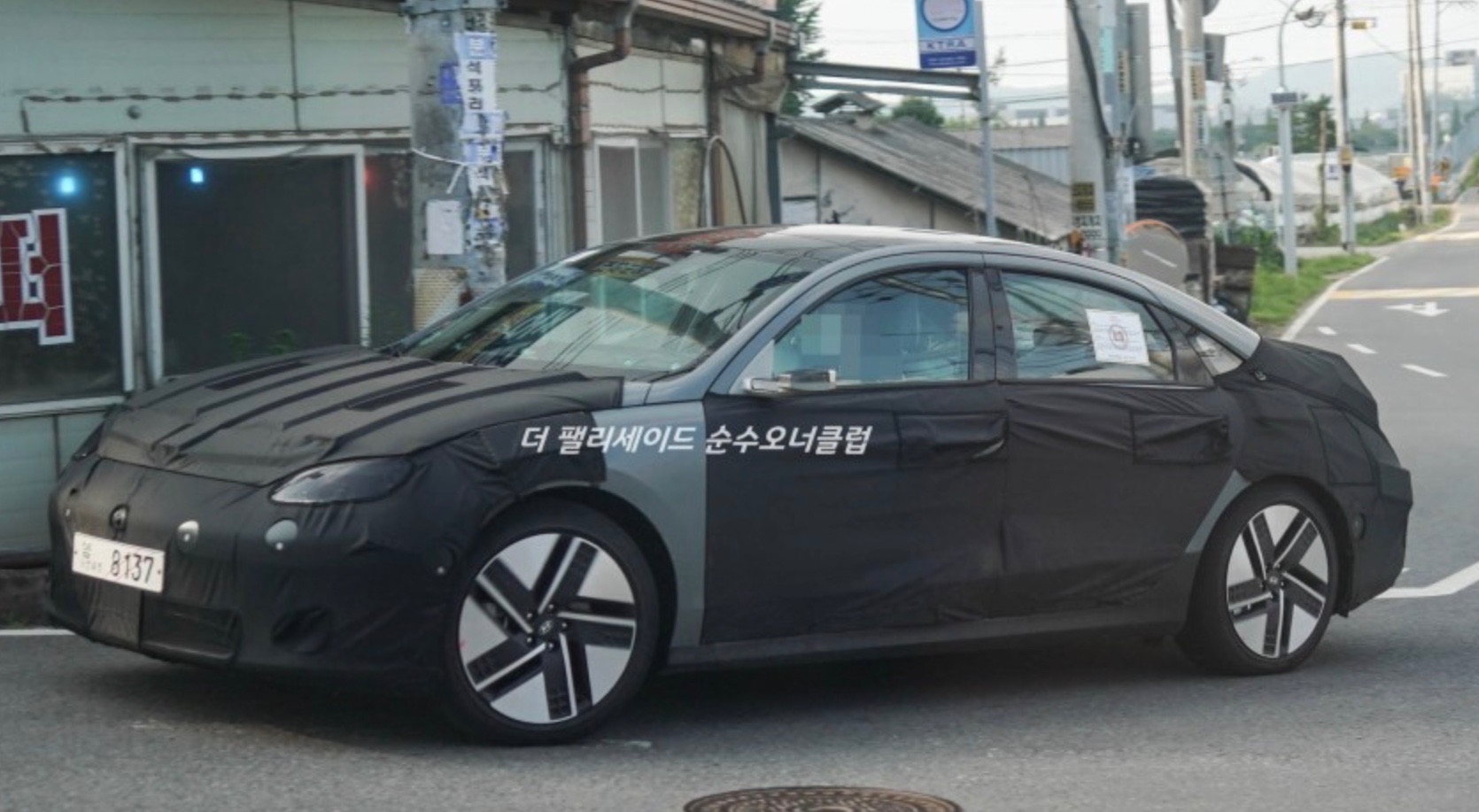 It looks like Hyundai has begun testing full-body prototypes of the IONIQ 6 fully electric sleek sedan in South Korea, ahead of its market entry set for next year. 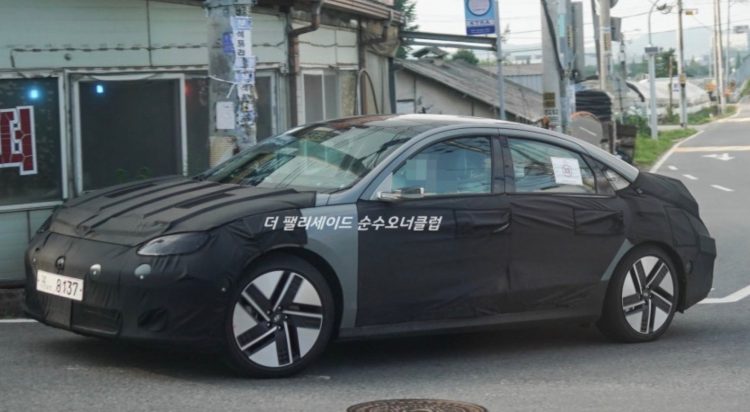 Hyundai has confirmed it is going to launch (at least) three new electric models under the IONIQ umbrella over the coming years, first with the IONIQ 5 large hatchback which is due to arrive in Australia in a few months, and then the 6, followed by the 7 large SUV in 2024.

The 6 is set to take most of its inspiration from the Hyundai Prophecy concept that was unveiled in March last year. Thanks to these spy images, surfacing on blog naver.com, the 6 does indeed look set to borrow heavily from the Prophecy in terms of design. 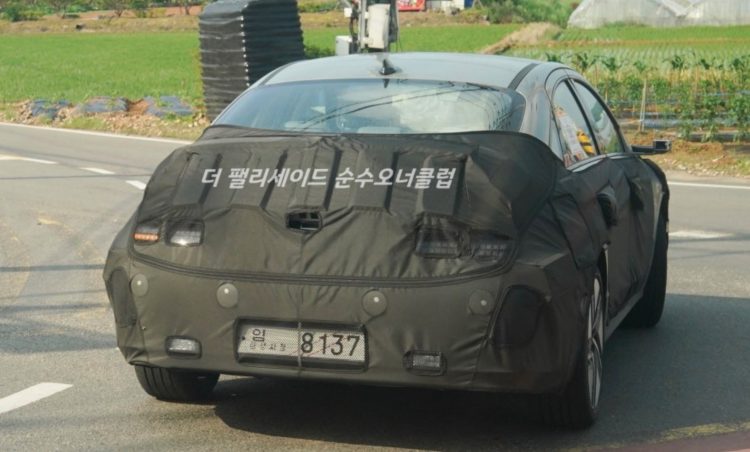 At the front is a low nose leading up to a gently curving windscreen and roofline, down towards a drooping rear windscreen and short overhang and boot lid. It looks like Hyundai will be applying those cool pixel-like taillights from the 5 as well (as seen above). Some black sheeting and random disorienting chunks protrude from the prototype purely to throw off onlookers.

The IONQ 6 will ride on Hyundai Motor Group’s new E-GMP (Electric Global Modular Platform) layout, which is also used to underpin the 5, and the upcoming Genesis GV60 fully electric crossover, as well as the Kia EV6. We’re expecting a similar powertrain setup as the 5 and Kia EV6 for this IONIQ 6. 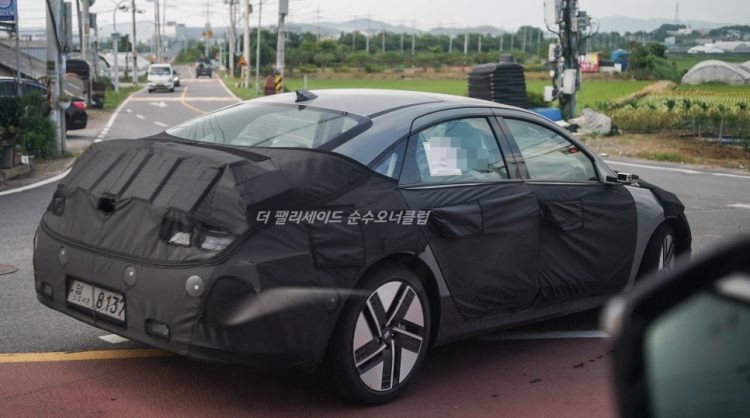 On that note, we’re going to guess the 6 will receive the high-power version of the twin motor setup, as seen in the Kia EV6 GT, developing up to 430kW and 740Nm. At this point the IONIQ 5 tops out with 225kW and 605Nm, but the high-power setup obviously opens the door for a performance ‘N’ version down the track, though.

The IONIQ 6 will probably get the same twin 12-inch digital screens inside, making up the media interface and driver’s cluster, with a very clean and clutter-free cabin layout. Sheer versatility and practicality will no doubt help it stand out in the market.

More details are likely to be trickled out over the coming months, especially as it looks like Hyundai has pretty much finished the exterior.