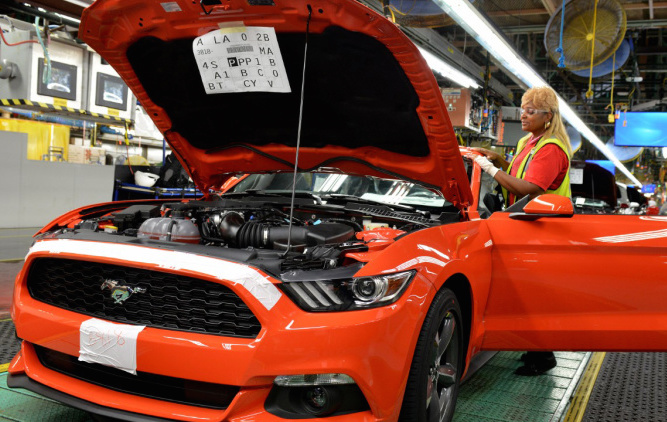 Ford’s CEO has said he and the company is open to deals with president-elect Donald Trump’s administration to keep jobs in the US.

Mark Fields, president and CEO at Ford Motor Company, and Donald Trump have had a frosty relationship in the past, with Trump calling the outsourcing of some of Ford’s production roles to Mexico “disgraceful”, shortly before proposing a 35 per cent tariff on goods imported from Mexico to encourage jobs in the US.

In response to the proposal of a 35 per cent tariff, Mark Fields said:

“If a tariff was imposed, it would be imposed on the entire industry, not just singling out a single company. When you look at the production and supply chains and how they’re integrated between the three countries… putting a tariff on that would have a negative impact on all the economies,” he told Bloomberg.

Now though, Fields is under pressure to soften his position and work alongside the Trump administration:

“[We] will be very clear in the things we’d like to see,” in negotiations with a Trump administration, he said.

“We’ll continue to advocate for currency-manipulation rules to promote free and fair trade. One of our priorities is making sure fuel-economy standards reflect market realities, tax reform in general we would be very supportive of, and the safe deployment of autonomous vehicles.”

Trump is said to be one of the reasons behind Ford agreeing to keep production of the Lincoln MKC crossover at its Louisville, Kentucky plant, rather than outsource production to Mexico. Reports say Trump phoned Ford’s chairman, Bill Ford, to discuss the plan, convincing Ford otherwise.

Mark Fields has since confirmed that Trump was able to convince the brand to leave production in Louisville “because of what he’s talking about in terms of his economic policies, whether it’s tax reform or otherwise,” he said.

Ford still plans to move production of smaller cars like the Focus and C-Max hybrid to Mexico, but Fields added that “not one job is being displaced” from the Michigan plant, because production will be supplemented by two other models, according to Fields.

Trump is riding on a wave of praise after sealing a deal with Carrier, an air-conditioning manufacturer who recently announced 1400 redundancies as the business moved production to Mexico. The announcement prompted Trump to negotiate a deal with the company to keep jobs in the US. Despite $7 million worth of state incentives, 1100 jobs are set to be cut from Carrier.

Mark fields mentioned the Carrier deal specifically when speaking with Bloomberg. “Our position is very different than the Carrier position,” he said. “We’ll always take those into account, understanding that some of the things being proposed would impact the entire industry, as opposed to giving special deals to individual companies.”