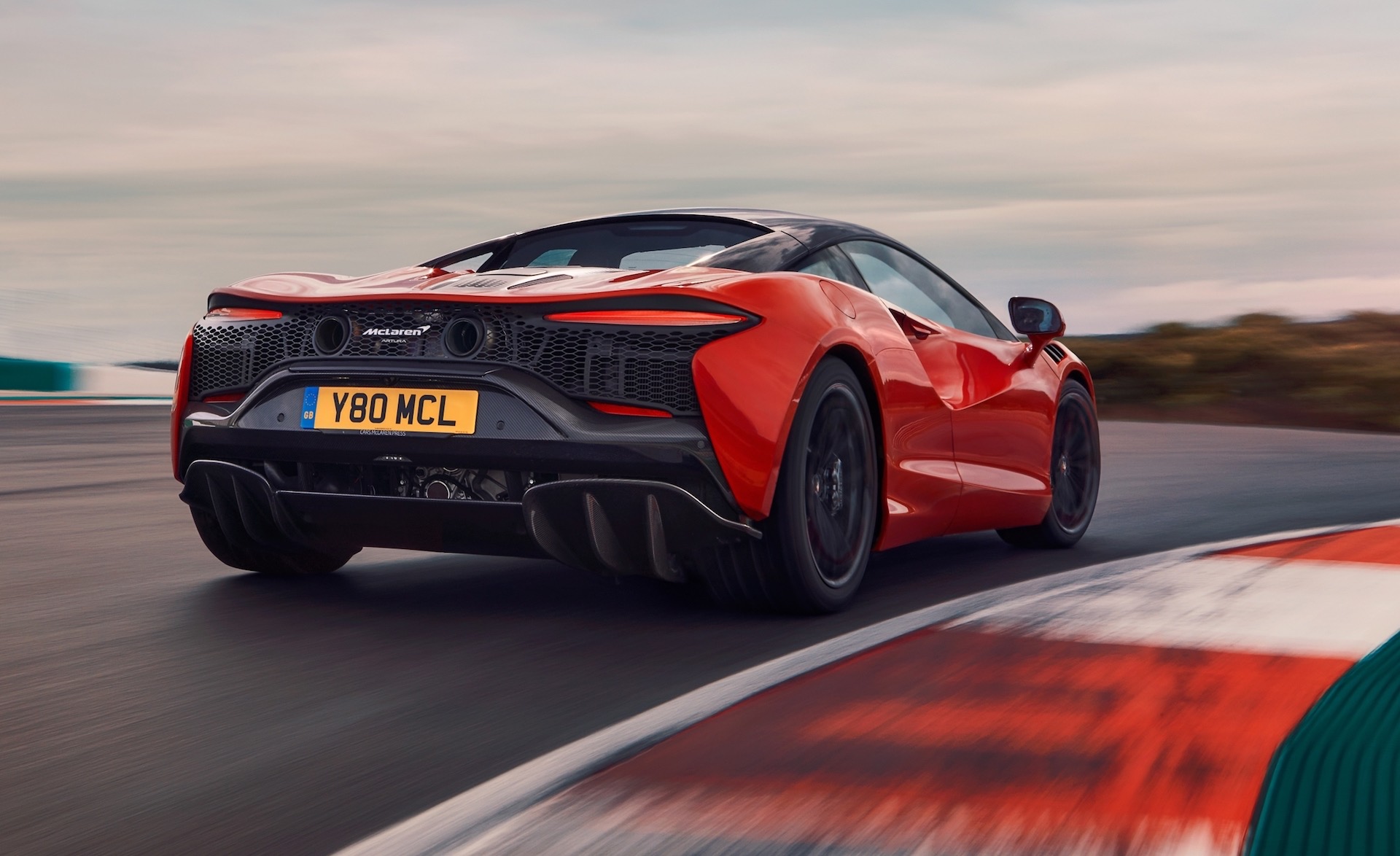 Back in February, McLaren unveiled a brand new hybrid supercar called the Artura. The brand describes it as setting new standards for the supercar class, promising an unrivalled combination of throttle-response, acceleration and electric-only, zero-emissions capability. 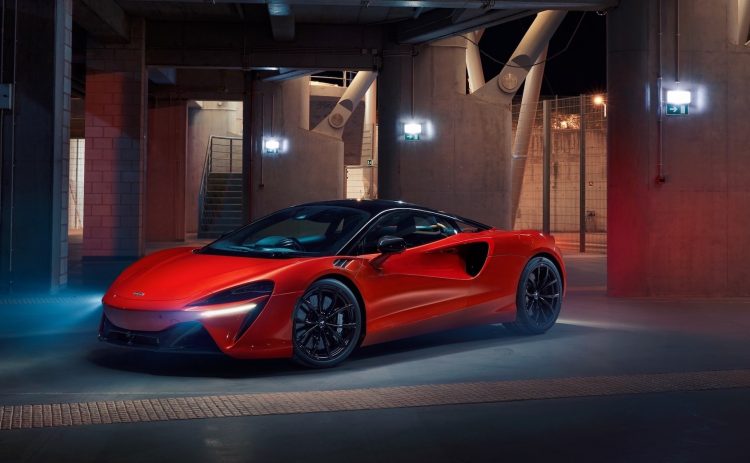 That first glance, which confirmed McLaren’s new MCLA platform and hybrid six-cylinder powertrain, teased us with the potential. But the specifications and performance figures were only preliminary and subject to testing and further validation. Now, though, we’ve got confirmed specs fresh off the press from McLaren, and hot-damn are they impressive.

McLaren has confirmed the Artura can accelerate from 0-100km/h in just 3.0 seconds, and 0-200km/h in just 8.3 seconds. It also says 0-300km/h takes 21.5 seconds, with the standing quarter-mile sprint completed in 10.7 seconds. The figures are the result of McLaren’s new platform, insane commitment to weight-saving measures, and the development of its high-performance hybrid powertrain. 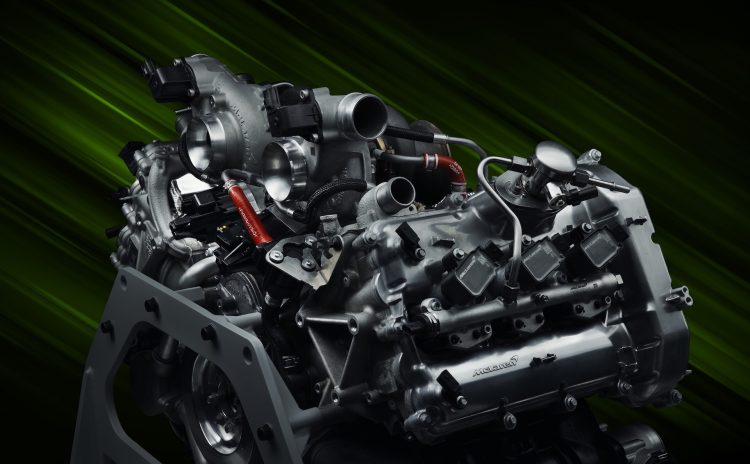 The company broke tradition and moved away from the expected V8 approach, instead opting for a 3.0-litre twin-turbocharged V6 that produces 430kW and 585Nm. Power from the V6 is sent to the rear wheels via an all-new eight-speed ‘seamless shift’ dual-clutch transmission. McLaren says that opting for the V6, rather than its bigger brother, helped save 50kg.

McLaren’s special little secret, though, can be found in the form of an electric motor that the company says is the size of a brake disc, and weighs just 15kg. Despite its size, the e-motor adds 70kW and 225Nm to the mix, meaning that, combined, the Artura produces 500kW and 720Nm. It can also cruise for around 30km on electricity alone thanks to a 7.4kWh battery pack. 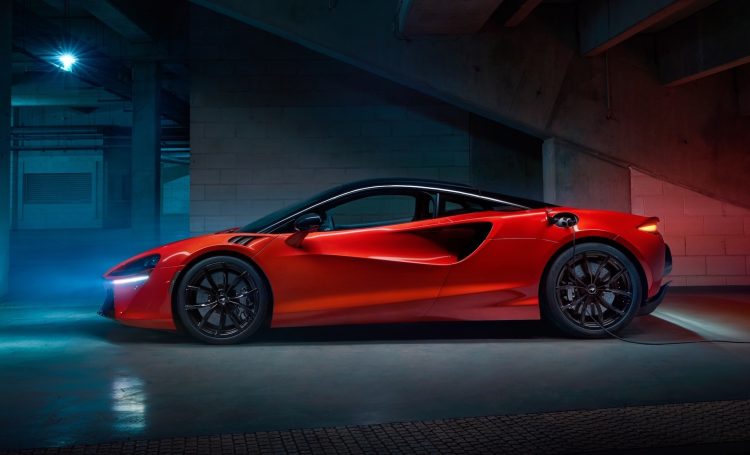 All those powertrain details, combined with McLaren’s love affair with lightweight aluminium and carbon fibre, mean the Artura has a power-to-weight ratio of 488PS/tonne, with a kerb weight of 1395kg. As we mentioned back in February, Ferrari’s F8 Tributo tips the scales at 1330kg, but it doesn’t have to worry about a battery pack or electric motor.

“The McLaren Artura’s all-new, super-lightweight electrified powertrain is at the cutting-edge of high-performance-hybrid technology, engineered to offer all the advantages of internal combustion and electric power in one package and establish new benchmarks for combined performance and efficiency in the supercar class.

“The ‘clean sheet’ design of the Artura has allowed us to focus on how to make this power accessible to the driver and deliver the levels of engagement expected from a McLaren.”

The McLaren Artura is available to order now. McLaren is yet to confirm Australian prices, but local deliveries are expected to begin during the third quarter of this year.