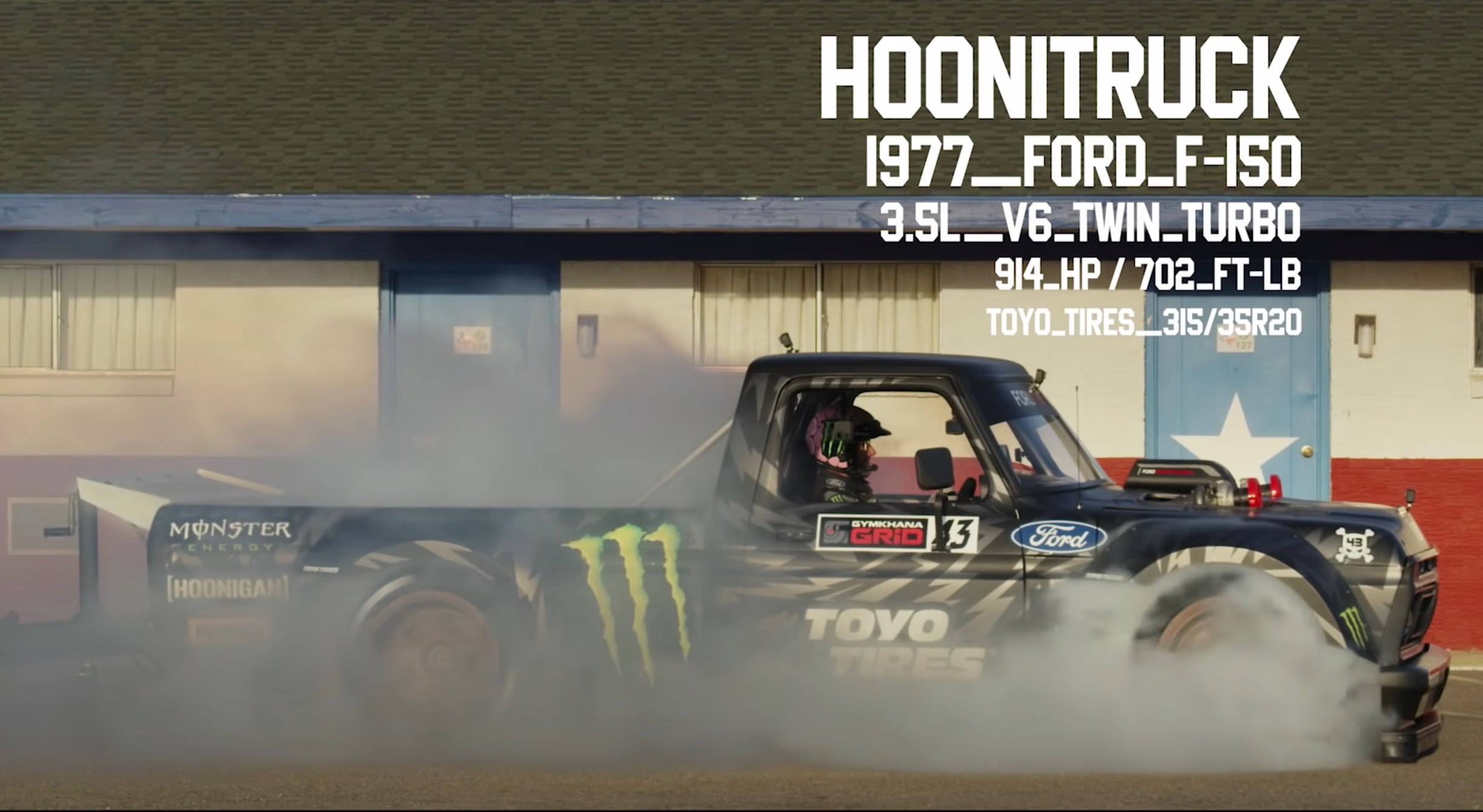 Looking to buy a nice practical ute to run the daily errands? A sensible option has just popped up for sale online, owned by someone called Ken Block. Yep, the one and only tyre-shredding star of the Gymkhana video series, Hoonitruck, is up for sale. 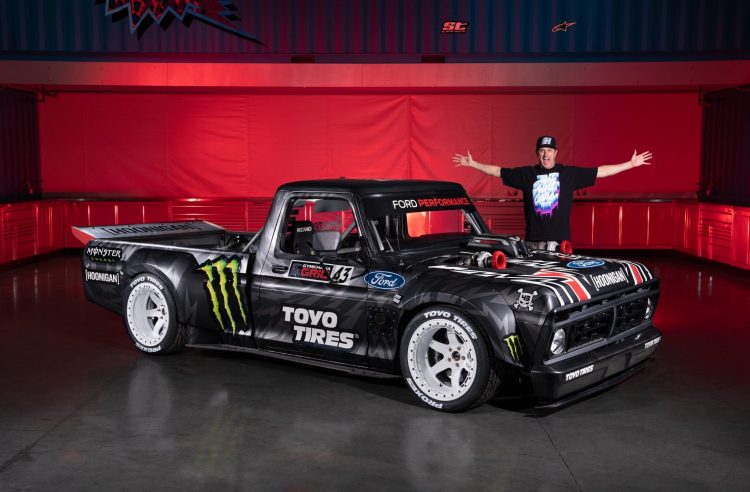 Somewhere under the heavily modified body, and in fact heavily modified everything, is a 1977 Ford F-150 pickup. It was originally created for and made its screen debut in Gymkhana Ten, filmed on Route 66 in Texas. Ken Block also used it in Climbkana Two, filmed in China, and it’s seen in Amazon’s streaming series, The Gymkhana Files.

Anyway, we’re sure you’ve seen it before. The main news is it is up for sale. Although the starting price is US$1.1 million, the seller claims over US$1.5 million has been poured into the epic pickup to get it to its current state. Most of the work was carried out by Detroit Speed, with some of the design touches by Ken Block. 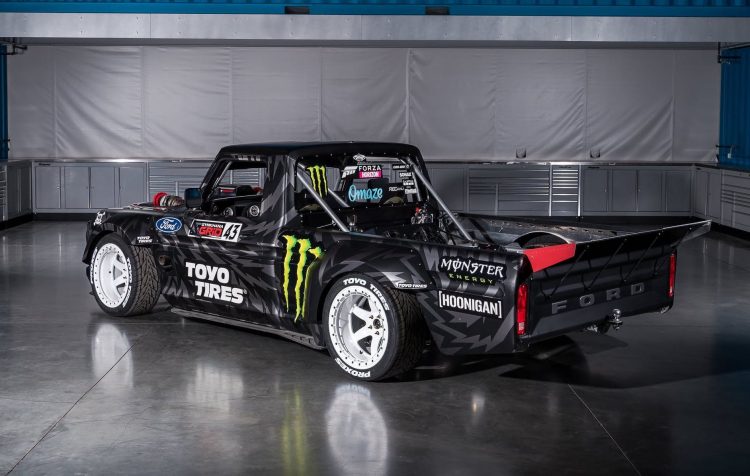 There isn’t much left of the original F-150. In fact, the interior is completely stripped and now includes special reinforcements and a custom dash, while underneath is a full tube-frame chassis. Even the bodywork is custom, with “military-grade” aluminium panels applied, painted in matt black and grey.

Obviously the suspension also came in for some serious work so Ken could drift in all kinds of crazy angles, with ST/KW coilovers at all four corners. The wheels are special one-off forged items with beadlock rims to clamp the tyres on no matter what sort of pressure they are put under, and there’s a full roll cage for safety and rigidity. 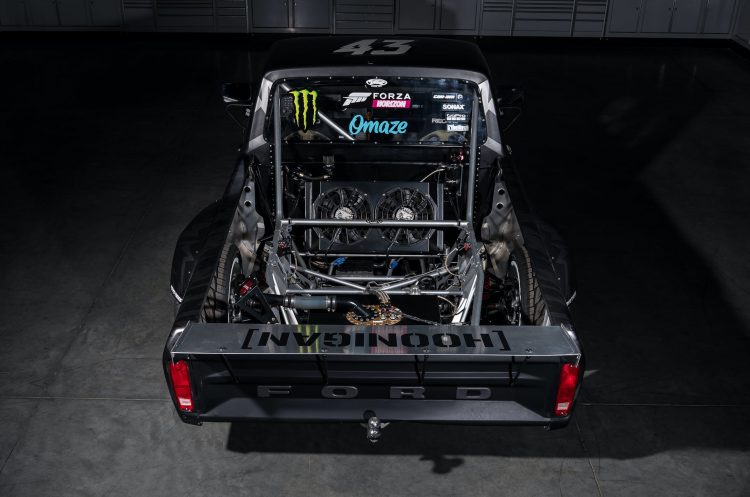 As for the engine, it’s a custom 3.5-litre twin-turbo V6 Ford EcoBoost-based engine, built by Ford Performance and Roush Yates. It features a bespoke 3D-printed intake manifold, a pair of massive turbochargers, and plenty of custom components and gear to support huge power while maintaining good reliability for exhaustive stunts.

Speaking of power, the seller mentions an output of 681kW (915hp) at 7400rpm, and 952Nm. All of this is sent through a Sadev six-speed transmission with heavy-duty four-wheel drive. Obviously this combination is more than enough to turn some tyres.

Interested in becoming the next Ken Block? Well, here’s your chance to start. Head over to LBI Limited for more details. We’ve included some of the Hoonigan videos below so you can reconnect with the ute’s/Block’s mind-blowing capability.