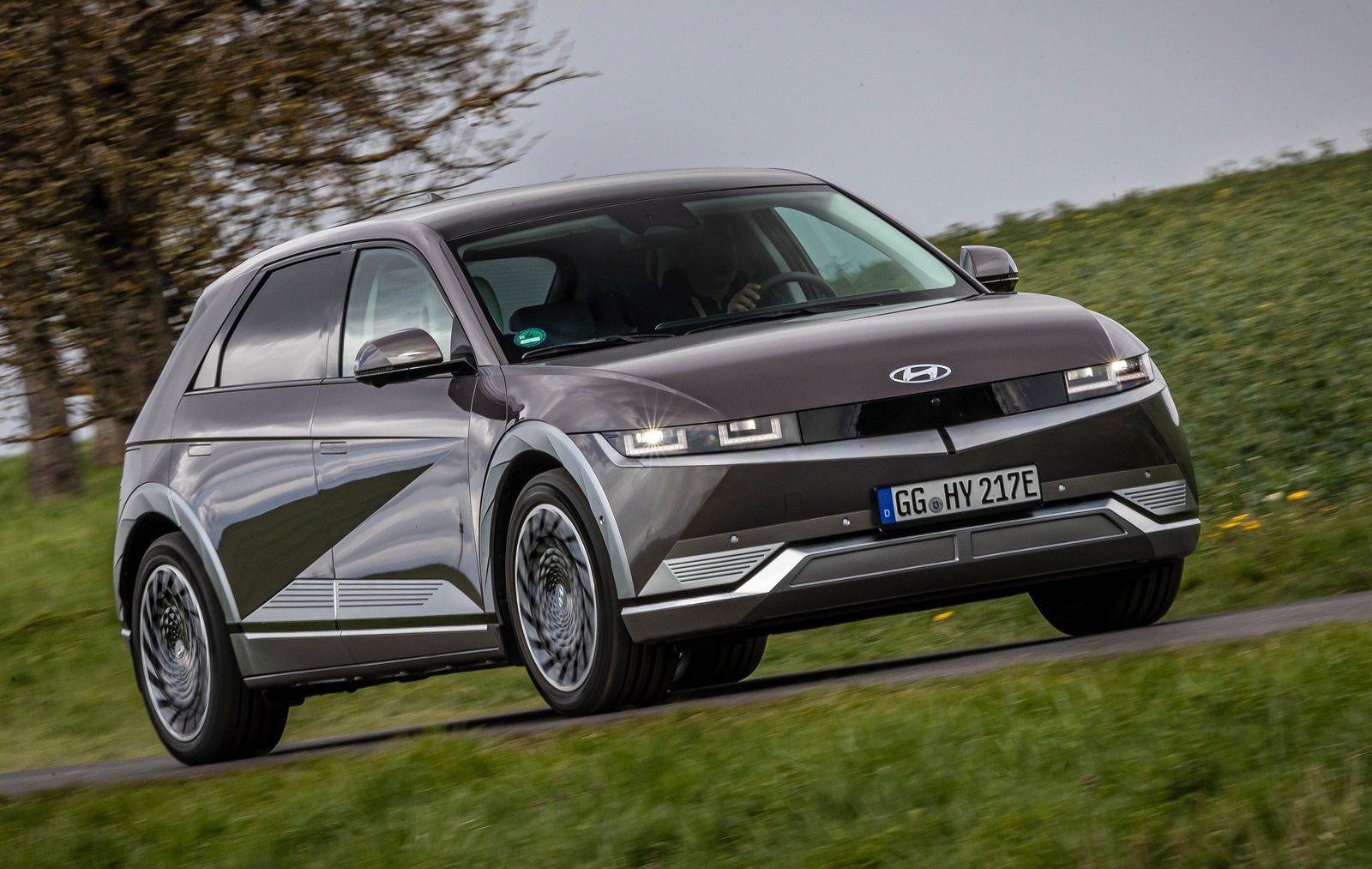 During Hyundai’s first ever N Day earlier this week, the division confirmed it is working on a fully electric N model for the future. While it isn’t set in concrete, it seems the model could be based on the new IONIQ 5 electric crossover/hatch. 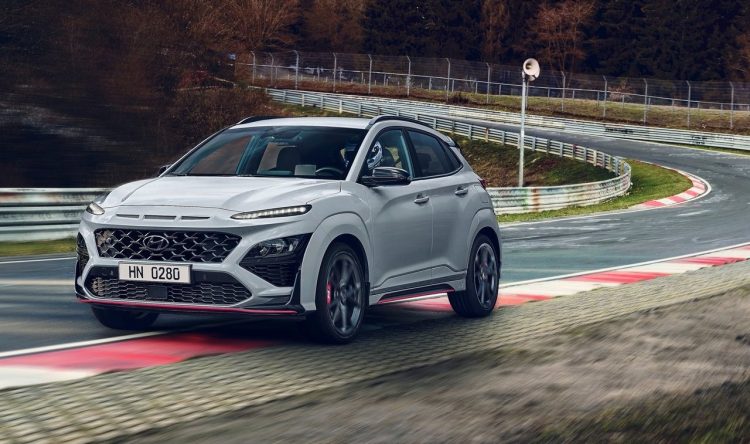 The company held the N Day to global media online on Monday, where we were given a presentation on the new Kona N – the first N SUV and the first high-performance SUV in its class. However, the underlying tone of the event was almost more about the future of N and how it will tie in with the electrification movement.

A promo video, essentially capturing the gist of the media conference, has since been posted up onto Hyundai N’s YouTube channel (embedded at the bottom of this story). And straight away, Till Wartenberg, head of N brand management, says:

“Today, we’re not only revealing the next model in the N family, but also envisioning N’s future direction on electric performance.” 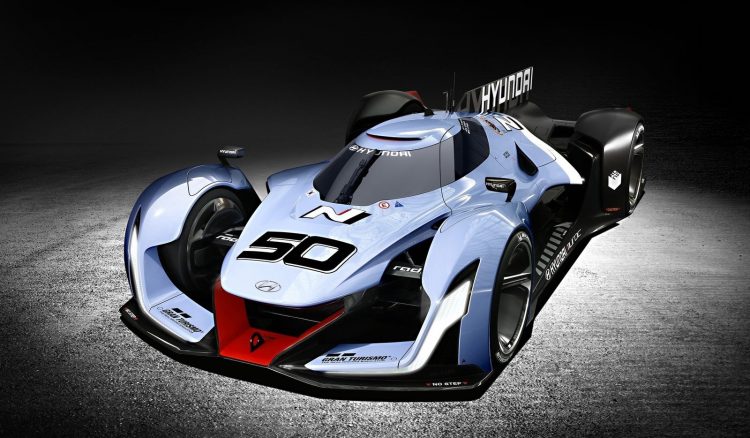 Hyundai has been working on electrification systems for years now, and even the N division has been toying with concepts and ideas for over five years. You might remember the Vision Gran Turismo concept which was unveiled in 2015, coinciding with the debut of the N sub-brand. It showcased an evolutionary hydrogen fuel cell system. Tomas Schemera, executive vice president and head of customer experience at Hyundai, said the concept is “the embodiment of our electric performance direction”.

“Ever since we presented the hydrogen-powered N 2025 Vision Gran Turismo concept, sustainable driving fun has been N’s way of realising Hyundai’s vision of progress for humanity. Now it’s time to make that vision become reality. No matter whether it’s battery electric or fuel cell electric, or even more interestingly, a combination of both,” he said.

Schemera goes on to say that its participation in the electric touring car championship with the Veloster N ETCR “shows our readiness for electric racing”. 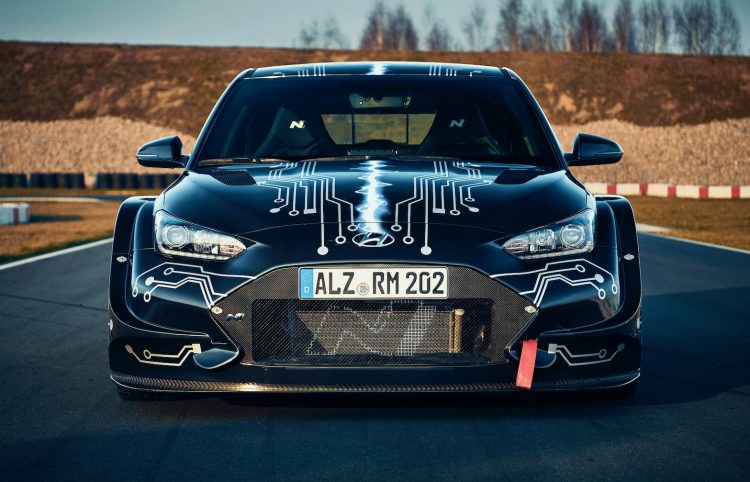 Additionally, the RM20e mid-ship prototype, which debuted last year as a technical showcase featuring input from Rimac (as part of a strategic partnership), gives us some clues of the company’s future possibilities. Schemera says the RM20e concept “gives a solid basis of future N models” for the showroom.

At around the 7-minute mark in the video, Schemera gives us perhaps the most solid confirmation of all that there is an electric N model already in the works, saying:

“As you all know, our new electric global modular platform (E-GMP) has a huge potential. That’s why, I guess, we’ll have the first fully electrified N model based on…” And then it cuts off there, conveniently.

Obviously the first possibility is the new IONIQ 5 as a base. However, let’s not forget Hyundai is working on at least three all-new models under the IONIQ umbrella, all based on the E-GMP architecture. The IONIQ 6 is set to be a sports car already, inspired by the Prophecy concept. Perhaps N will use that as a base?

More and more details are expected to trickle out over the coming months, especially as the IONIQ 5 launches around the globe. In Australia the 5 is scheduled to hit the market during the third quarter. It’s our understanding that overseas markets will get first dibs on production. As such, initial local allocation is expected to sell out fast. 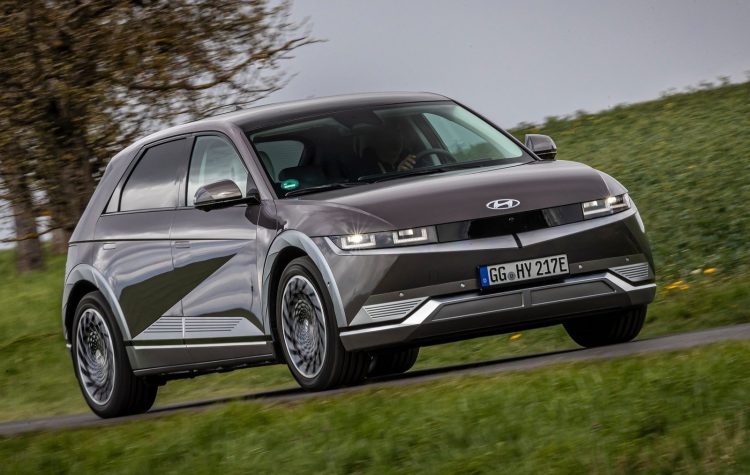 The IONIQ 5 will be offered in a number trim levels and powertrain grades, including single motor with rear-wheel drive, and dual motor with all-wheel drive. In its peak form, Hyundai promises 0-100km/h in as little as 5.2 seconds, with up to 225kW and 605Nm.

Interestingly, Kia has already confirmed a ‘GT’ version of its EV6, which shares the same E-GMP layout. It develops 430kW and conquers 0-100km/h in just 3.5 seconds. We reckon an N model might even trump that, considering Kia’s GT line of cars are not as serious as Hyundai’s N philosophy. We’ll have to wait and see. Check out the video below for the full insight.