If you’re after an SUV even more special than the normal Evoque, Range Rover is announcing the Evoque Silician Yellow Limited Edition. It comes with a distinct yellow and black colour scheme which is spread throughout the exterior and interior. 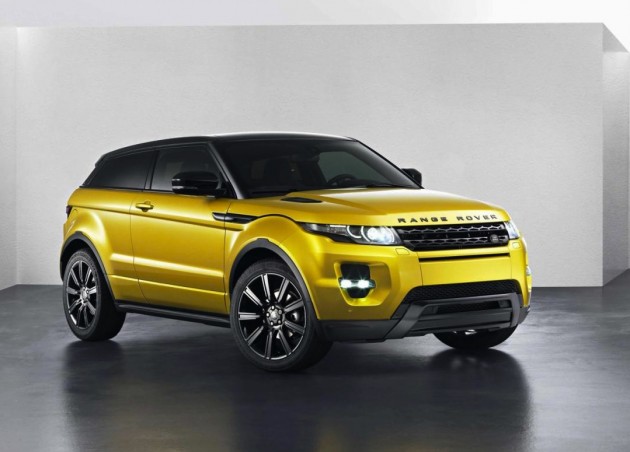 Based on the 2013 Evoque Dynamic Plus (two-door or five-door), the exterior showcases a Silician Yellow colour scheme contrasted by Santorini Black highlights, including a black roof, side mirrors, pillars, front grille and 20-inch forged alloy wheels.

Inside, the special edition is trimmed in black leather with yellow stitching, while some yellow panels give the dash some contrast and match the exterior colour. 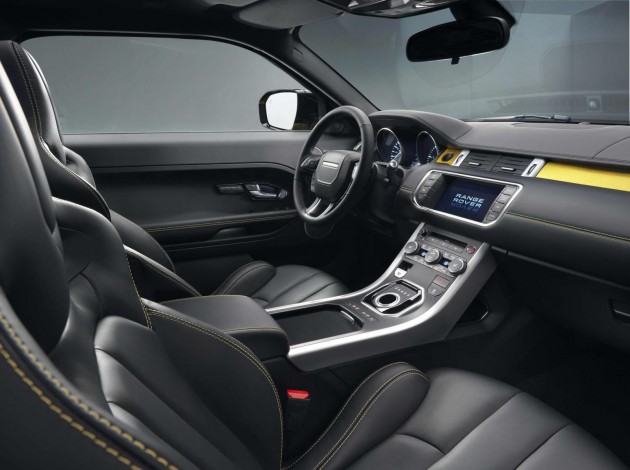 Market entry for the Sicilian Yellow Edition will take place during the third quarter of this year. Australian prices are yet to be announced – the current entry-level Dynamic TD4 kicks off at $65,495 for the six-speed manual (excluding on-roads).