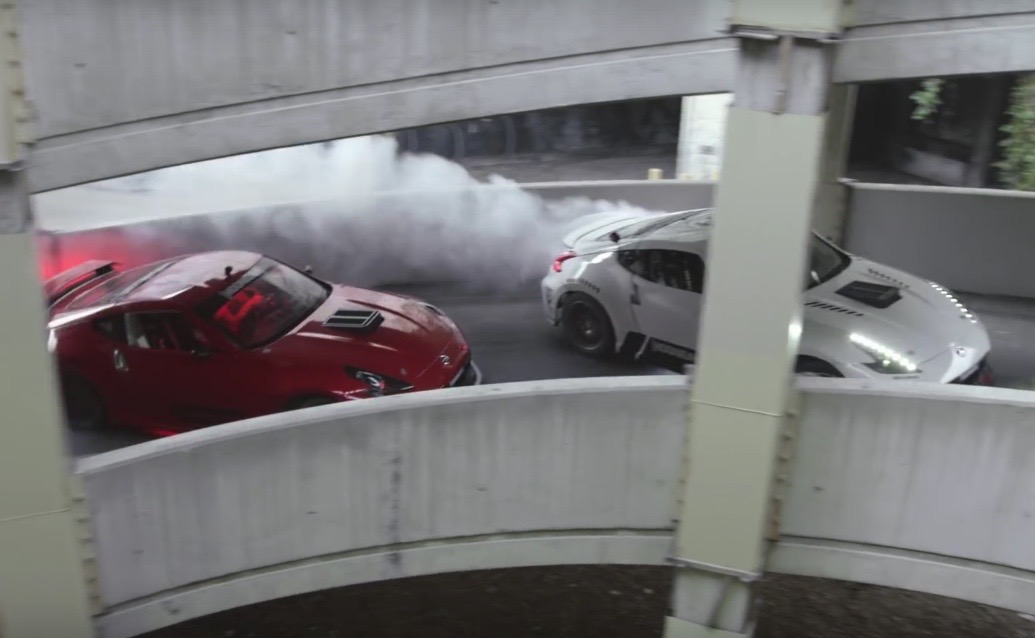 You’ve probably all witnessed some form of shopping centre hooliganism. You know the sort; loud stereo, creeping over speed bumps at the speed of a snail, and of course donuts in the carpark.

Nissan and Hoonigan have put together a gymkhana-style video comprising of two specially-made Nissan 370Z drift cars, taking shopping centre hooliganism to extreme. They both feature a V8 engine with around 746kW each (1000hp).

The two chase each other around an abandoned shopping mall in L.A., including through a multi-story car park and perilously close to the edges of some drops. It’s all been put together to celebrate Black Friday. Take a look at the two videos below.