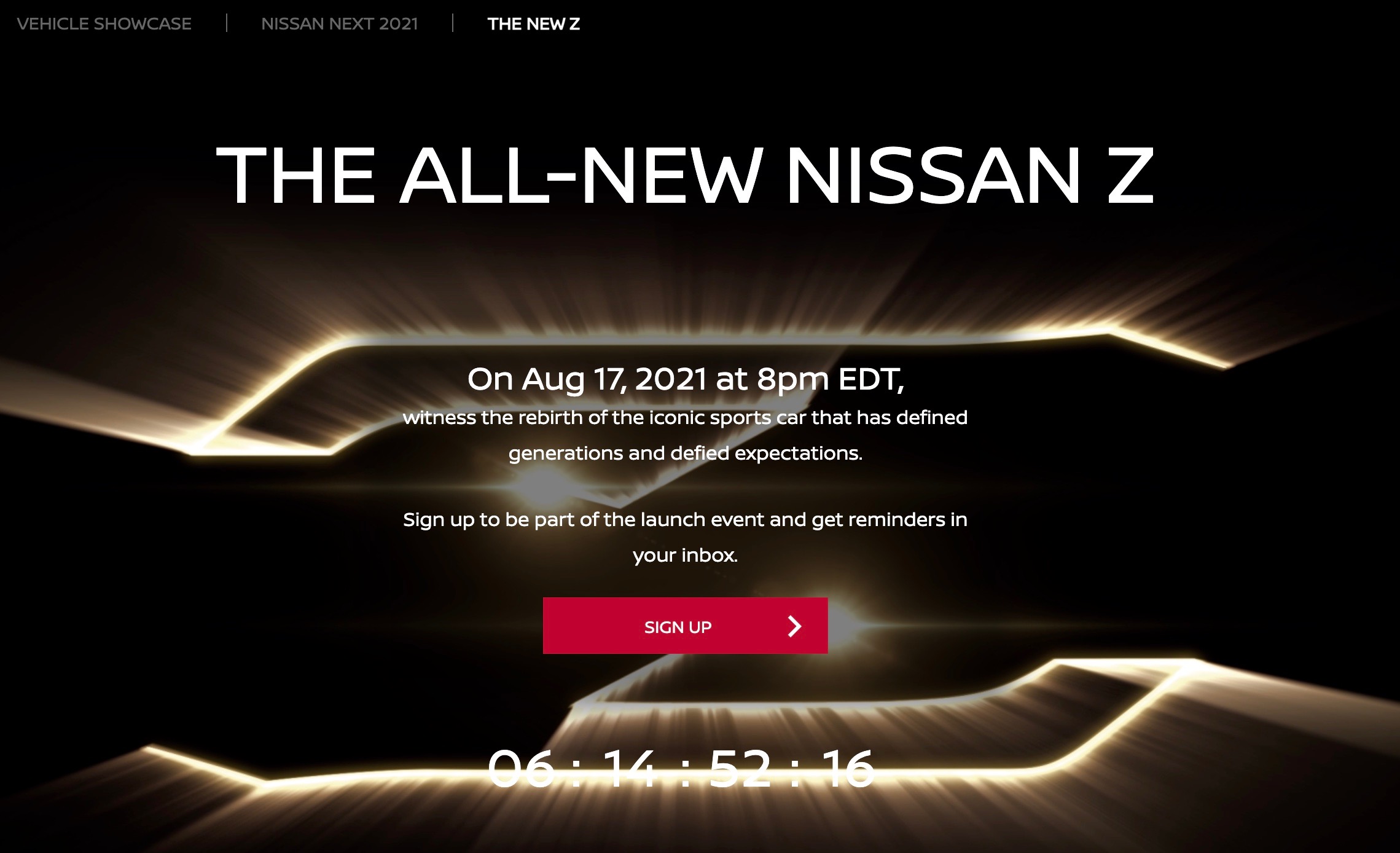 The hugely-anticipated 2022 Nissan Z car will be unveiled next week on August 17, the company has finally confirmed, after leading fans on with a sneak peek last year with the Proto Z concept. 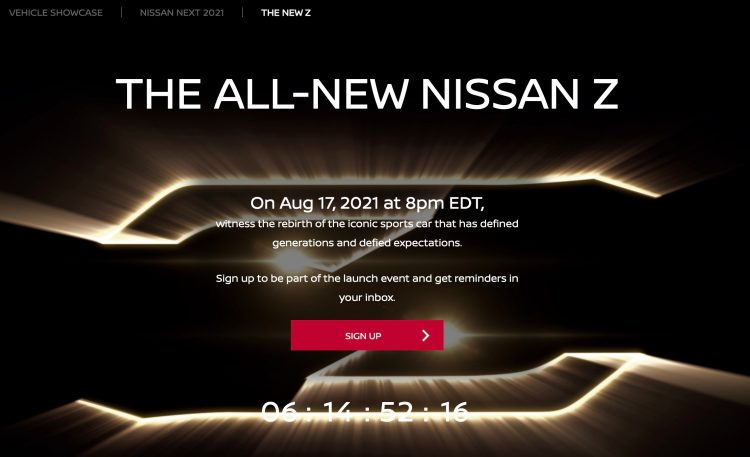 Nissan unveiled the Z Proto in September 2020. It was a pre-production concept described by Nissan’s CEO as being very close to production design. However, the company has today confirmed an official world debut for the showroom model will take place in New York.

It’s not at the New York motor show, as that’s been cancelled due to COVID-19, but a special event is being held for the debut on August 17 (August 18, AEST). A special web page has been set up in the USA showing an exciting countdown timer. 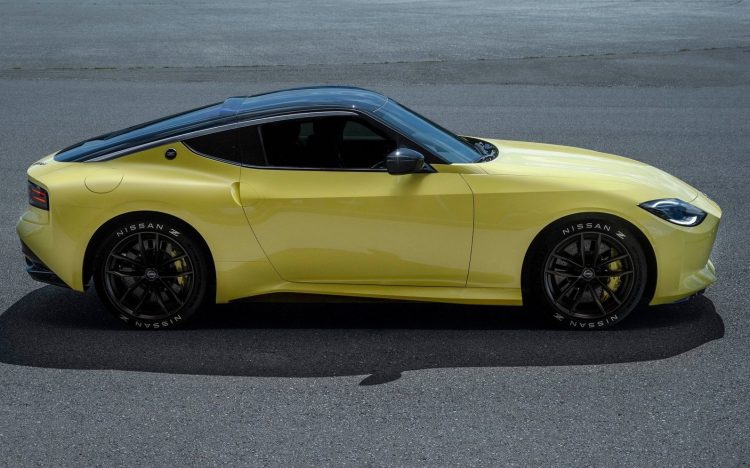 Although Nissan is yet to officially confirm, the new Z car – name not yet known (potentially Fairlady Z or 400Z) – is very likely to feature Nissan’s VR30 3.0-litre twin-turbo V6 engine. After all, the company has confirmed the model is powered by a “twin-turbo V6” of some description.

Outputs are still a bit up in the air, but as a guide the VR30 engine does produce up to 298kW and 475Nm in the case of the Infiniti Q50/Q60 Red Sport. That should be enough to fend off the likes of the new Toyota GR Supra (285kW).

Fans might also remember that epic Infiniti Project Black S concept from 2018, showcasing a tuned and tweaked version of the VR30 with hybrid assistance, developing a mega 418kW. Although, something like that might be reserved for a future Nismo Z car.

Whatever the engine, Nissan has confirmed a manual transmission will be available, along with rear-wheel drive. Expect a 0-100km/h time of around 5.0 seconds or less with the auto. 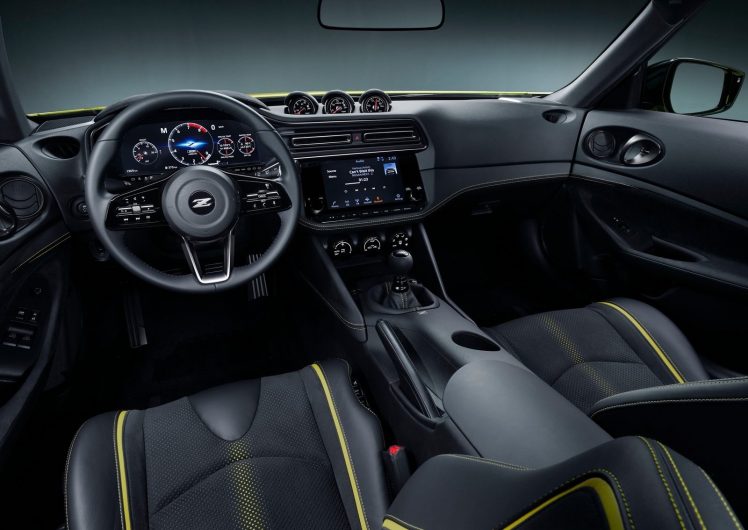 Inside, we reckon Nissan will pretty much carry over the layout from the Proto Z concept. In that, there’s a nice new touch-screen, a sporty seating position, and Nissan’s latest design language for the dash and switchgear, albeit with some unique Z themes. Unlike some concepts which feature an outrageous layout, the Proto Z’s interior seems totally plausible for a production car.

We don’t have to wait long to know all the info. It was reported earlier that orders will open in November, while an Australian introduction is likely to take place late next year.