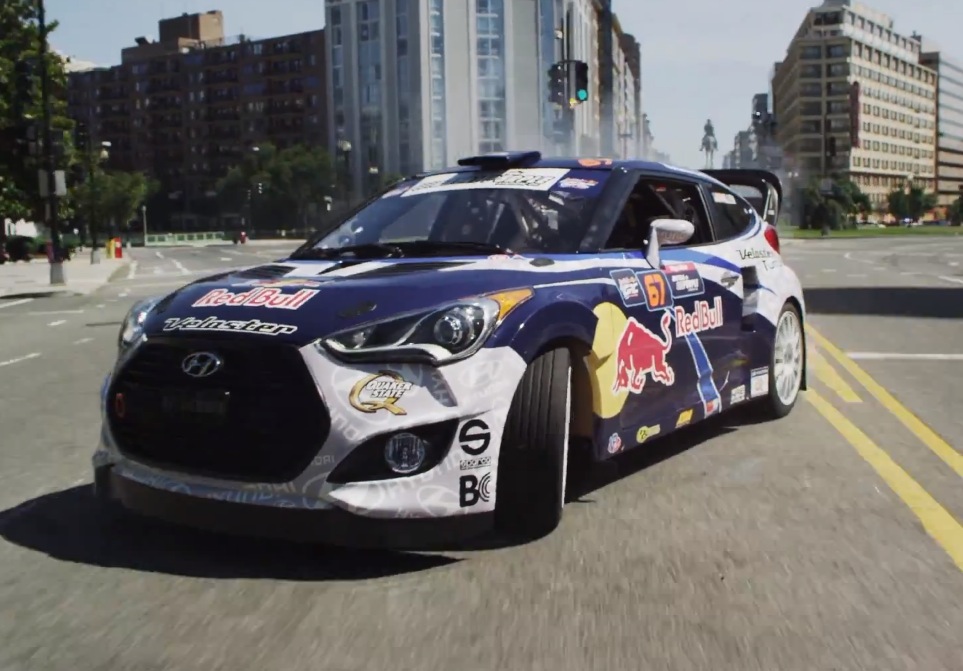 As a way of building up some excitement for the World Rallcross round in Washington D.C. this weekend, Red Bull Racing has, with the help of Rhys Millen and the Hyundai Veloster rally car, made a mess of the US city in a new gymkhana/Ken Block type video. Wouldn’t be nice to have the roads of a city closed off so you can design your own racing track playground? It looks like lots of fun.