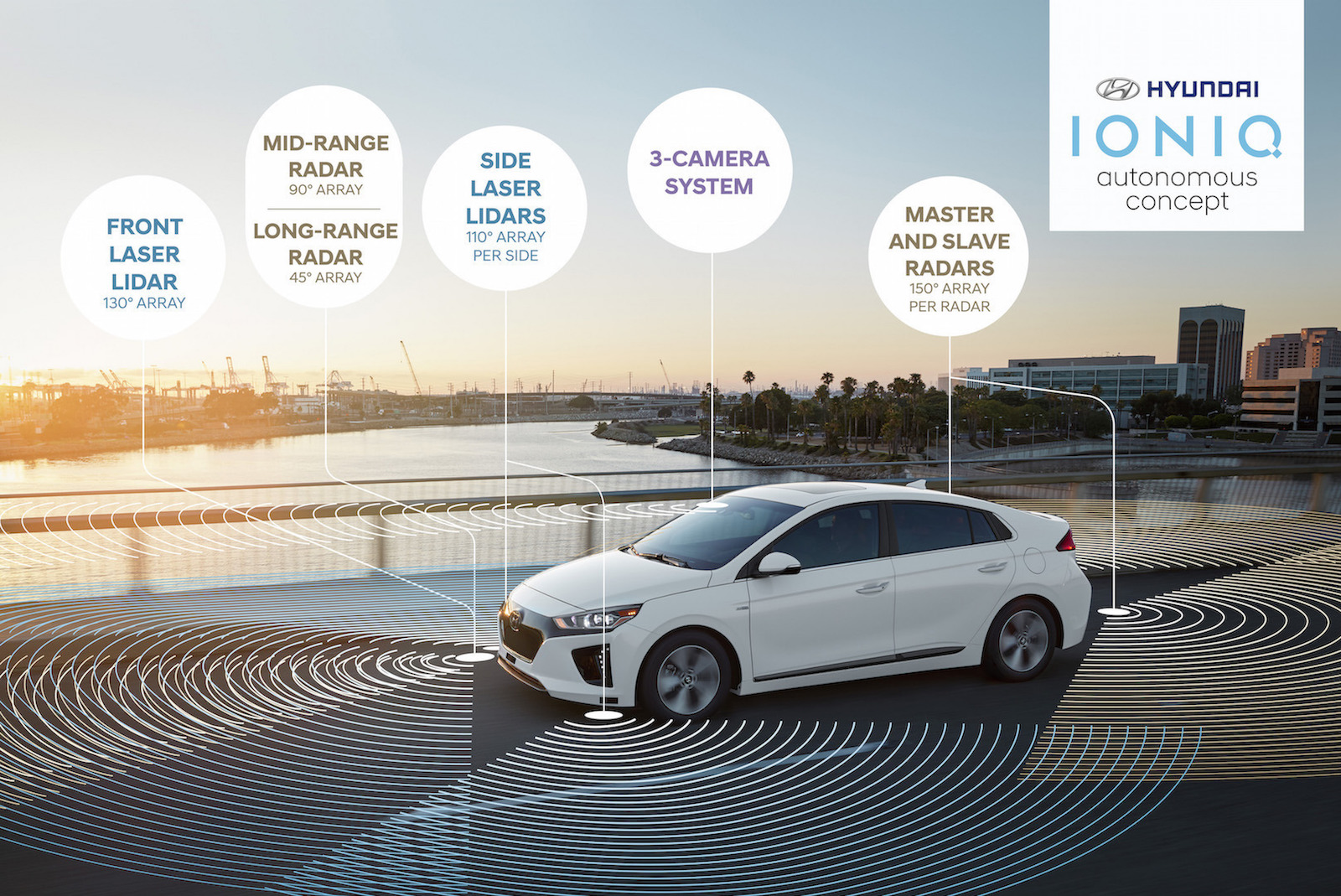 Hyundai has revealed it is heading to the upcoming CES show in Las Vegas with two autonomous versions of its IONIQ hybrid. 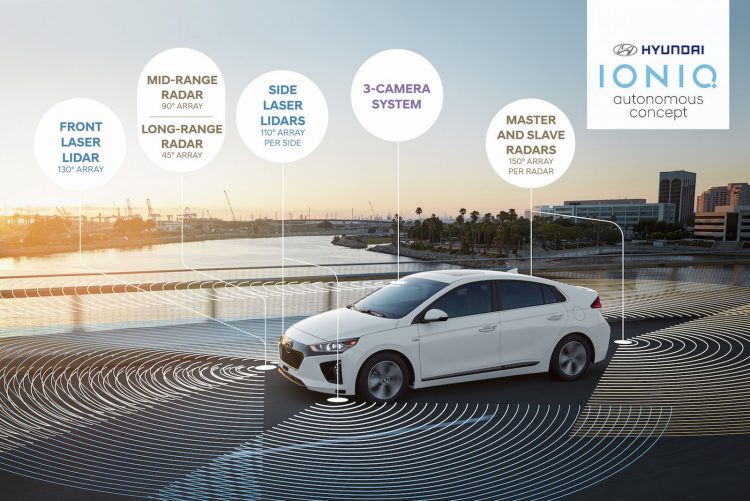 Earlier this year Hyundai received a license to test the two autonomous concepts on the streets of Las Vegas during the Consumer Electrics Show (CES), which kicks off on January 3, 2017.

The Korean manufacturer announced it was planning an autonomous IONIQ concept at the Los Angeles Auto Show, billing it as one of the few self-driving cars in development to have a hidden LiDAR system in its front bumper. Hyundai says the benefit of this is that hiding the LiDAR system means the IONIQ looks “like any other car on the road, and not a high school science project”. 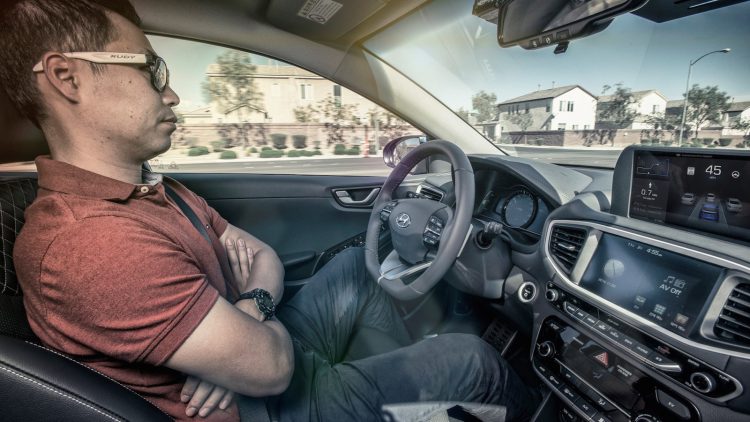 Hyundai’s LiDAR system features a forward-facing radar, three camera array for pedestrian proximity, lane markings and traffic signals, a GPS antenna, high-definition mapping data from Hyundai MnSoft and blind-spot detection radar. Hyundai says it is aiming to create a low-cost platform for autonomous driving that uses less computing power which it can release on other cars in the lineup.

The announcement comes just two weeks after Hyundai set the land speed record for a hybrid vehicle, when an IONIQ hybrid prototype raced along the Bonneville Salt Flats at 254km/h.

Hyundai launched the IONIQ overseas back in January with electric, plug-in hybrid and hybrid variants on offer, billing the IONIQ as a vehicle capable of “breaking the mould for hybrid vehicles,” promising not only fuel efficiency but also a “fun, responsive drive”. 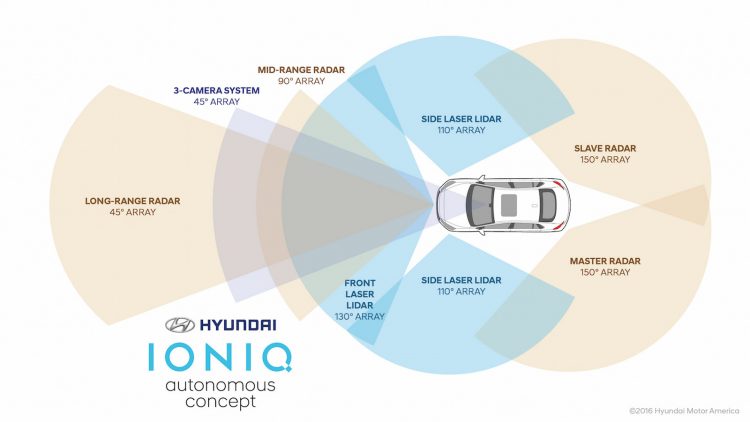