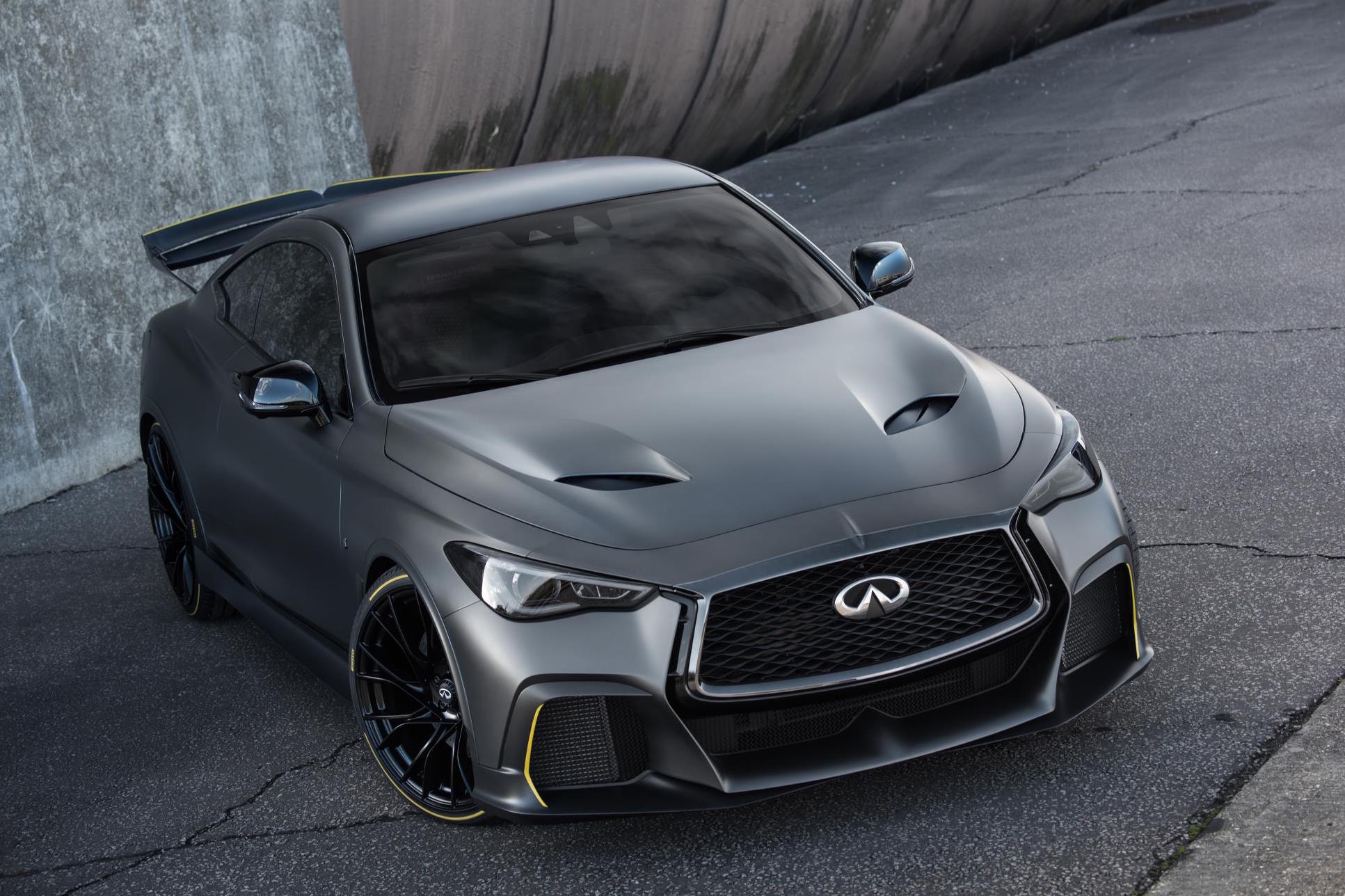 Check out this racy sports coupe. It’s called the Infiniti Project Black S, and it’s pitched as a design study to inspire future models. It showcases an advanced hybrid powertrain derived from Formula 1 technology, and features some crazy aero elements. 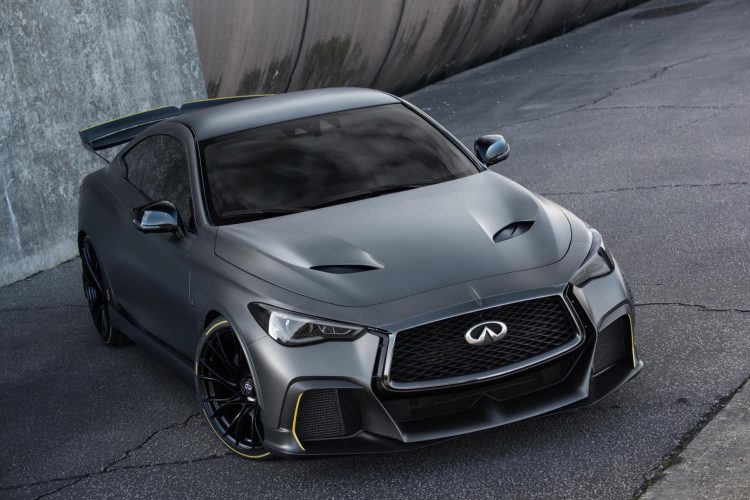 The concept is based on the Q60 Red Sport coupe, but you wouldn’t be ridiculed for thinking it kinda looks like a Nissan GT-R upon initial glance. You’ve got a big wide grille at the front with a deep chin spoiler, big side intakes, and some racy heat extraction vents in the bonnet.

Around to the sides and there’s some sill skirting, in black, with black side mirrors and window trims, and a set of black alloy wheels. You might also notice the discreet yellow highlights around the front corners and tyre print. An image of the rear hasn’t been sent out, but it’s pretty easy to spot the huge wing that’s also trimmed in yellow.

By far the most interesting element of the Infiniti Project Black S concept is the powertrain. Under the bonnet is a 3.0-litre twin-turbo V6 ‘VR30’ engine that produces 298kW (as with the regular Q60 Red Sport). However, this is connected to an advanced electric drive system that boosts overall output to 418kW. This, according to Infiniti, translates to a 0-100km/h time of under 4.0 seconds.

The powertrain was developed as an engineering project between Infiniti and Renault Sport Formula One Team, featuring three motor generator units and a kinetic motor generator that helps recover energy during braking. The twin electric turbochargers are also fitted with two motor generator heat units that also harness heat energy from the exhaust.

At this stage there are no plans to put the Project Black S into production as is. However, future models could very well use powertrains inspired by the technology developed here. Speaking about the car, Roland Krueger, chairman and global president at Infiniti, said:

“The Project Black S represents the very top end of electrification in the Alliance portfolio, and is another example of Infiniti’s entrepreneurial spirit on its journey to electrification from 2021 onward. Project Black S’ utilises high power and smart energy management from advanced powertrains, a thrilling dynamic capability on road and track, and a performance-oriented aesthetic.”

Infiniti will be showcasing the concept at the Paris motor show next week. Let’s keep our fingers crossed for a production version in the near future.