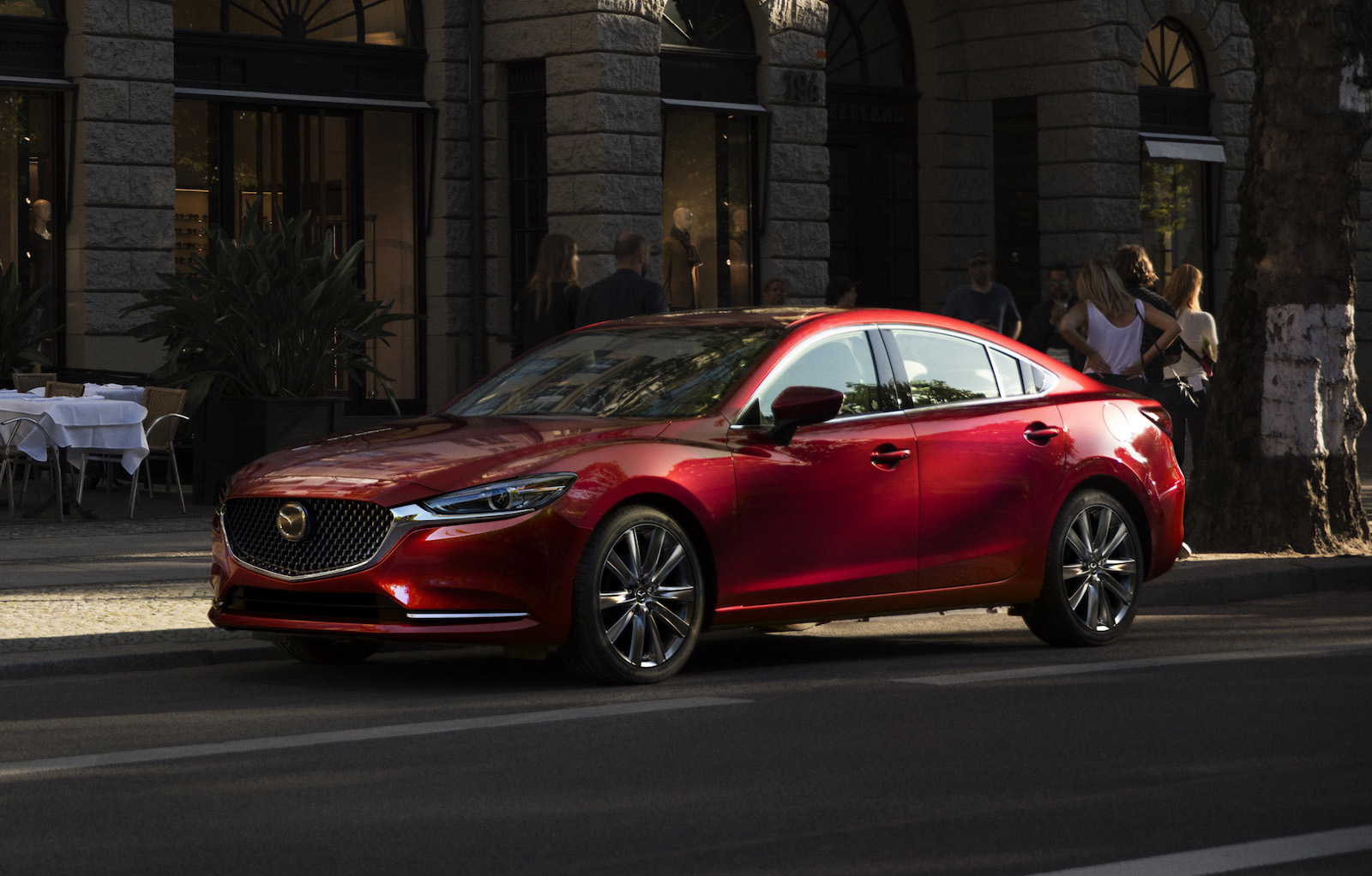 Medium-size sedan fans can rejoice as the 2018 Mazda6 has been fully revealed at the Los Angeles auto show. Some variants come with a turbo-petrol engine for the first time, adding some spice the conservative vehicle class. 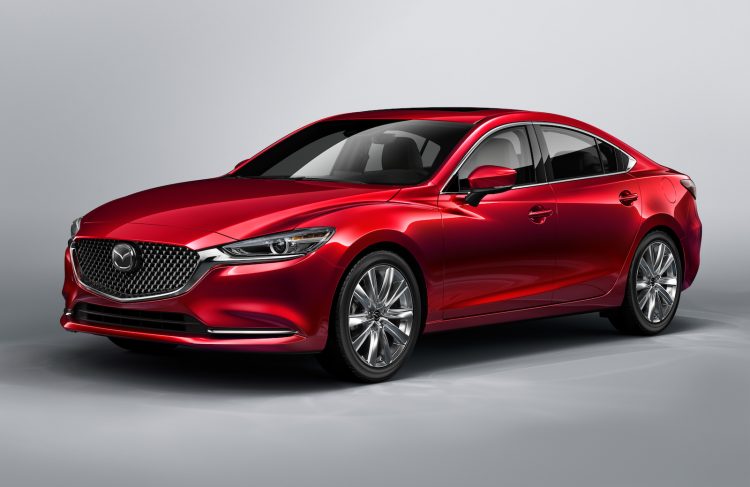 Previewed by the Vision Coupe concept at the Frankfurt motor show in August, the new Mazda6 adopts an all-new body design which Mazda calls “Mature Elegance”. It’s an evolution of the ‘Kodo – Soul of Emotion’ philosophy, infusing plenty of modern touches.

At the front you’ll notice the new-look LED headlights with integrated fog lights, along with a deep and wide front grille that gives the car a braced stance, with an impression of a low centre of gravity. There’s also some new-look alloy wheels, ranging from 17 to 19 inches, while around at the back is a repeat of the low and wide theme, carried across in a similar fashion to the current model.

Inside is where things really step up in terms of technology and luxury Mazda is obviously looking to propel the 6 into the class with a more premium appeal. It looks exquisite, especially in the upper variants. Everything is new except the sporty steering wheel and some minor trim pieces. 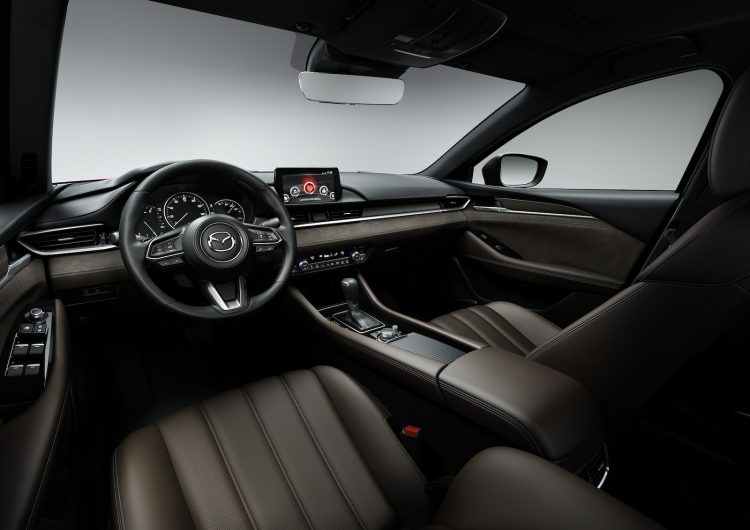 On the Atenza variants passengers are treated to special Sen wood trimming, Nappa leather and Ultrasuede upholstery for the doors, seats and dash, with some completely redesigned seats that are wider and packed with higher density, vibration-absorbing foam.

There’s also a new 8.0-inch MZD Connect infotainment display with sharper graphics, and a configurable 7.0-inch digital driver’s display on the top Atenza. Some of the advanced safety systems being introduced include radar cruise control with stop-and-go functionality – standard across the range – along with lane-keep assist, traffic sign reading, and intelligent speed assist.

As for one of the most exciting parts; the engine. Mazda will be introducing its 2.5-litre SkyActiv turbo-petrol four-cylinder for the first time. This engine was first introduced in the latest CX-9, and it will be offered in the GT and Atenza variants. It produces 170kW and 420Nm. A 2.2-litre turbo-diesel will continue as an option, while other variants continue with the 138kW 2.5-litre non-turbo petrol.

Mazda Australia says the new model will go on sale locally towards the second half of 2018. Finer details and prices are yet to be confirmed.