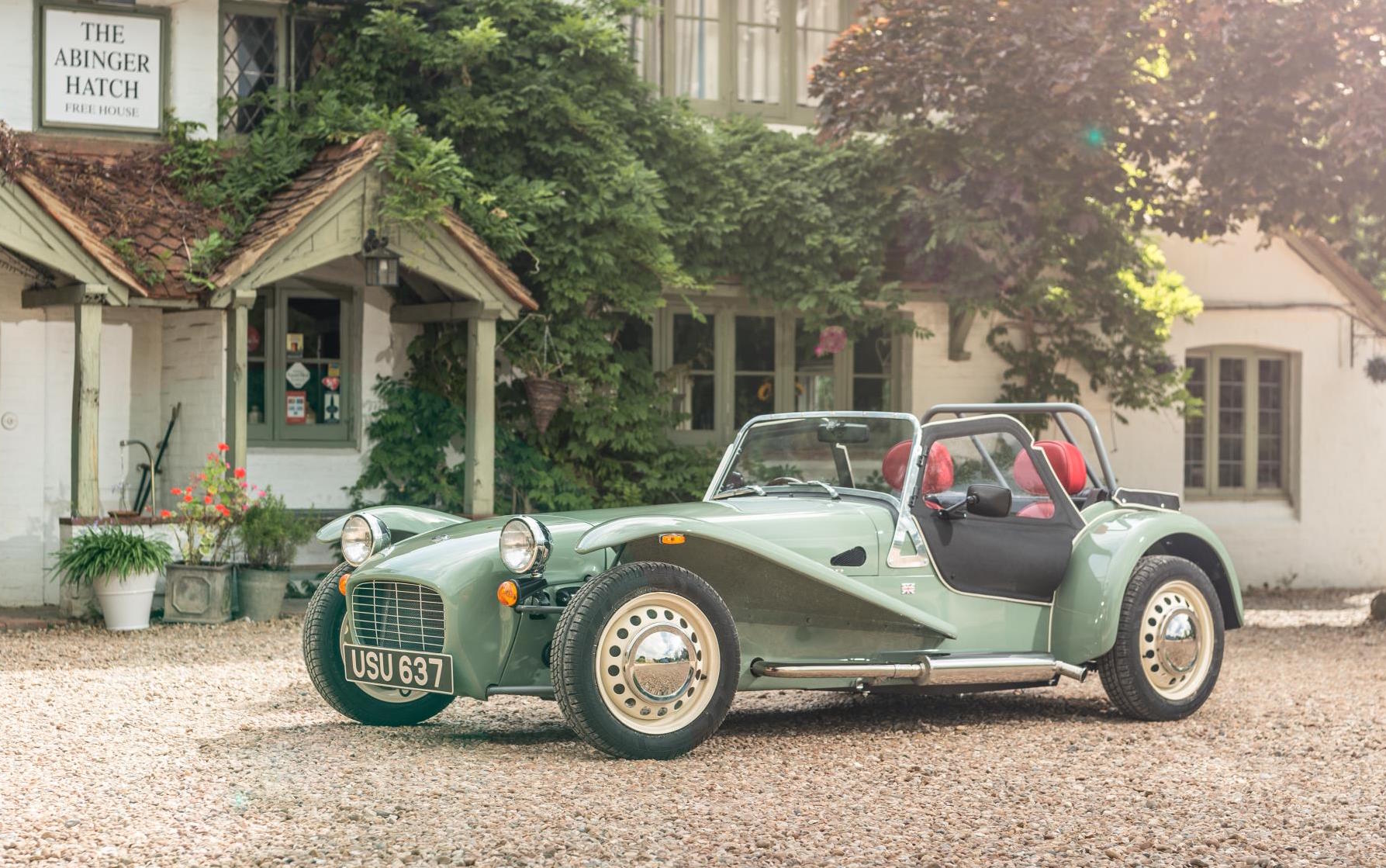 If you’re a big fan of the notion of ‘back-to-basics motoring’, Caterham has just launched what could be the perfect car for you. It’s called the Seven Sprint. 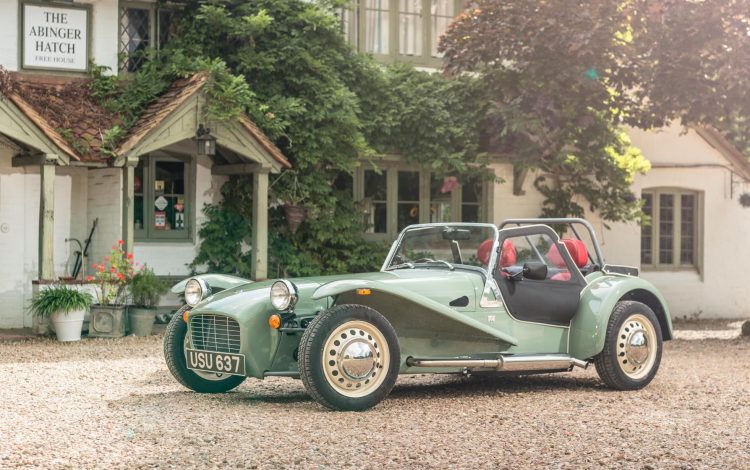 As you can see, this is a clear retro throwback to the original Lotus 7. Even the wheels are inspired by original multi-slot ’steelies’ with chrome hub-cabs, wrapped in very narrow tyres. The hub-caps match the chrome side-exit exhaust, chrome window surrounds, and chrome headlights.

The Seven Sprint is all about harking back to the original 7, and fittingly, buyers can option from a range of six nostalgic colours including Mellow Yellow, Regency Red, and Camberwick Green as featured on the car shown above. There’s also Cream, Misty Blue, and the iconic British Racing Green.

Caterham fans will spot the unique front wheel arches which flare out and point at the tip, unlike the wrap-around items on the regular models, as well as the individual taillight setup which isn’t used on the modern-day brothers.

For the cabin there’s a proper wooden steering wheel with matching wood trimmings on the dash, hand-stitched scarlet red upholstery, and a traditional instrument cluster with four main gauges presented to the driver like in the original.

Being based on the current Seven 160, power comes from a 660cc turbocharged three-cylinder Suzuki engine producing 60kW and 107Nm. This doesn’t seem like much power but considering the Seven weighs just 490kg, it translates to a great power-to-weight ratio. As a result, acceleration from 0-100km/h takes just 6.9 seconds.