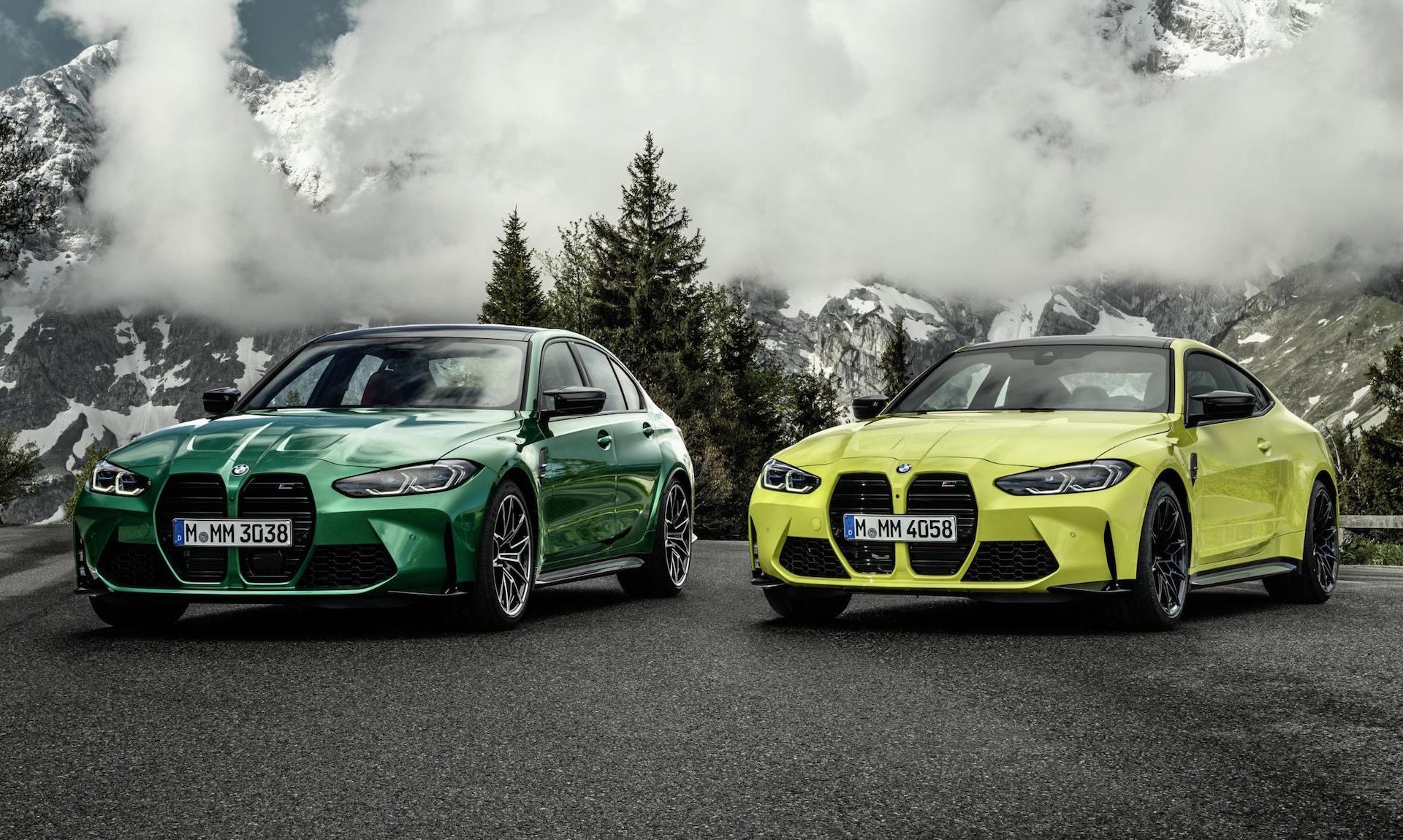 After years of development, testing, teasers, and leaks, the new-generation 2021 BMW M3 and M4 have finally debuted. Codenamed G80 and G81, these are more powerful than ever, more advanced, and bigger than ever before as well. 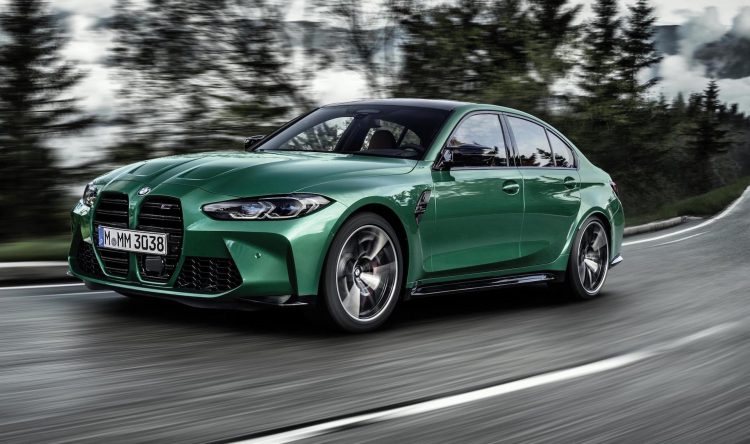 It looks like most of the previously reported information was correct. BMW will be offering two main versions, including the standard M3 and M4, and then the M3 Competition and M4 Competition. Both have been confirmed for Australia, although the Competition will arrive a bit later.

Both are powered by the S58 3.0-litre twin-turbo inline-six engine. This unit debuted with the X3 M, but it has evolved slightly and features sharper throttle response. It’s actually not all that different to the BMW P58 racing engine, using the same block, head, and injection. Only the exhaust and ECU are different. In fact, the race engine requires the same service intervals as the road-going unit. 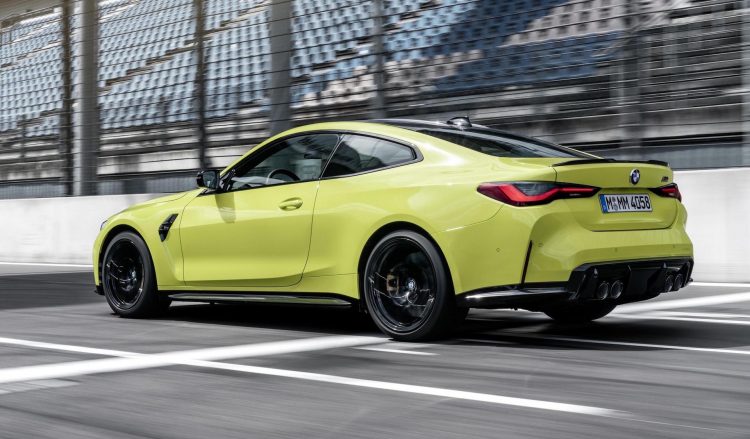 Moving up to the Competition versions sees the outputs climb to 375kW at 6250rpm, and an impressive 650Nm available between 2750-5500rpm. In the Competition the uprated engine is matched to an eight-speed automatic transmission (not dual-clutch). Acceleration for these models across 0-100km/h takes a claimed 3.9 seconds, and 12.5 seconds for the 0-200km/h sprint.

These figures make it the quickest M3 and M4 ever made for the showroom. Despite offering awesome low-down torque, BMW says there is a reason to rev the engine out to its 7200rpm redline. This will be especially important for traditional M3 fans. 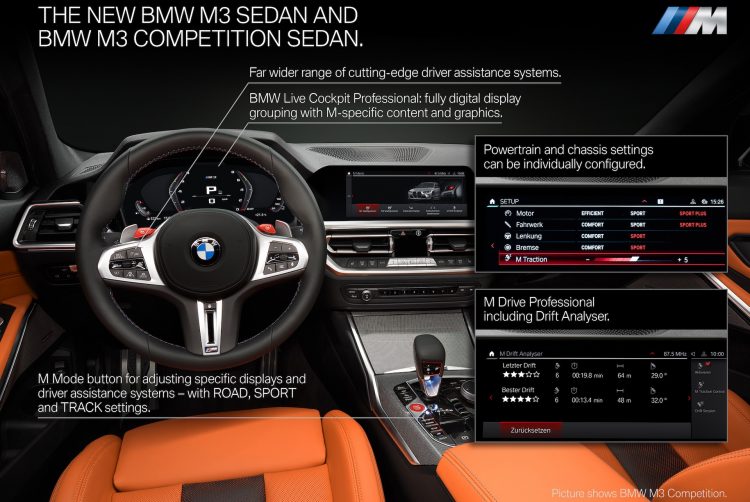 For the first time in history BMW will be offering an optional M xDrive all-wheel drive system for the Competition models. It’s a rear-biased system, essentially running the same setup as the M5 and M8. Drivers will be able to choose between 4WD and 4WD Sport modes, as well as RWD mode when the stability control system is deactivated. With AWD, we’d anticipate even quicker 0-100km/h times. 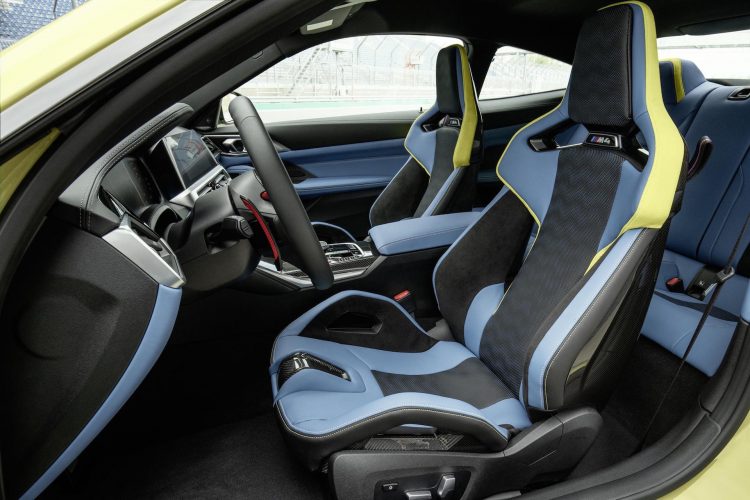 However, buyers will be able to option for some crazy carbon fibre bucket seats (pictured above) saving around 10kg per seat, as well as M carbon ceramic brakes to slash more weight. Special chassis reinforcements administered have also contributed to added weight, but at the same time made the cars more rigid than before to provide more precise handling.

One of the new advanced technologies coming in is a BMW M Drift Analyser. This is essentially a drifting coach system whereby the on-board computer can record and provide a rating for drifting exercises. There’s also an M Laptimer, and Gear Shift Assistant for the manual transmission with automatic rev-matching. Drivers can also choose between Road, Sport and Track driving modes, each providing alternative throttle response, steering feel, and gear shift mapping with the automatic models. 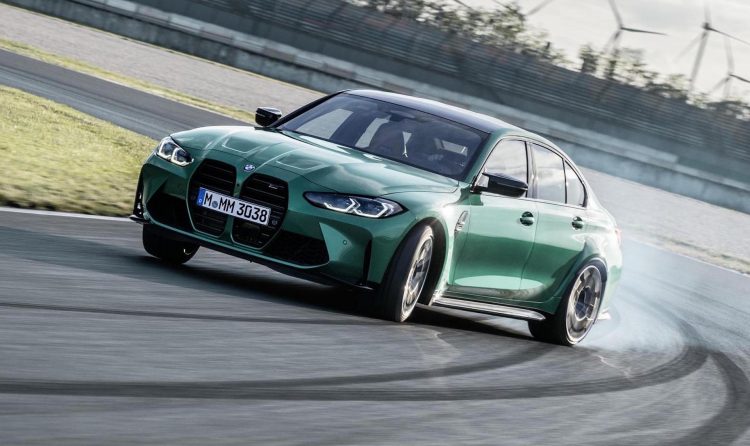 Aside from the technical foundations, the new models obviously wear a completely new look. And yes, those grilles do stand out. BMW M has crafted the bonnet in a way that does seem to blend these grilles more smoothly into the bodywork, compared with the regular 4 Series anyway. BMW M says they do provide proper cooling function for the powertrain, while the lower bumper bar houses an aggressive spoiler. There’s also more aggressive side skirts than ever before, and a protruding rear apron and finned diffuser at the back.

BMW Australia confirms the new M3 and M4 will go on sale locally during the first quarter of 2021. The Competition models are then scheduled to arrive “by late 2021”, the local division says. Speaking with media during a presentation last night, BMW M boss Markus Flasch confirmed the new M4 Convertible will debut mid-2021.