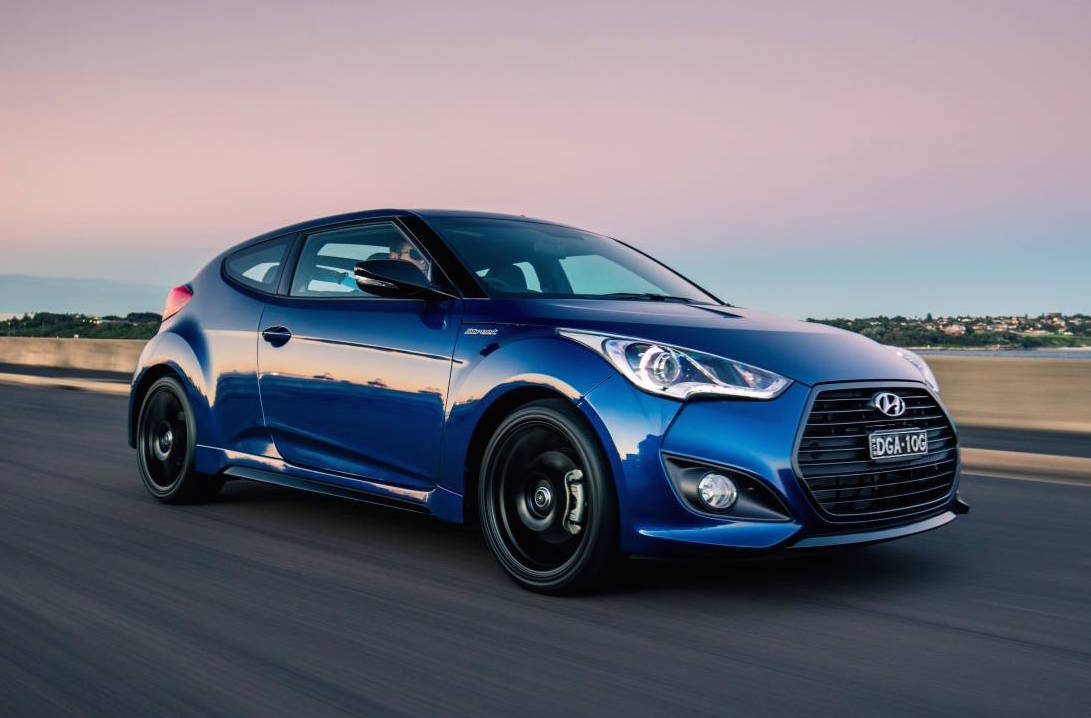 By now the Hyundai Veloster is quite a well-known sports car despite featuring a very unique four-door hatch body style. A new special edition has been announced for Australia to spice up the range, called the Street edition. 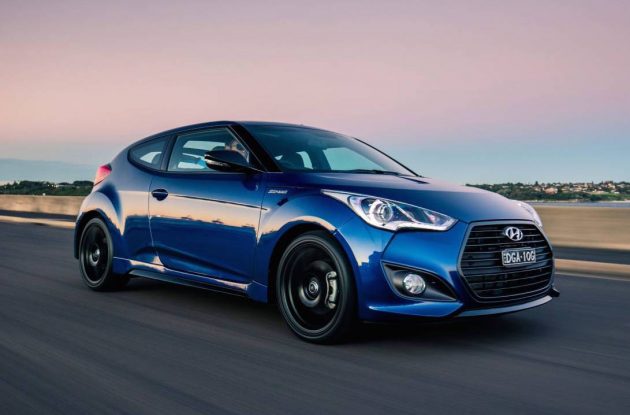 Building on the sportiness of the Veloster SR Turbo + Series II, the Street edition adds $3000 worth of spicy enhancements. Unfortunately for those wanting more power, this special pack only adds cosmetic and handling changes.

For the exterior there’s a set of 18-inch RAYS Gram Lights alloy wheels in semi-gloss black, with a matching Phantom Black front grille and front spoiler, and black side mirrors. The rear diffuser is also black, with matching side skirts and unique ‘Street’ badges on the front guards.

To finish off the exterior Hyundai has fit some XID Xenon headlights and given it a Dazzling Blue Mica paint job. Although it doesn’t sound like much, it does give the muscly little hatch a distinct look. We have seen an example hiding away at Hyundai’s headquarters and it we must say it does look eye-catching. 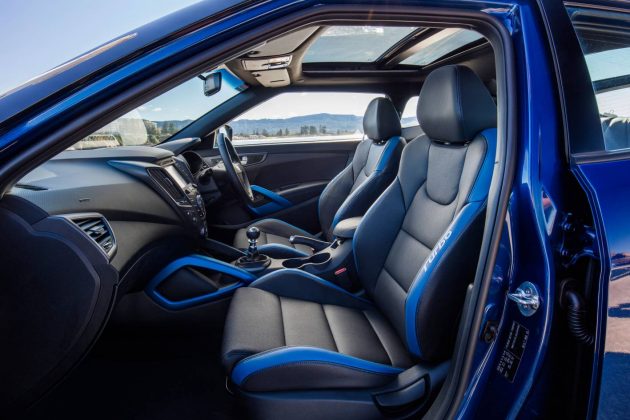 Stepping inside, the interior gets some bespoke leather sports seats in the front with heating and cooling functions, with blue bolsters and blue stitching, blue seat belts, and other blue highlights. There’s also some ‘Street’ floor mats, and all of the usual features you get with the Turbo +. Sat-nav, a panoramic glass roof, climate control, and a 7.0-litre touch-screen come as standard.

Even though the engine is left untouched, comprising of a 1.6 turbo producing 150kW and 265Nm, Hyundai has fine-tuned the suspension and applied steering revisions. This work was carried out in Australia by the local engineering team. Speaking about the changes, general manager of product engineering, Hee Loong Wong, said:

“Like the Series II Turbo, the Special Edition has impressively sharp turn-in and more aggressive drive out of corners, giving it a ‘playful’ character which allows the rear to be more actively involved during high-speed cornering.”

The Veloster Street edition is on sale now. Just 200 will be up for sale, in both six-speed manual and seven-speed dual-clutch auto form. Prices are as follows (excluding on-road costs):