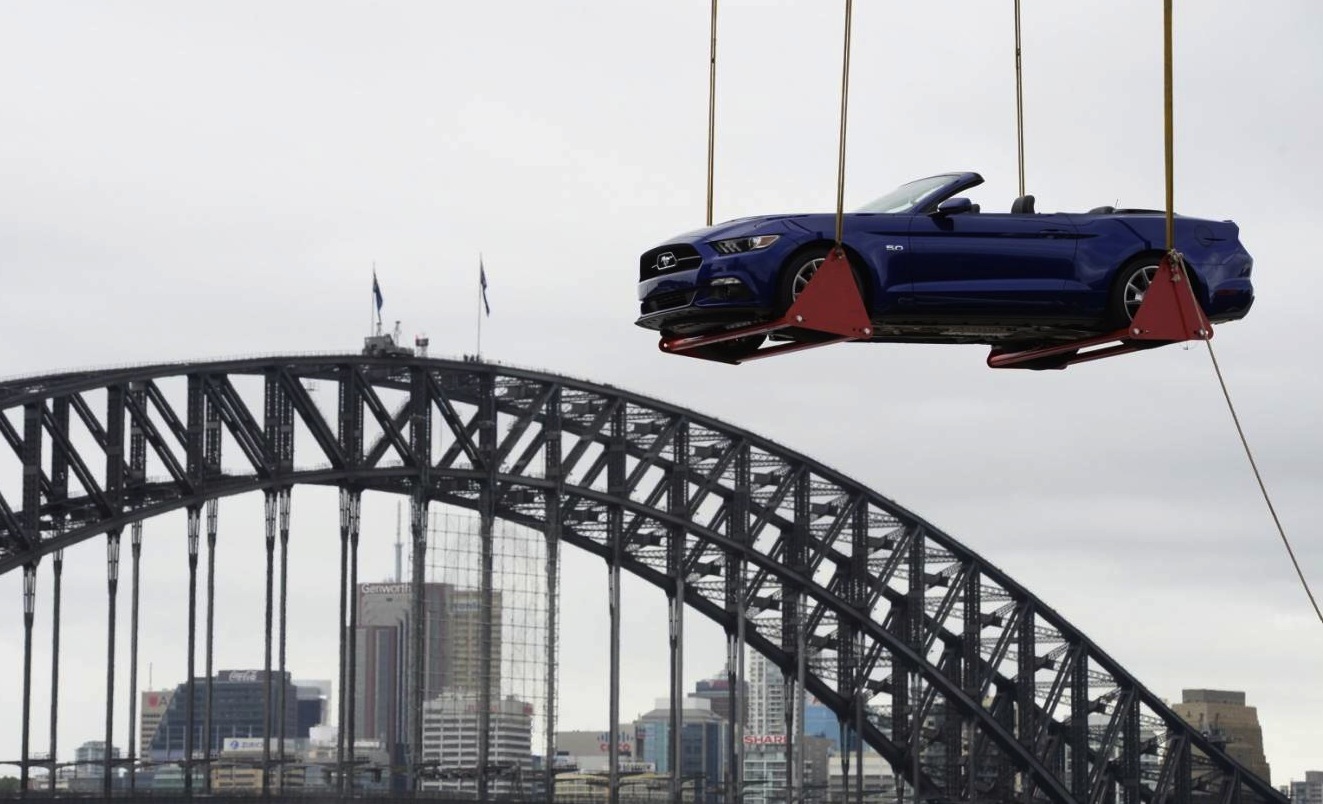 Following similarly daring stunts throughout the year, Ford Australia is now taking part in Mustang elevation. It is lifting a 2015 Mustang to the roof of a building right near the Sydney Opera House and Harbour Bridge as part of special New Year’s Eve celebrations. 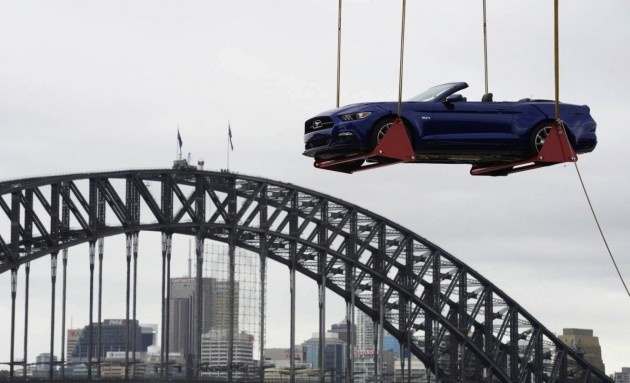 Earlier in the year Ford hauled a 2015 Mustang to the roof of the Empire State Building in New York, and then later pulled one to the top of the Burj Khalifa which is the tallest building in the world. Ford is describing it all as a history-making year for the company.

The idea actually started in 1964 when Ford ambitiously displayed the first Mustang at the top of the Empire State Building in New York. It’s all being repeated to celebrate the 50th anniversary of the Mustang.

For the Sydney stunt, Ford Australia, a new associate partner to the City of Sydney, will host a first-ever soundtrack by broadcasting music to key harbour-side locations during New Year’s Eve celebrations.

The model in question is a convertible Mustang. It, along with various other innovative new products, will be on display for all to see during New Year’s Eve. The new model will go on sale later this year.