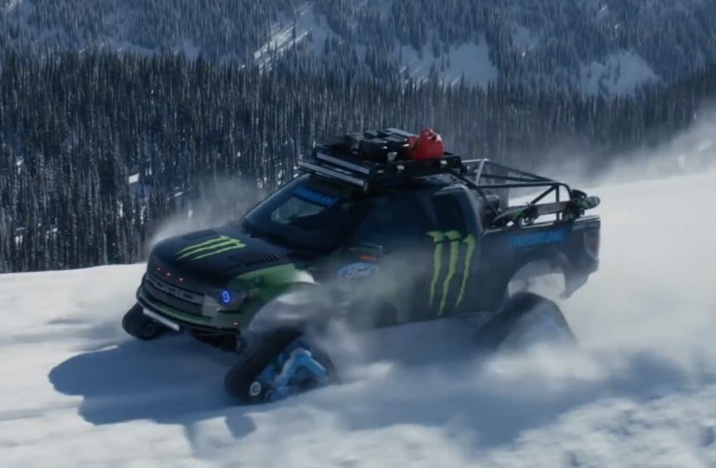 Ken Block is renowned for his rally car antics, but it seems he has a new toy; a Ford F-150 RaptorTRAX. It’s a cross between a snow mobile and a monster truck. 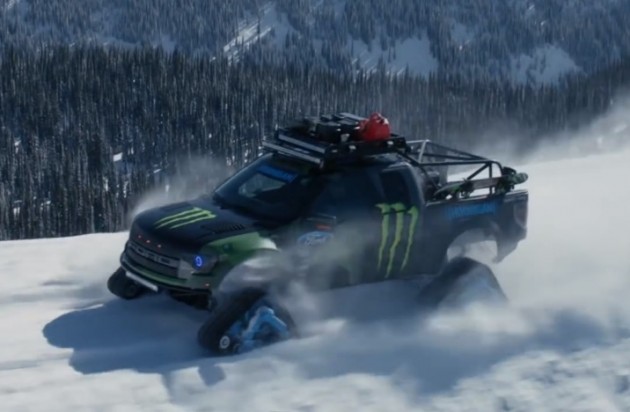 As you can quite clearly see, the RaptorTRAX is based on the latest F-150 Raptor. Only instead of big chunky off-road wheels and tyres, there’s a set of angry-looking roller tracks. These obviously help out getting across all types of terrain, including thick snow.

To ensure the tracks can be turned easily, especially as they weigh about 160kg each, there’s a 6.2-litre supercharged V8 nestled under the bonnet producing around 484kW of power. Other highlights include custom suspension, a roll cage, and special high-power lights. There’s also a specially made underbody which allows the truck to slide over snow. Click play below to see how it goes.