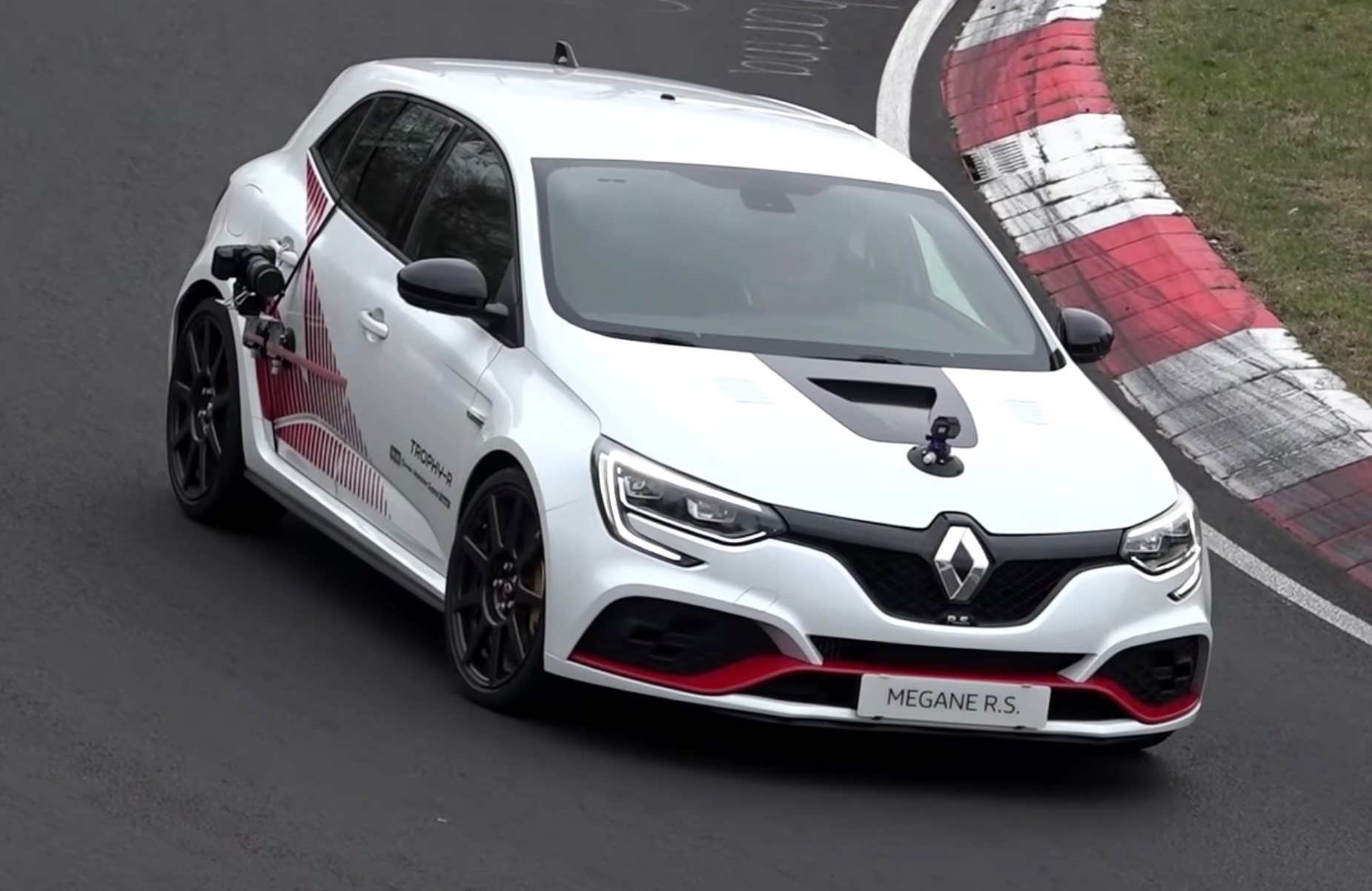 It appears Renault is preparing the more hardcore version of the new Megane RS, in the name of the Trophy-R. An example was recently spotted on the Nurburgring undergoing what looks to be some kind of promo video shoot. 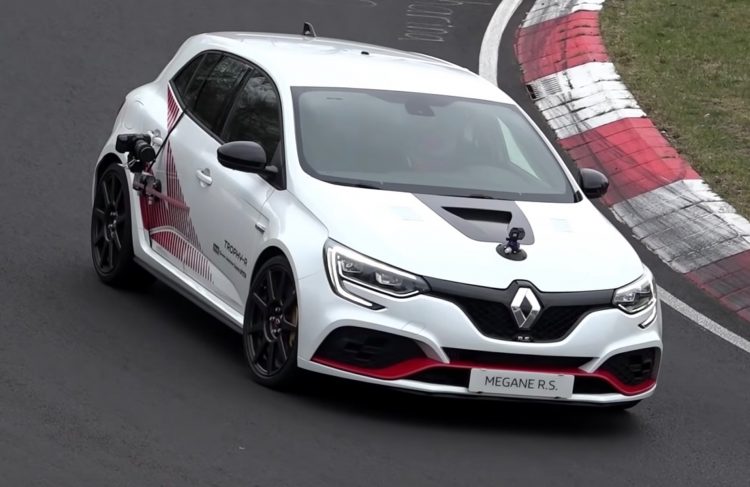 Could we be about to welcome a new Nurburgring front-wheel drive production car lap record? If any hot hatch on the market can get close to swiping the record from the Honda Civic Type R, it has to be the new-gen Megane RS. It already comes with some very clever class-benchmarking features, such as rear-wheel steering.

The exciting part about this spy video is that it shows the Trophy-R without any camouflage or disguise. Judging by the amount of camera gear suction-capped to the bodywork, we’re guessing Renault Sport is putting together some kind of promo video for the new variant.

No official specs have been released as yet, but it will likely come with a range of chassis and suspension tweaks to help with handling and track performance. Expect firmer suspension, significant increases in body stiffness with more braces installed and potentially even a roll cage.

Some considerable weight reduction is expected as well, such as the removal of the rear seats and some luxuries that aren’t really needed for track driving. On that note, the touch-screen media interface might be removed, and the front seats probably won’t feature electric adjustment or might in fact be replaced with racing buckets.

As for the engine, the standard 1.8-litre turbo four-cylinder could be tuned to produce more than the current 205kW maximum output. We wouldn’t anticipate much more though as the model will more likely be about track performance than outright straight-line grunt.

To take the Nurburgring FWD record the Megane will need to post a time quicker than 7:43.8 – this is what the current-gen Civic Type R has previously achieved. Check out the spy video below and feel free to tell us what you think is going on.