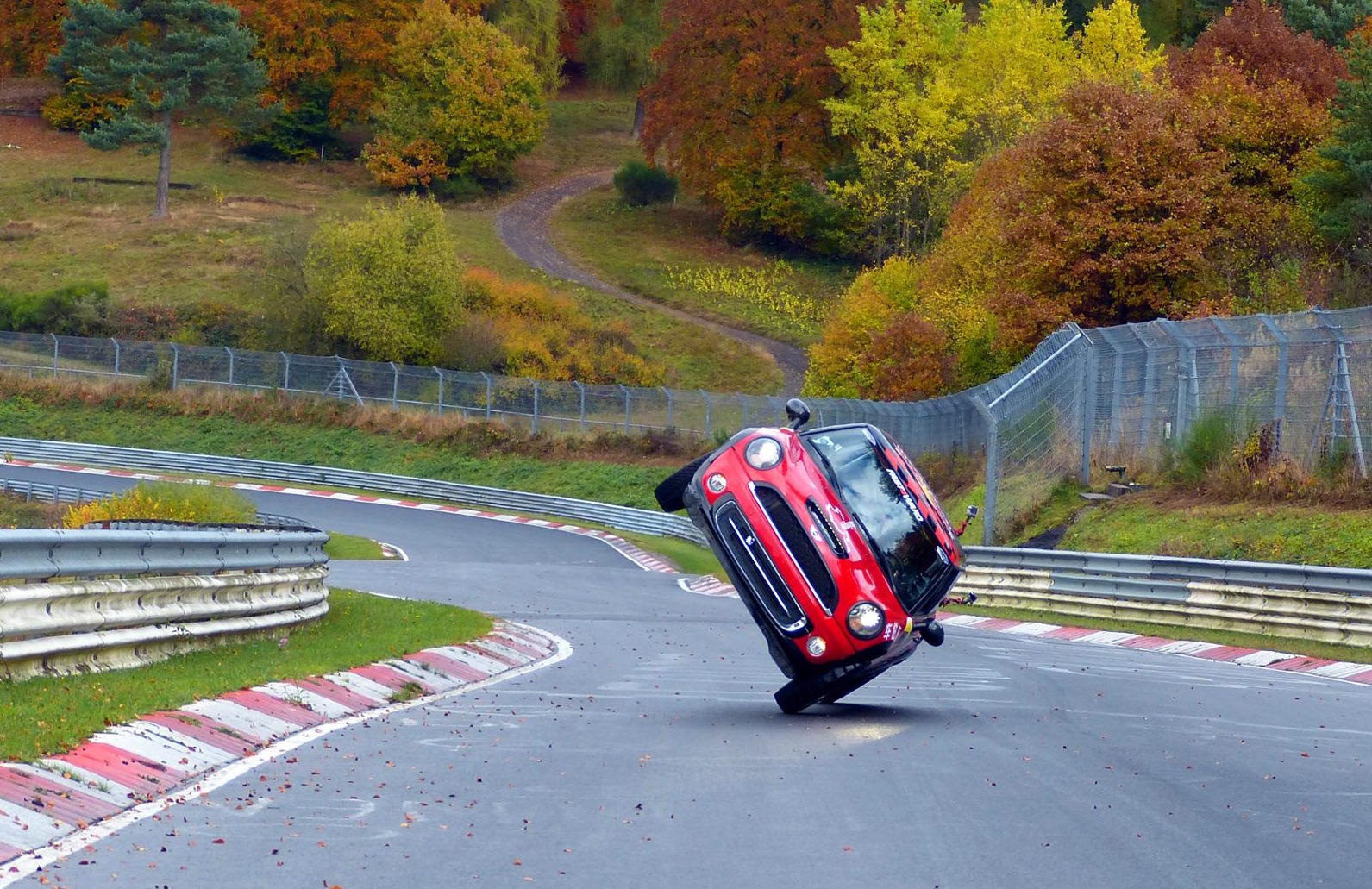 A MINI has taken out a very unique Nurburgring record overnight after a driver managed to navigate the infamous circuit on just two wheels. That’s right. 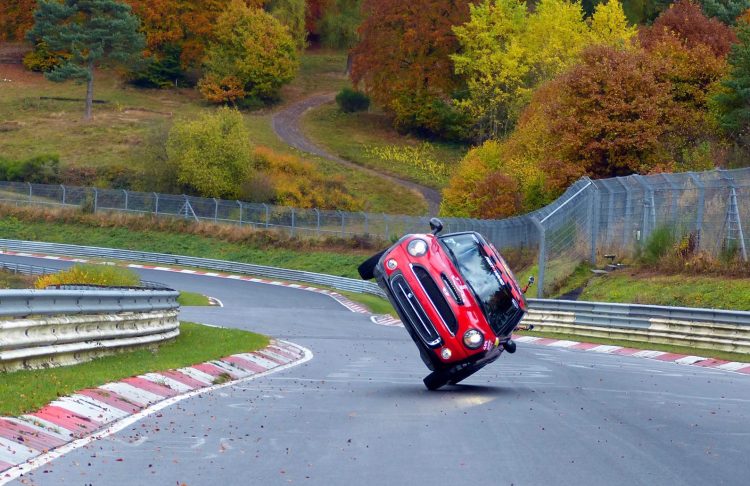 Chinese stuntman Han Yue piloted a MINI Cooper hatchback around the Nordschleife in 45 minutes, live-streamed via Nurburgring’s official Facebook page to over a million people; the first time a Nurburgring record attempt has been live-streamed to the world.

The MINI was fitted with custom-made solid-construction off-road rubber with super tough sidewalls to support the weight, and a hub adapter to ensure a suitable fit. 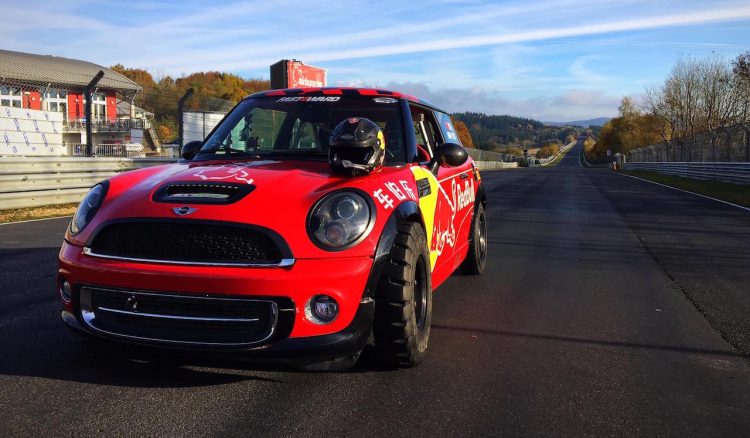 Han Yue encountered a problem that saw his rear wheel vibrate violently when the pace rose above 20km/h, meaning that Yue managed the lap with an average speed of just 28km/h. The driver explained:

“At the start of the lap, I got a very strong vibration that has never happened before. It only happened over 20kmh, but it got worse when I drove faster. So this lap was a lot slower than I liked, and that makes it much more difficult. My shoulder was hurting by 6km, with 15km still to go…”

Han Yue’s attempt is undeniably impressive, but not a world record-breaker when it comes to the longest distance travelled on two wheels. Back in 2009, Italian driver Michele Pilia drove an E30 BMW 316 to a Guinness-verified 371.06km in the Italian city of Cagliari. If you have a space 45 minutes you’d like to dispose of, you can check out the MINI doing its thing below.

Posted by Nürburgring on Thursday, November 3, 2016