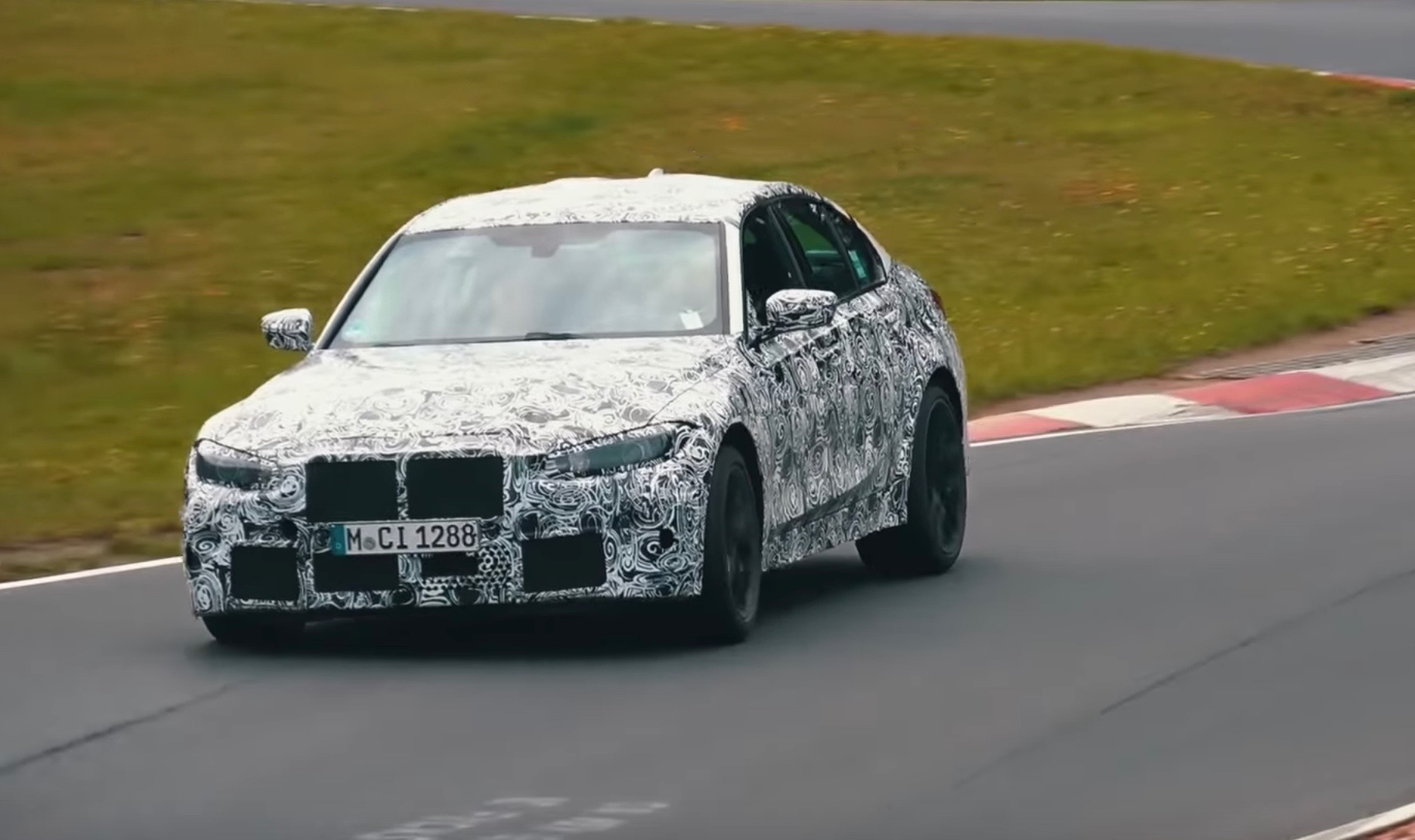 Following the northern winter closures of the Nurburgring, BMW has just been spotted out and about testing new prototypes of the G80 2021 BMW M3 sports sedan on the punishing circuit. 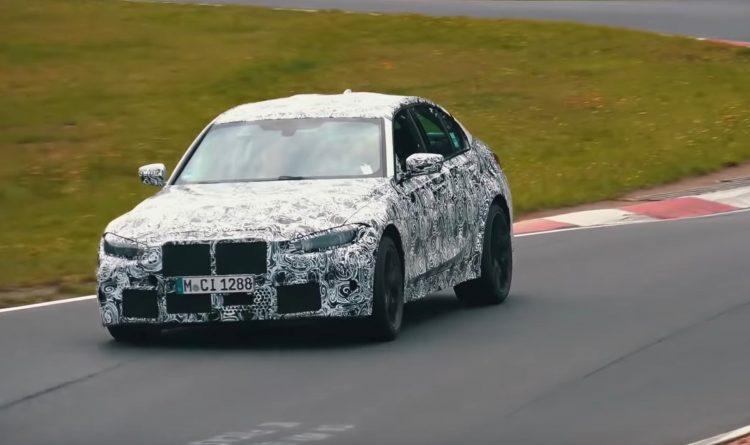 The last time we saw an M3 prototype on the Nurburgring was in September last year. But now that the track is opened up again for a new season of industry testing, engineers are straight into it. A video has surfaced on YouTube showing what appears to be some fresh prototypes, wearing number plates we haven’t yet seen.

Even so, there is still plenty of camouflage wrapped around the body to hide its design, and the panels and trimmings appear to be very similar to that last test mule we saw six months ago. Telltale signs that these are M3 mules include pumped-out wheel arches, most noticeably at the back, and the trademark quad-outlet exhausts.

There is also evidence of BMW’s controversial new grille which is set to extend right down, much like the jaws of anyone that sees it. Although, there does appear to be some minor revisions to the disorienting wrapping on the lower right side of some of these latest test mules. 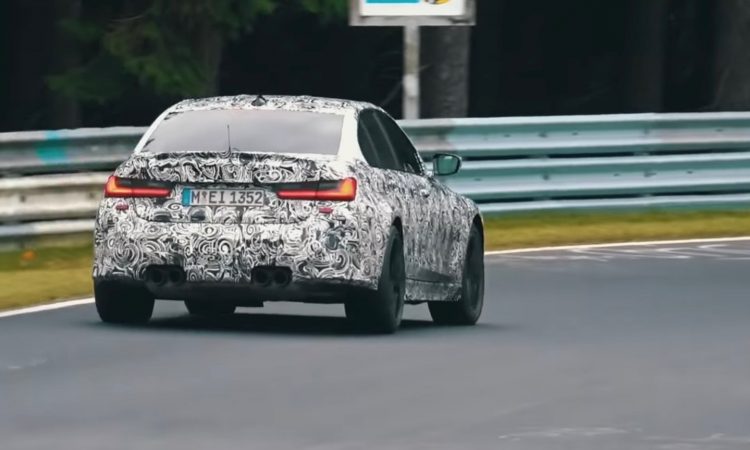 We already know plenty of specs and details about the new M3. It will come with BMW M’s new S58 3.0-litre twin-turbo inline-six engine, with two different outputs set to be offered. An entry version, likely adopting the ‘Pure’ badge, is expected to produce around 353kW and 600Nm, while a top, perhaps ‘Competition’ variant will produce around 375kW and 600Nm.

There has been talk of the entry version retaining rear-wheel drive and an optional manual transmission, with the top variant potentially getting an adjustable all-wheel drive system like the M5. This would make it the first-ever AWD M3. A similar arrangement could be adopted for the upcoming M4 coupe and convertible, set to follow about a year after the debut of this M3.

A full reveal for the G80 M3 is tipped to take place late this year, however, due to the ongoing coronavirus pandemic, a big motor show unveiling is very unlikely. Market entry in Australia will probably take place in 2021. Check out the spy video below, provided by Automotive Mike YouTube channel, for a preview.