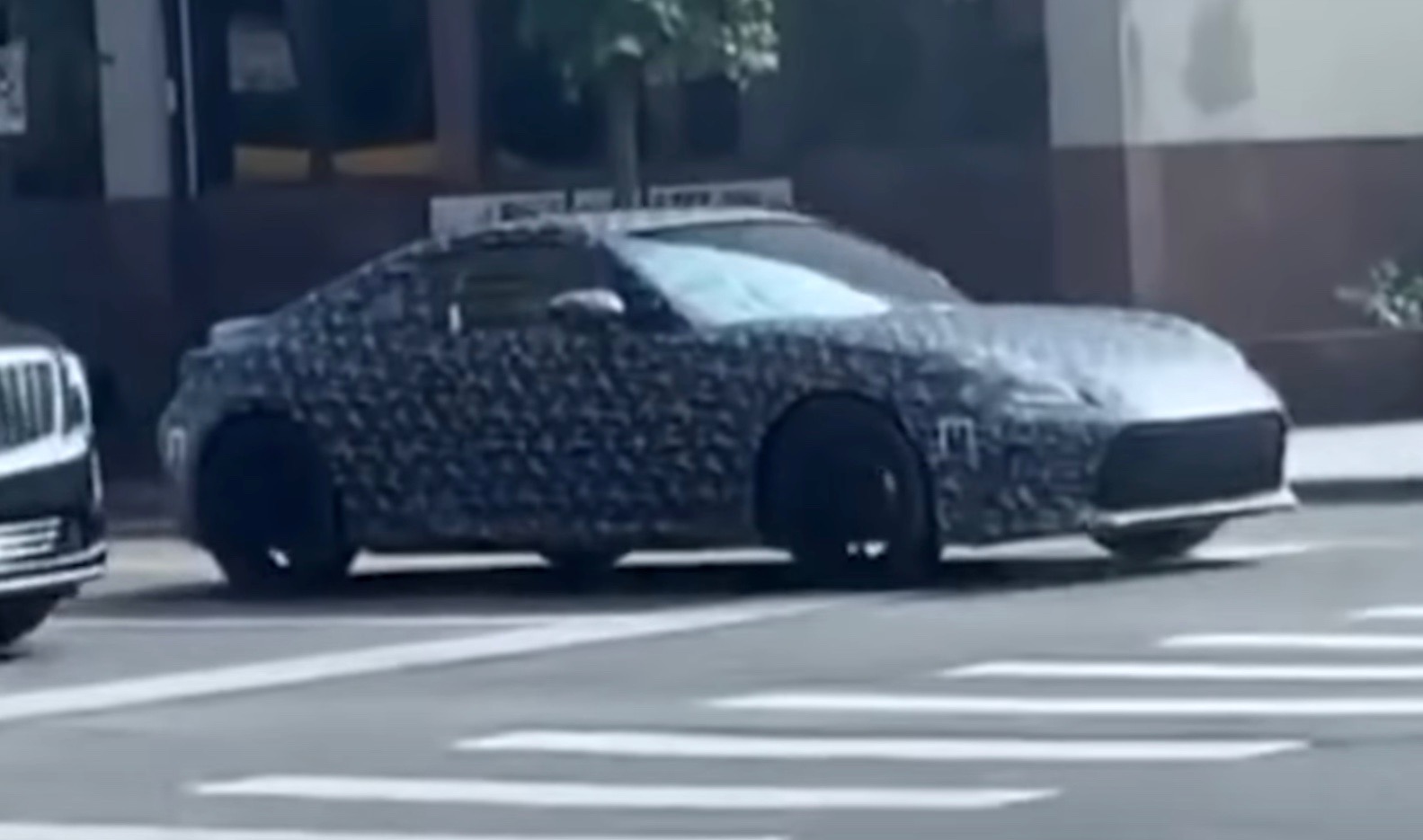 Yep, it’s definitely coming. We finally have, what looks to be, proper evidence that the second-generation 2022 Toyota 86/Subaru BRZ is on the way and development has begun. 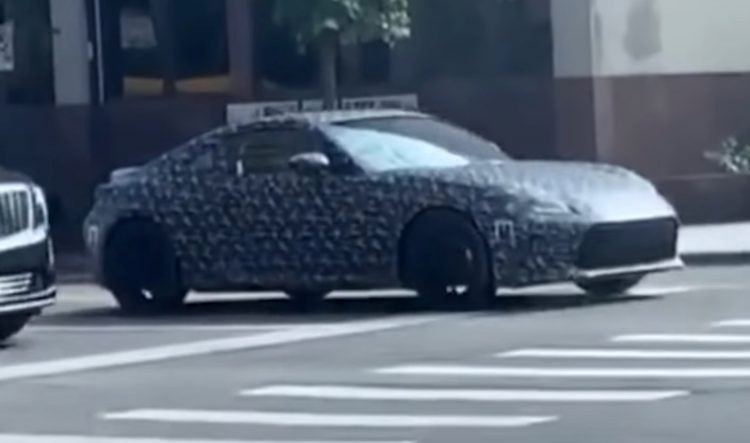 A prototype was recently spotted on the streets in Michigan by Instagram user kystify, showing off an all-new swept-back coupe body – albeit wrapped up in disorienting camouflage. At first it actually looks like the makings of the all-new 2021 Nissan Z car, dubbed the 400Z.

But on closer inspection there are a number of key details that all but confirm this is a Toyota. Firstly, the test mule was spotted in Ann Arbor, Michigan, right near where Toyota runs a research and development hub. Visually though, the front grille area, the way the nose is almost flat on the prototype, and the protruding taillights are not in line with Nissan’s preview image of the upcoming Z.

There are quite a few rumours and reports floating around about the new sports cars from Toyota and Subaru. Firstly, the two companies confirmed in September last year that they will be pairing up again for a next-generation model. Secondly, Subaru said on its public website that orders of the current BRZ were coming to an end.

In terms of what we know about the new model, it’s believed it will be built on the same platform as the current model. There were some rumours that suggested it might jump to the TNGA platform from Toyota, but now it’s said that it will use a revised version of the current layout instead. 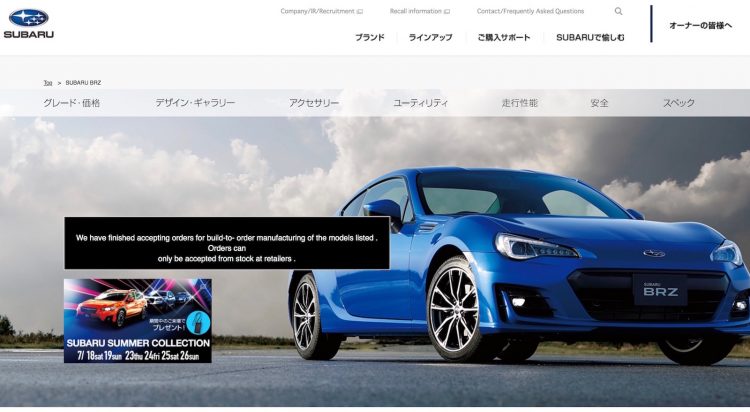 Gazoo Racing is expected to get involved this time, at least for the 86. In fact, the car could receive a name change to GR 86. This would fall in line with other performance models from Toyota, such as the GR Yaris and GR Supra. Does that mean the BRZ will receive tuition from GR in some way as well? It’s difficult to tell at this point.

In their current form the BRZ and 86 do use a slightly different suspension setup. So this is where GR might come in for Toyota specifically, providing tuning for its dampers and springs and whatnot. Meanwhile Subaru could rely on its STI division to sort out the final handling touches for the BRZ.

Power is likely to come from a naturally aspirated version of the FA24F 2.4-litre turbo flat-four that debuted with the 2021 Liberty. This engine is similar to the FA20 WRX engine, featuring direct injection, a twin-scroll turbocharger and a high compression ratio of 10.6:1. 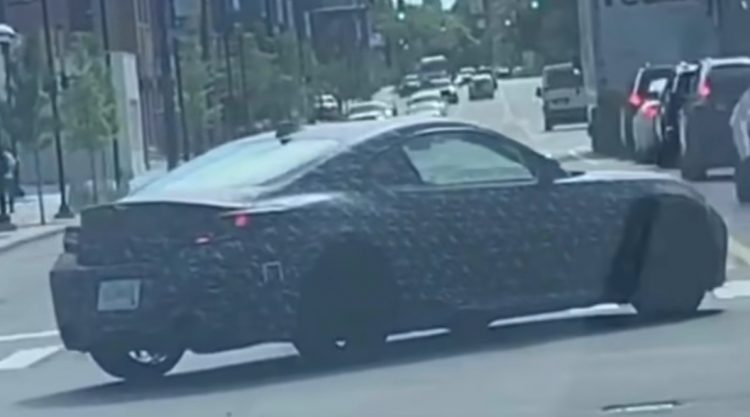 Although we would all love to see a turbocharged unit coming in, and it was originally anticipated, it’s now understood the low-profile bonnet and the relatively small engine bay of the sports car wouldn’t cope well to the additional heat and space of a turbo. Power is likely to be lifted to around 160-170kW however, so that’s good. And, more importantly, torque is set to rise to around 250Nm (current 2.0L offers 152kW/212Nm).

In other areas, the 2021 BRZ will probably introduce Subaru’s advanced EyeSight active safety technology for the first time. This should boost the coupe’s safety by a big step, and ensure it meets the latest standards laid out by the renowned crash test labs. 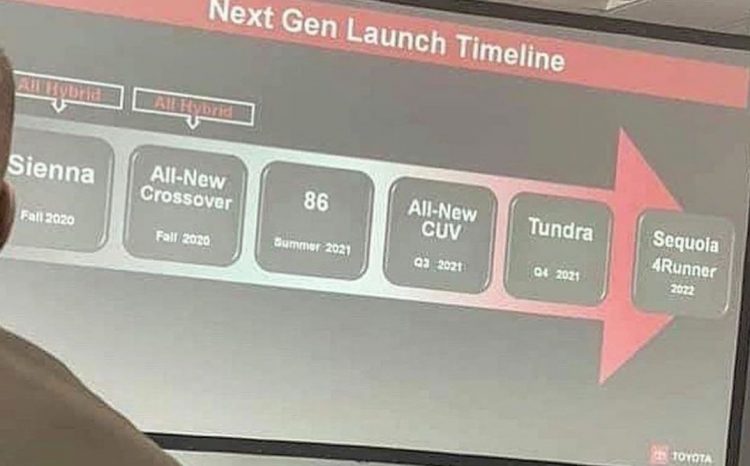 According to a dealer product presentation in March, Toyota will be launching the new model during the middle of next year. There has been some reports out of Japan that indicate a March reveal as well. Since there is at least one prototype out and about, we’re anticipating more spy scoops to progressively roll out over the coming months.