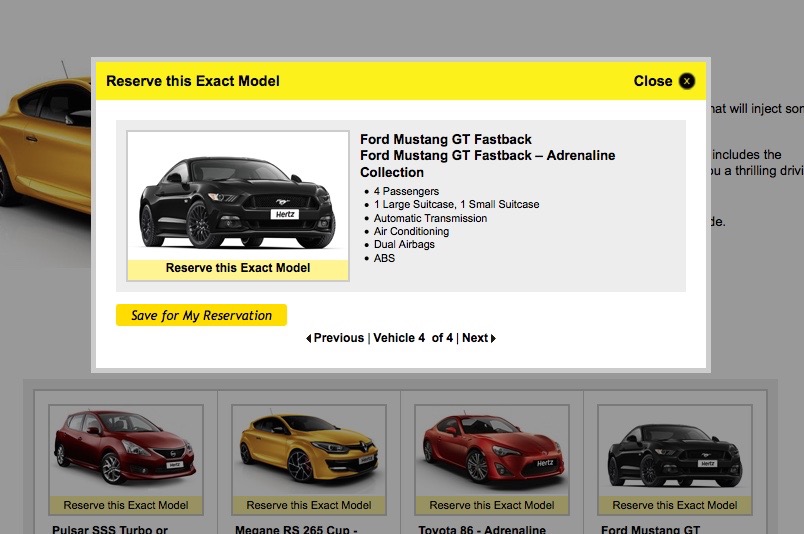 Sure to see rental car demand soar, Ford and Hertz have confirmed the new Mustang will soon be available for rent via the Hertz Adrenalin Collection in Sydney and Melbourne. 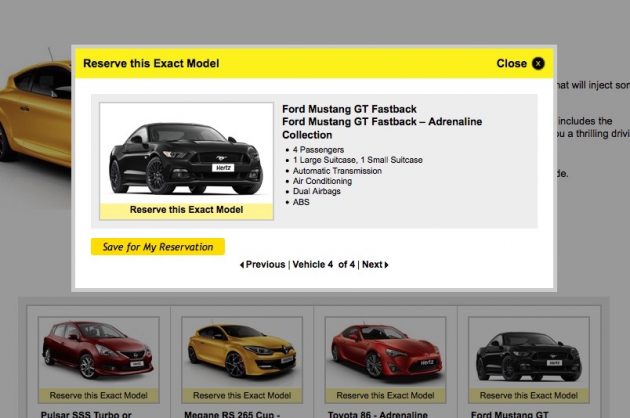 The companies have announced they will add a “small number” of Mustangs to the fleet in the mentioned capital cities, giving ‘staycation’ travellers a chance to tour the country in muscle car style.

Ford Australia has been inundated with orders for the Mustang since its launch late last year. In fact, if you order one today you aren’t likely to see it until mid-2017.

To alleviate some of the pressure the company has announced it is expanding its orders and expects an additional 2000 Mustangs to arrive by the end of this year. It says it deferred the partnership with Hertz until it could secure the expansion in orders. Graeme Whickman, president and CEO at Ford of Australia, said:

“Many Australians come home with stories of driving Mustangs on the Californian coast and now can build their memories driving our iconic coasts for the first time in a Mustang sold by Ford directly from the factory.”

Hertz will be offering a limited number of Mustangs as part of its Adrenalin Collection in Sydney and Melbourne. Damien Shaw, country manager of Hertz Australia, said:

“The exhilarating Mustang adds muscle and superiority to our Hertz Adrenaline Collection, it truly compliments the extensive range of vehicles we offer.”