Fiat has only been in the US for a short period, but after buying Chrysler earlier in the year it seems the paired company is really pushing to increase its fan base. So much so that Fiat-Chrysler CEO, Sergio Marchionne, is now offering a rebate incentive for all current US Volkswagen owners as a way of getting them to shift brands. 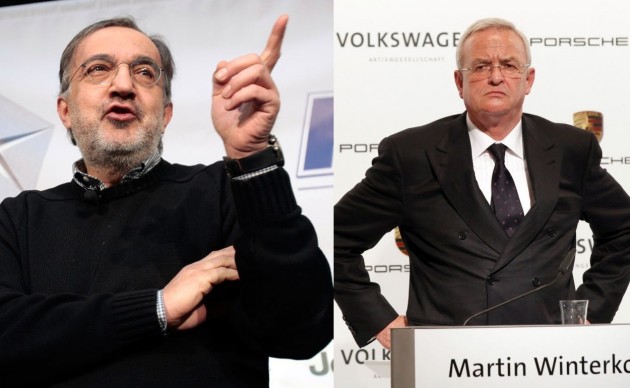 Now this is what you call targeted marketing. For all current Volkswagen owners in the US who purchase a new Fiat or Chrysler, the company will hand back a $1000 rebate simply as a thanks for swapping brands.

To make the deal more appealing, owners don’t have to trade-in their Volkswagen vehicles to receive the rebate, so long as they buy a Fiat or a Chrysler. This is said to be Marchionne’s way of getting back at Volkswagen for dominating the European market.

Last week, Marchionne was re-elected as the president of the European Automobile Manufacturers Association, also known as the ACEA (Association des Constructeurs Européens d’Automobiles), despite Volkswagen CEO Martin Winterkorn calling for him to step down. Marchionne will continue his two-year stint as the president.

Marchionne and Winterkorn have been involved in ongoing disputes and face-offs surrounding a growing gap between the premium German brands and the not-so-profitable French and Italian brands in Europe. As the president of the ACEA, Marchionne is aiming to introduce new measures to assist the brands that are falling behind.

In the US, Volkswagen – not including Audi, Lamborghini and so on – isn’t quite as popular as it is in Europe, where it attracts 25 per cent of the market. This makes the incentive scheme all the more interesting.

Volkswagen Group sales – including Audi, Bentley, Lamborghini – account for four per cent of the US market, while Chrysler Group vehicles account for 11.4 per cent.