Audi Australia is introduced the new 2012 Audi Q3 mini SUV, slotting in underneath the Audi Q5. The new model will be available in front-wheel drive and all-wheel drive form. 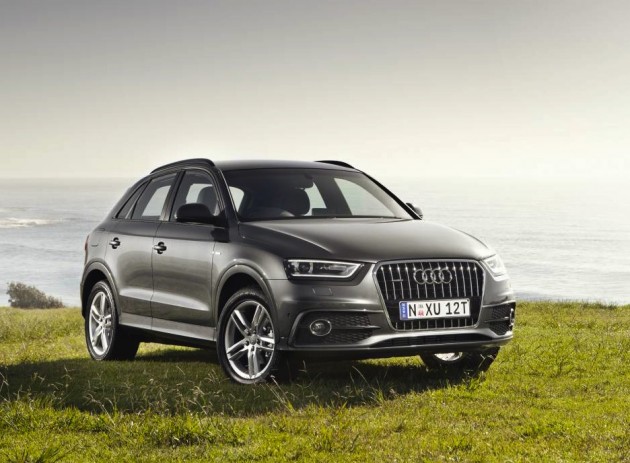 Kicking off the range is the 2012 Audi Q3 2.0TDI, which is the only front-drive variant. It’s available with a six-speed manual transmission only, matched up to a 2.0-litre turbo-diesel four-cylinder engine. It produces 103kW of power while coming with an average fuel consumption rating of 5.2L/100km. Audi is boasting a full-tank (64L) range of over 1000km.

Next up is the 2012 Audi Q3 2.0TDI quattro. It comes with a more powerful version of the turbo-diesel engine, producing 130kW and 380Nm. Power is sent through an S tronic automatic transmission, and into Audi’s quattro all-wheel drive system. Acceleration from 0-100km/h can be achieved in 8.2 seconds. 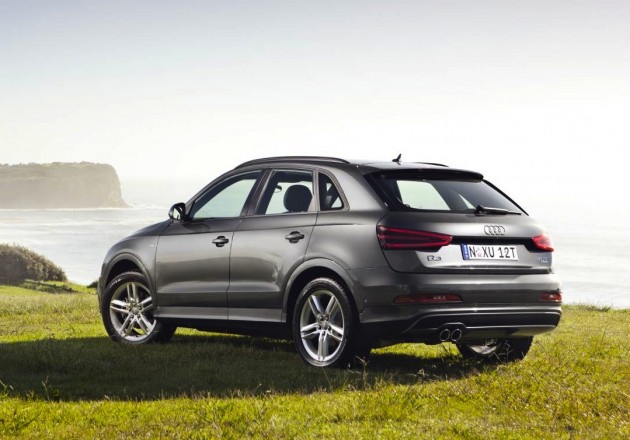 Making up the petrol segment of the lineup are two 2.0-litre TFSI turbocharged four-cylinder versions. One with 125kW and a top-spec variant with 155kW. Fuel economy has been rated at 7.3L/100km and 7.7L/100km, respectively. The higher output version is able to sprint from 0-100km/h in 6.9 seconds.

With a range of modern features, such as Bluetooth connectivity and audio streaming, dual-zone climate control, a driver information system and multifunction leather steering wheel as part of the standard equipment, Audi says the new model will appeal to “young professionals (30-39), middle-aged couples and families who want an urban SUV that can be used for recreational activities”.

The baby SUV will compete in the market against the likes of the BMW X1, and the Ranger Rover Evoque to a certain extent, when it officially hits the showrooms on March 31.