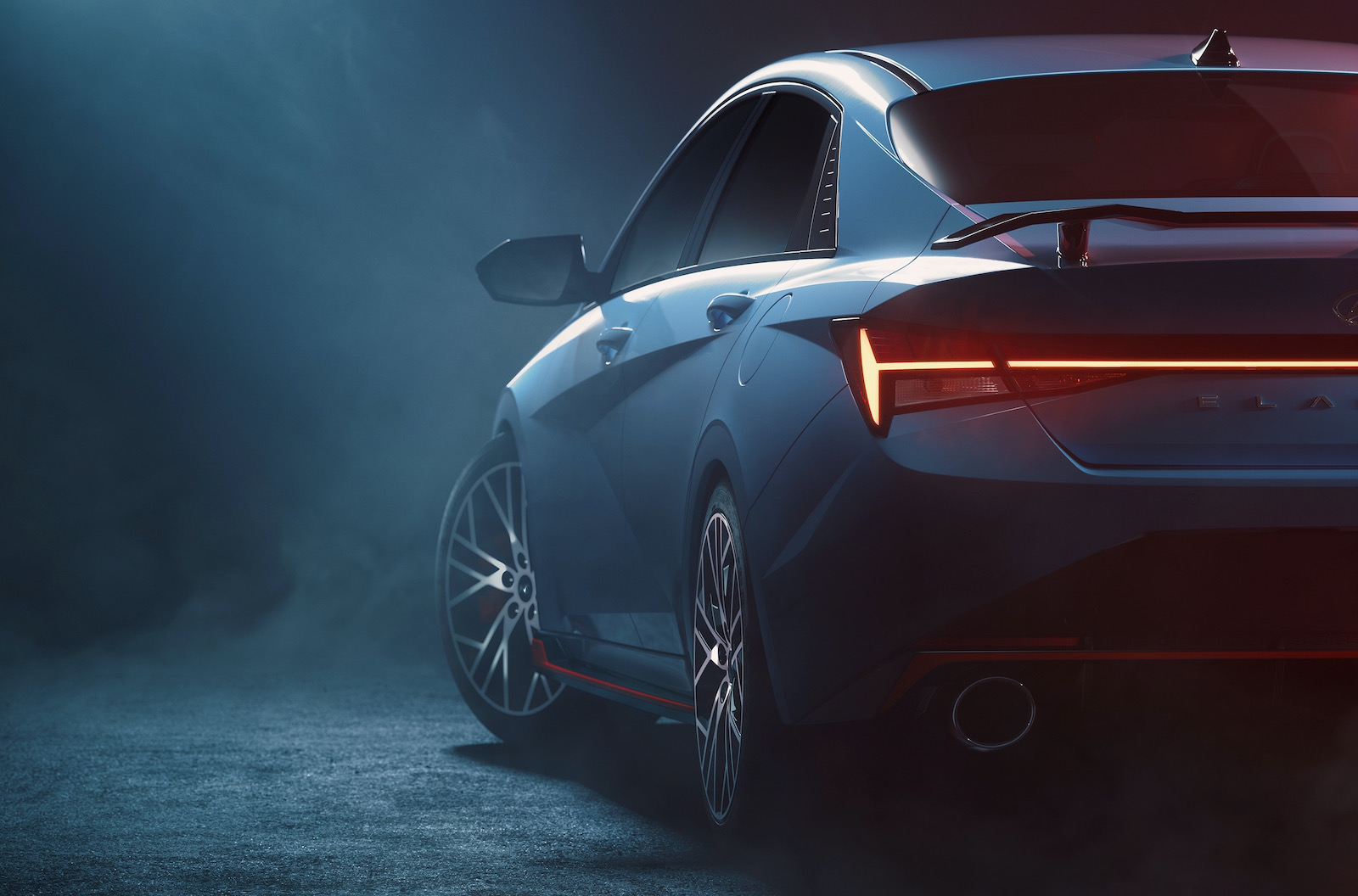 The hot hatch segment is about to get a whole lot hotter. Well, if you don’t mind a sedan body style. That’s because Hyundai is just about to introduce the new i30 Sedan N, also known as the Elantra N. 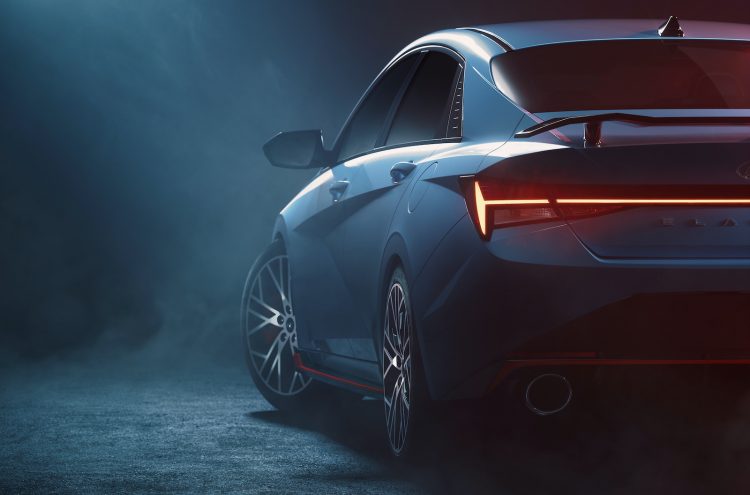 Hyundai Australia calls the new sedan the i30 Sedan, while in some regions overseas it remains as the Elantra, and Avante in South Korea. This is likely so the local arm can claim more sales of the i30 nameplate; just like the Mazda3, Corolla, and Civic, the hatch and sedan are bundled together. So, fair enough.

Anyway, the point we’re getting at is this will be a different model to the i30 N hatchback and Fastback. The i30 sedan rides on a slightly longer wheelbase (70mm), and in fact uses the updated K3 platform as opposed to the K2 layout that underpins the hatch. It’s also 30mm wider.

This means the i30 Sedan N should offer superior high-speed stability in comparison. Hyundai N engineers might give the performance model a slightly wider track as well, perhaps with wider tyres and a different wheel offset. 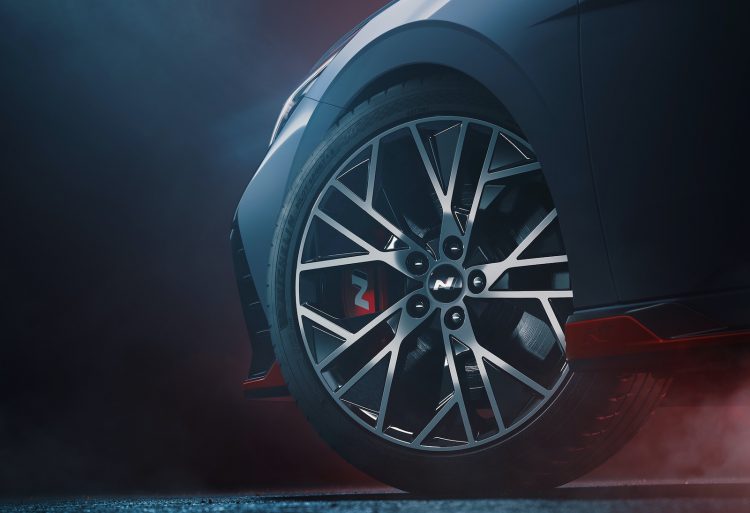 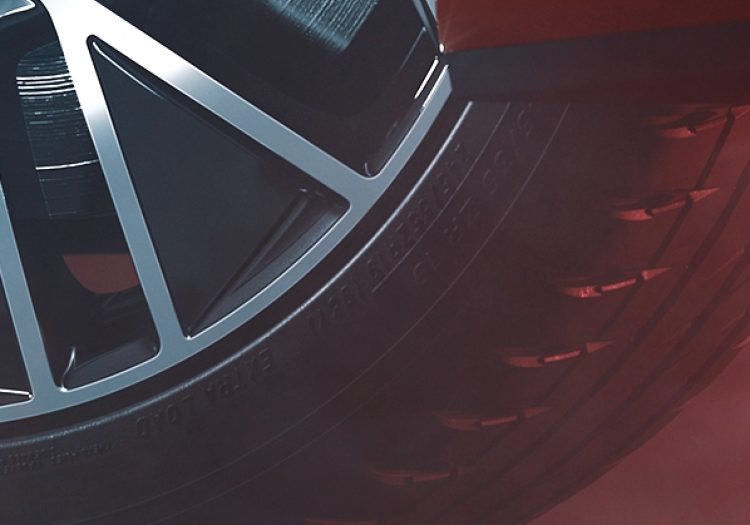 Judging by these teaser images the new model will indeed showcase some sporty alloy wheels. Zooming in on the tyre shows a size of 245/35 R19. That’s a step wider than the updated i30 N hatch, which uses 235/35 tyres mounted on 19-inch wheels.

Interestingly, it looks like the sedan will use Michelin Pilot Sport 4 S tyres and not the Pirelli P Zero items featured on the new hatch (pictured below). Well, at least from the official press images. Specs could vary for different market regions and so on. 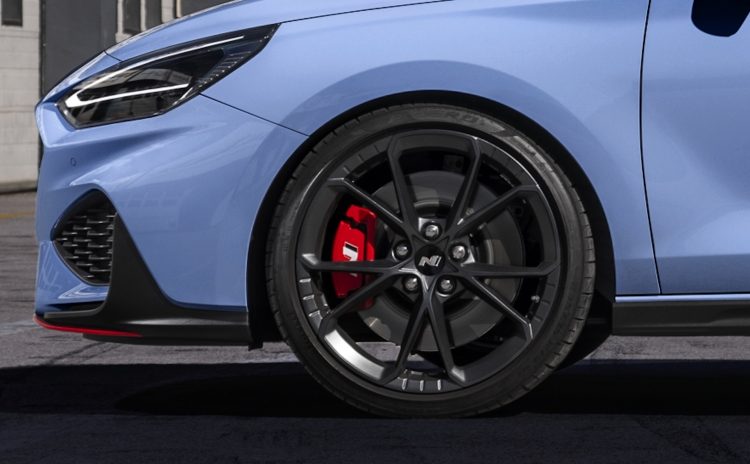 In other areas, there’s the traditional red highlighting for the bodykit with extended side skirts, rear diffuser, and evidence of a lower front spoiler than the standard setup. Some red-painted brakes complete the package, with black detailing for the side mirrors, window surrounds, and rear spoiler.

Hyundai says the bodykit boosts performance by “better channeling airflow” and giving off the effect of a lowered ride height, while the rear spoiler “counteracts lift” by stopping airflow from tumbling over the boot edge. Speaking about the new model, Till Wartenberg, vice president of N brand, said:

“Elantra N is a high-performance sedan that reveals the sportier side of our exceptional all-new Elantra through exciting N brand enhancements. We designed it to be a race-proven sportscar with dynamic driving capabilities and style that performance enthusiasts love.”

As for the powertrain, it’s expected to carry over the revised 2.0-litre turbo from the updated hatch. It produces 206kW and 392Nm, which is sent through a six-speed manual or a new eight-speed dual-clutch auto. Front-wheel drive with a limited-slip differential are sure to provide exciting driving experiences.

This is now the sixth dedicated N model from Hyundai, following the i30 N, i30 Fastback N, Veloster N, i20 N, and Kona N. It will go on sale in Australia in the second half of this year.

A full debut will take place soon. However, if you can’t wait, some spy images recently surfaced online showing the new model undergoing what looks to be a photo shoot of some kind. See below. 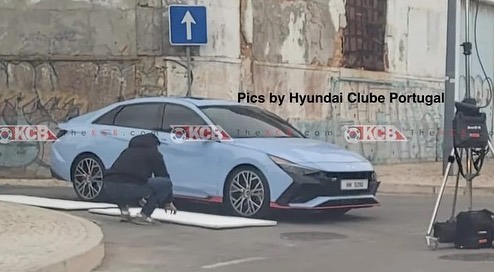