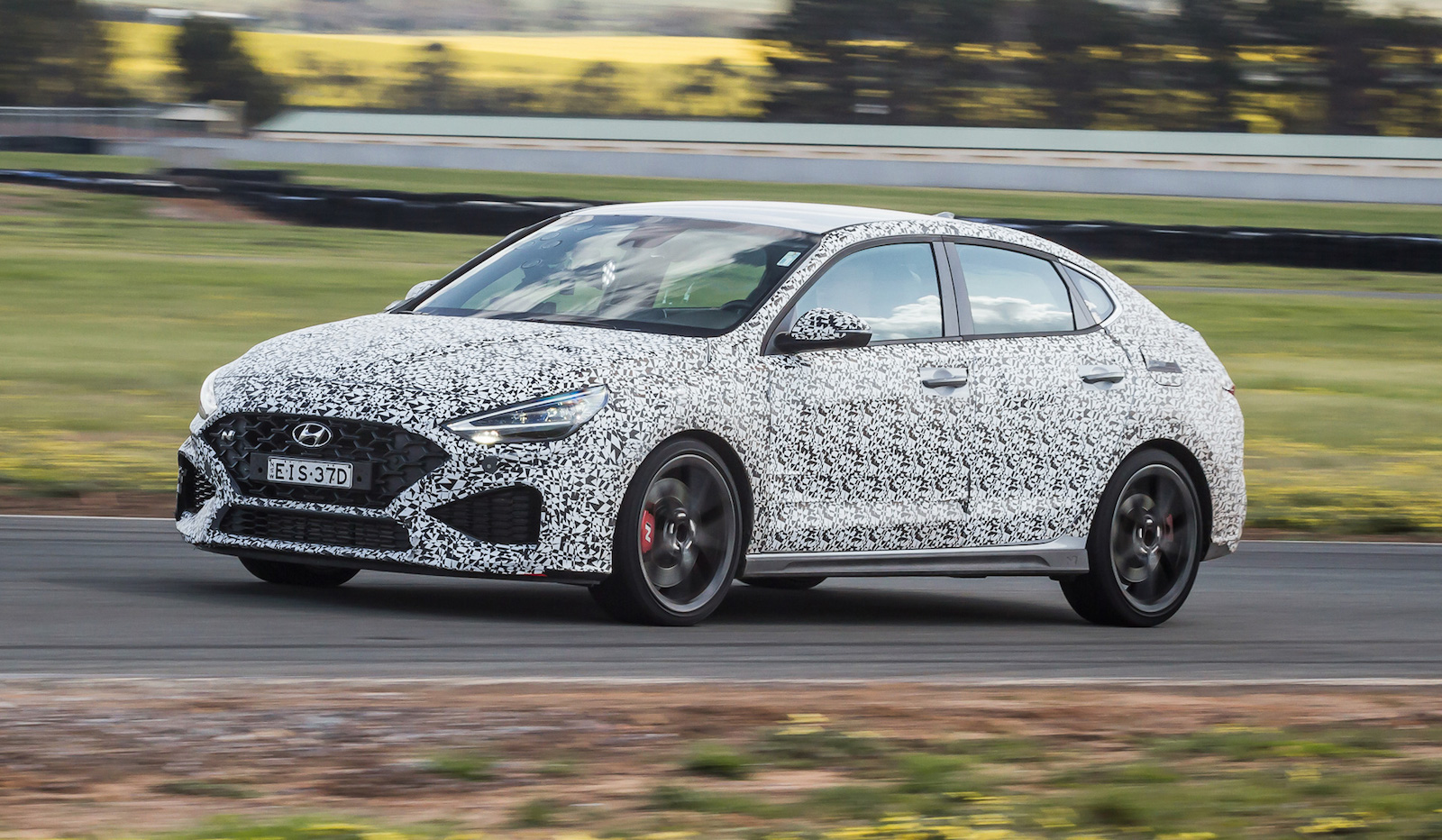 The Hyundai i30 N has become a favourite among driving enthusiasts and track day fans. It’s built up an incredible following in a little over two years since it arrived. And something that’s sure to perpetuate the popularity is the introduction of an automatic transmission option. 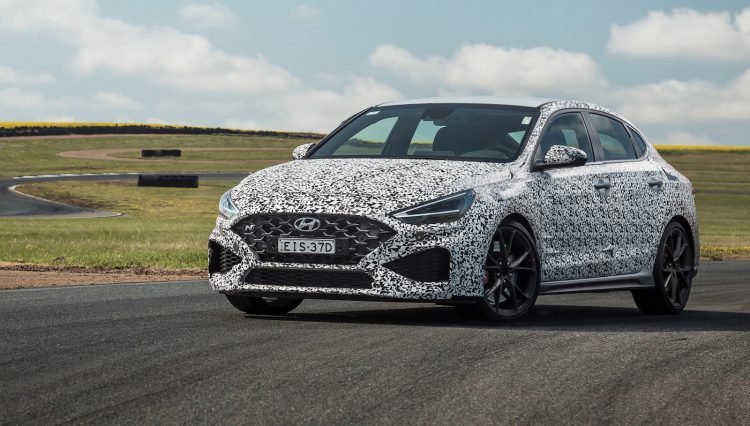 Yes, Hyundai is finally giving in to the trends and will be offering its hot hatch with a dual-clutch auto (DCT). The option is coinciding with the 2021 facelift, which borrows some of the styling tweaks that we saw with the updated version of the regular i30, earlier this year. Hyundai has even unveiled the 2021 i30 N just last week.

You might be asking, then, why are we still looking at prototypes? Well, the company is giving media a preview test drive of the new model at the track before it actually arrives on the market next year. And seen as though development and final tuning, including the Australian-specific tune, is yet to be completed, these test mules are essentially still in service. 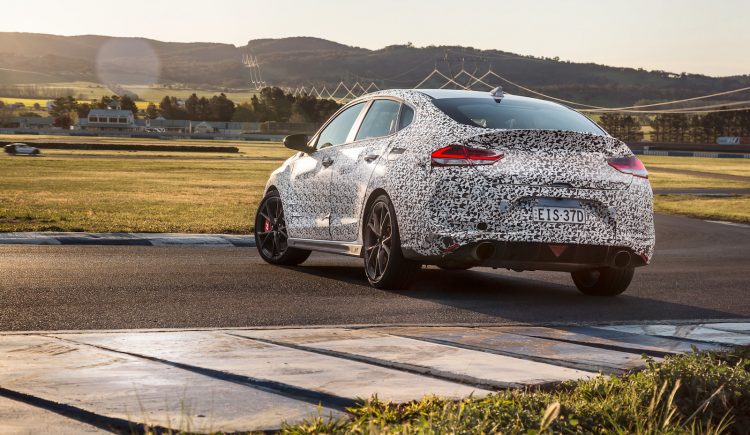 Two prototypes are being showcased here, including a manual and DCT auto. The company says they feature the uprated engine, consisting of a 2.0-litre turbo that’s lifted from 202kW and 353Nm, to 206kW and 392Nm. This puts it just in front of the regular Renault Megane RS (205kW/390Nm), but still behind the Honda Civic Type R (228/400kW).

Although the outputs have been raised, the engine mapping and delivery of those figures have also been improved. Peak power is now available from 5200rpm, instead of requiring 6000rpm, while peak torque is spread wide from just 1950rpm to 4600rpm (altered from 1800-4400rpm). As a result, Hyundai says the 0-100km/h sprint time has been slashed from 6.1 seconds in the outgoing model to 5.9 seconds (the company hasn’t outlined if this is with the new DCT option).

Out here on Wakefield Park Raceway, the updated engine does seem more versatile. It stretches its legs further, and definitely offers improved low-end pickup from before. With the manual gearbox, it easily pulls away from some of the slower-speed corners. And over in the DCT, we found upshifting early to actually improve lap times. Especially now that peak power is available lower in the rev range. 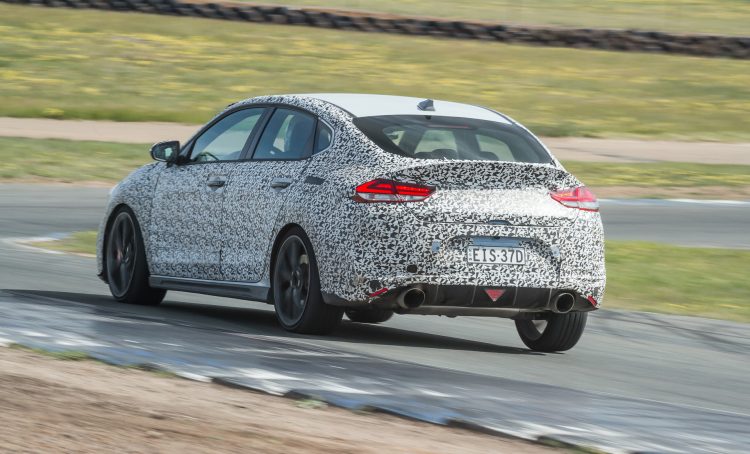 We all had to follow strict guidelines regarding driving the prototypes on the circuit. Firstly, as these were actual development mules, various components are designed so they can be stripped down easily for retuning, such as the dampers. This meant we couldn’t utilise the ripple strips on the circuit as the impact could cause damage. The suspension felt totally normal from behind the wheel, though.

Another big no-no was to time our laps, particularly with proper GPS data-logging equipment. We can see their point with this one. Imagine if the lap times ended up being slower than the outgoing model. Speaking of which, we can swing back to last year when we took an i30 N hatchback around Wakefield during the first N Festival event. Our best lap of the day, with some traffic dodging, was 1:12.76.

Taking a look at the video footage of our laps with the prototypes (embedded below), it seems the DCT was about one full second quicker than what we did in the manual prototype. We don’t want to say what overall lap times they did in fear of pissing off Hyundai. But you can get your stopwatch out and try and clock the laps yourself. Just keep in mind we were not able to make full use of the track width. A sacrifice of around 2-3 seconds, we reckon. 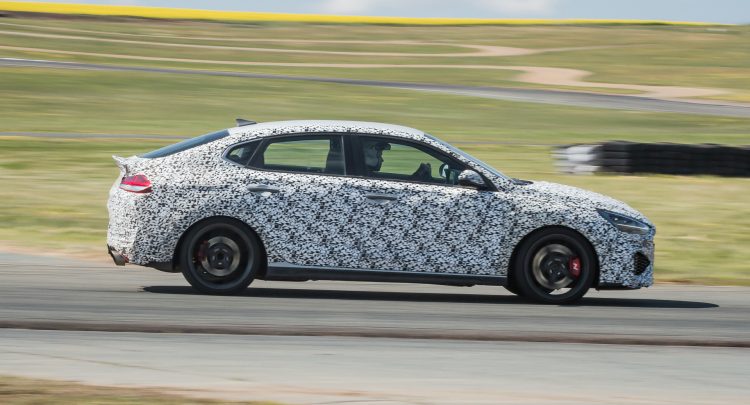 There’s no denying the appeal of the new DCT. This is a fantastic new unit, featuring wet clutches that help manage temperatures. We did some laps in normal mode and left the gear selector in D, driving as conventionally as we could. Abruptly flooring the go-pedal provokes a responsive kick-down, but we think some of the modern torque convertor transmissions these days can perform this task a little quicker. Not the actual gear shift, obviously, but the response from when you plant your foot to when the gearbox makes a move.

We also found the transmission to be impressively smooth during normal driving. You can barely feel the upshifts, and the automatic downshifts happen totally seamlessly. Hyundai is introducing a number of fun modes with the powertrain as well, including N Grin Shift and N Power Shift. Some of the modes weren’t properly configured on these mules, so we didn’t get a good chance at sampling them. 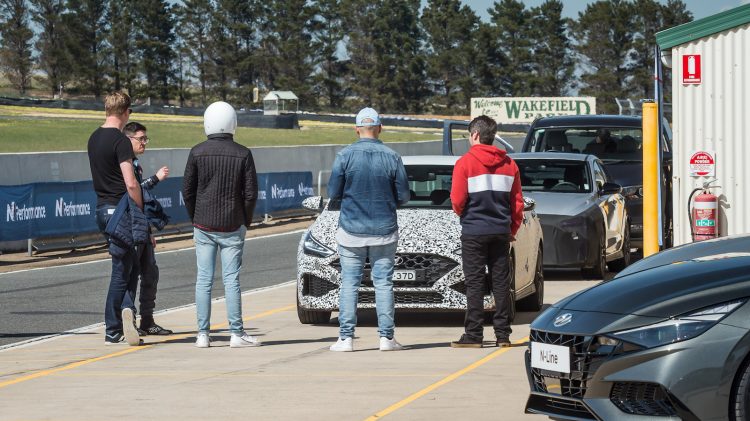 With the DCT option, the i30 N is going to become the king of hot hatches. We can already see it. Some of the recent N drive days are drawing in over 50-60 i30 N-owning guests. It is truly remarkable to see Hyundai, a company never really before associated with hot hatches, suddenly develop such a reputation and following. Now imagine how many fans out there, who can’t drive a manual, will want to jump on board when the DCT arrives.

We had a blast testing these early previews, and we can’t wait to see how the finished product performs. The Australian arm says the new model is scheduled to go on sale locally some time during the first half of next year. It will bring in some minor styling tweaks, a fresh 10.25-inch touch-screen inside, and a host of advanced active safety systems. Prices are yet to be confirmed.