If you take a close look, the front of this crashed Ford GT is no where near the burnt out shell. 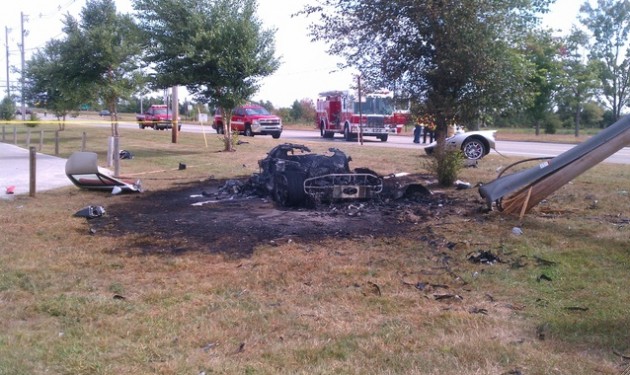 The fact both of these drivers survived this crash is testament to sheer luck. There’s no other way to describe it.

Before the Ford GT crashed, it was travelling down Sternberg Road (in the USA) when the driver turned to miss hitting a car that turned in front of him. 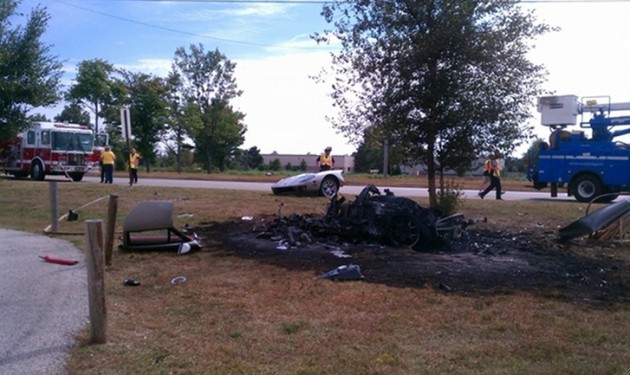 The Ford GT skidded out of control across five lanes before hitting a pole, which then separated the Ford GT into two pieces. The main section of the car that contained the occupants and the engine caught fire.

Reports say onlookers helped rescue the driver and passenger and put the fire out. Apparently the two occupants were injured, but main thing is they survived. And yep, the cops said they were speeding. Oops.