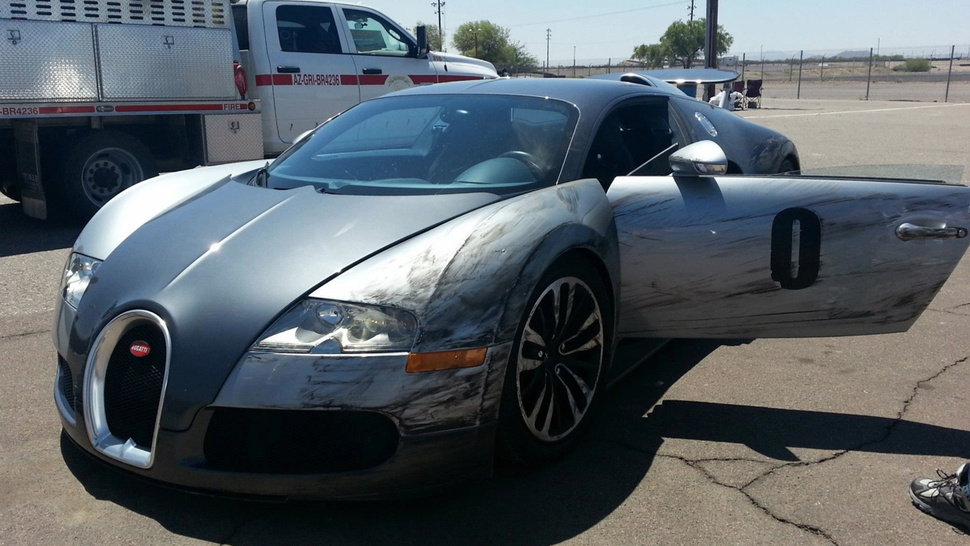 A Bugatti Veyron, also known as the most epic motor vehicle ever made, has been involved in a nasty little crash in Arizona, USA. The car was being driven on a track at the time. 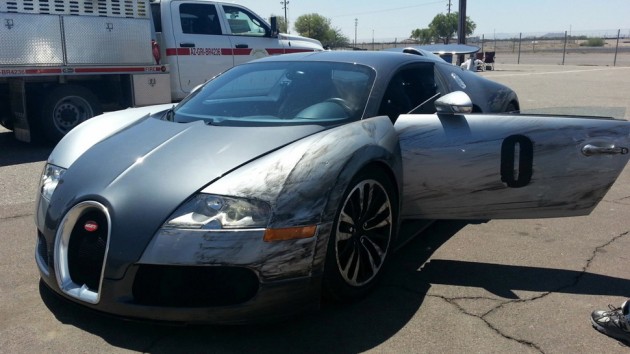 Even though the mighty Veyron, with its 1001PS (736kW), is pretty much the pinnacle performance car on the market at the moment, it’s not what you would call a track car.

It’s heavy – 1888kg – quite wide and long, and it offers mind-bending power which is perfect for extreme high speeds. So unless you’re taking it to a large oval track or possibly the Nurburgring, a general circuit is not really what the Veyron is intended for.

This example here may have just taught the owner a little lesson about its preferred natural habitat. As far as we know, the driver lost control of the Veyron leading into a corner. The car then hurled into a tyre barrier.

Fortunately, the driver escaped without injury. As for the car, well, it’s seen better days. The damage does appear to be mostly cosmetic/on the surface. The door is rather scarred, the side mirror is broken, and the front and rear guards are horribly scuffed.

The car is very likely to be repaired to live another day. We’d hate to be the one paying the repair bill though, considering its recommended retail price in the US is $1.6 million. Ouch indeed.