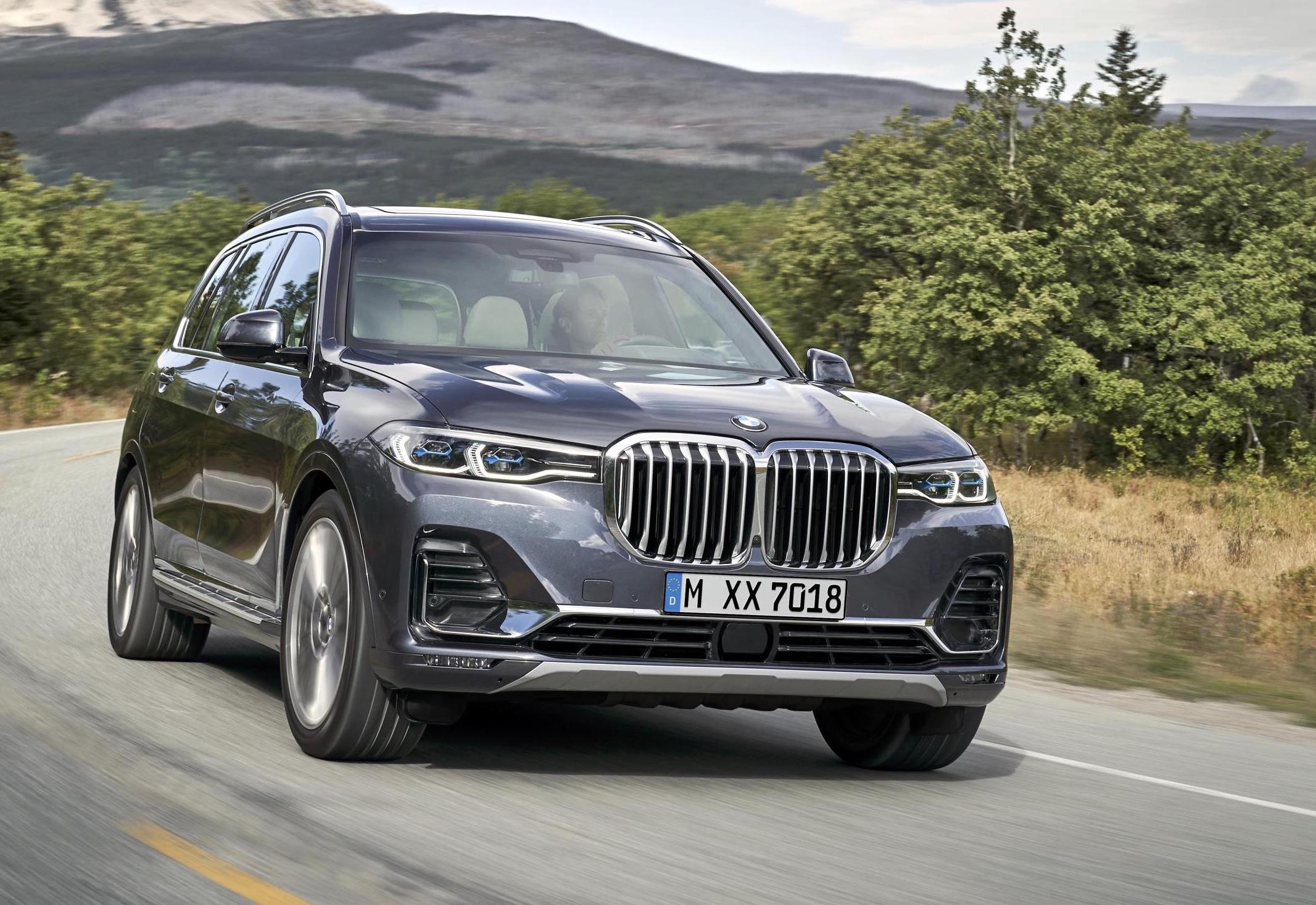 Welcome to the biggest, most luxurious SUV BMW has ever conceived. It’s called the BMW X7, and it has just been unveiled as the company’s new flagship X series. 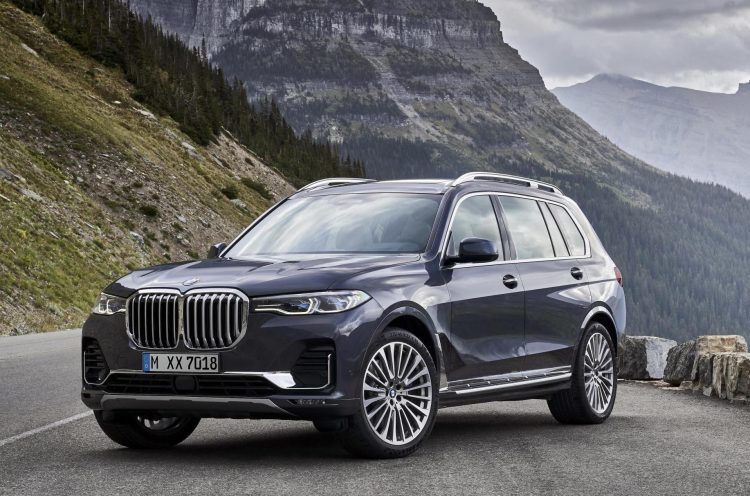 Starting with the power sources, buyers (subject to specific market availability) will be able to select between four main engine options. These range from the xDrive40i featuring a 3.0-litre turbo-petrol inline six producing 250kW/450Nm, to an xDrive30d featuring a diesel version developing 195kW/620Nm.

Stepping up to the higher levels, there’s the xDrive50i which features a 4.4-litre twin-turbo V8 generating 340kW/650Nm, or you can go for the X7 M50d that uses the latest 3.0-litre quad-turbo diesel inline six that develops 294kW/760Nm. All are matched to an eight-speed auto with all-wheel drive. 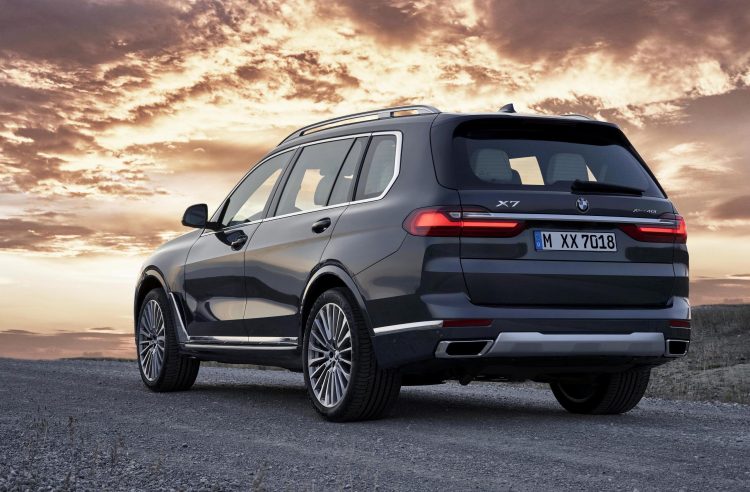 To help with handling, the 50i and M50d come with an M Sport differential for the rear axle incorporating an electronically-controlled locking function. The diff will be available as an option on the 40i as well. All models come with adaptive suspension as standard, with air springs at the front and rear. Drivers can adjust the ride height by up to 80mm through a button inside or by using the special BMW Display Key. 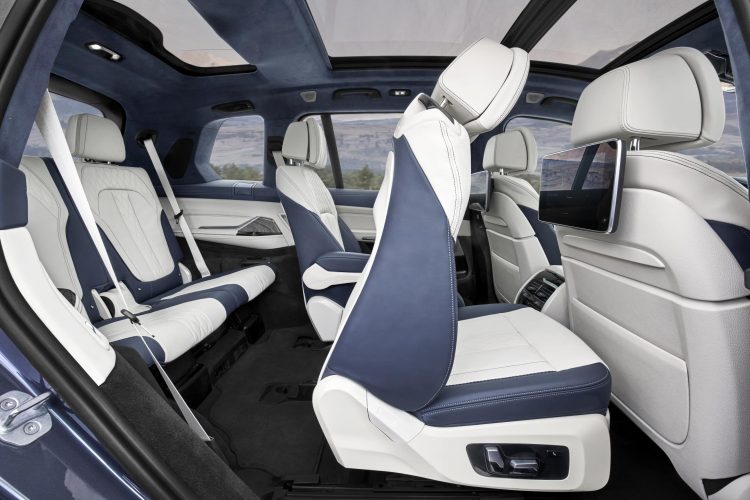 This means the interior is expansive. As standard the X7 is a 7-seater, with “full-size” seats for the third row that come with armrests, cupholders, and USB ports. Buyers can option for the middle row to comprise of two comfort seats. All seats are electronically adjustable in any case, and they can be moved around to offer a boot capacity of 326L or up to 2120L.

For the front passengers there’s a 12.3-inch media screen with BMW 7.0 operating system, and the driver views another 12.3-inch digital screen which provides displays for the instrument cluster. Audio can be produced through a comprehensive Bowers & Wilkins Diamond surround sound system as an option. 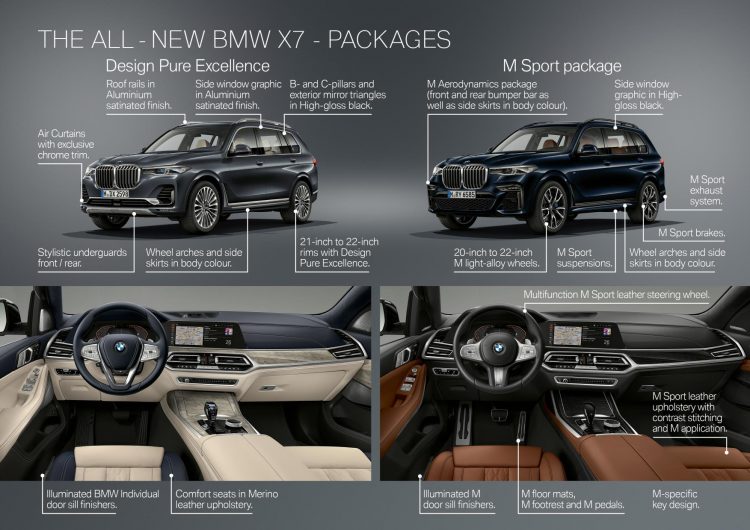 As standard, the BMW X7 comes with four-zone climate control, a three-section panoramic glass roof, and Vernasca leather upholstery. Buyers will then be able to extend to options such as the rear-seat entertainment package, a range of trimmings and in-car colours, to a special Sky Lounge glass roof, and of course the full M Sport pack with sporty garnishes inside and out.

BMW Australia has previously confirmed the X7 will go on sale locally some time during 2019. Market launch, globally, will take place in March. Like the X3 and X5, the X7 is being produced at BMW’s Spartanburg facility in the US.