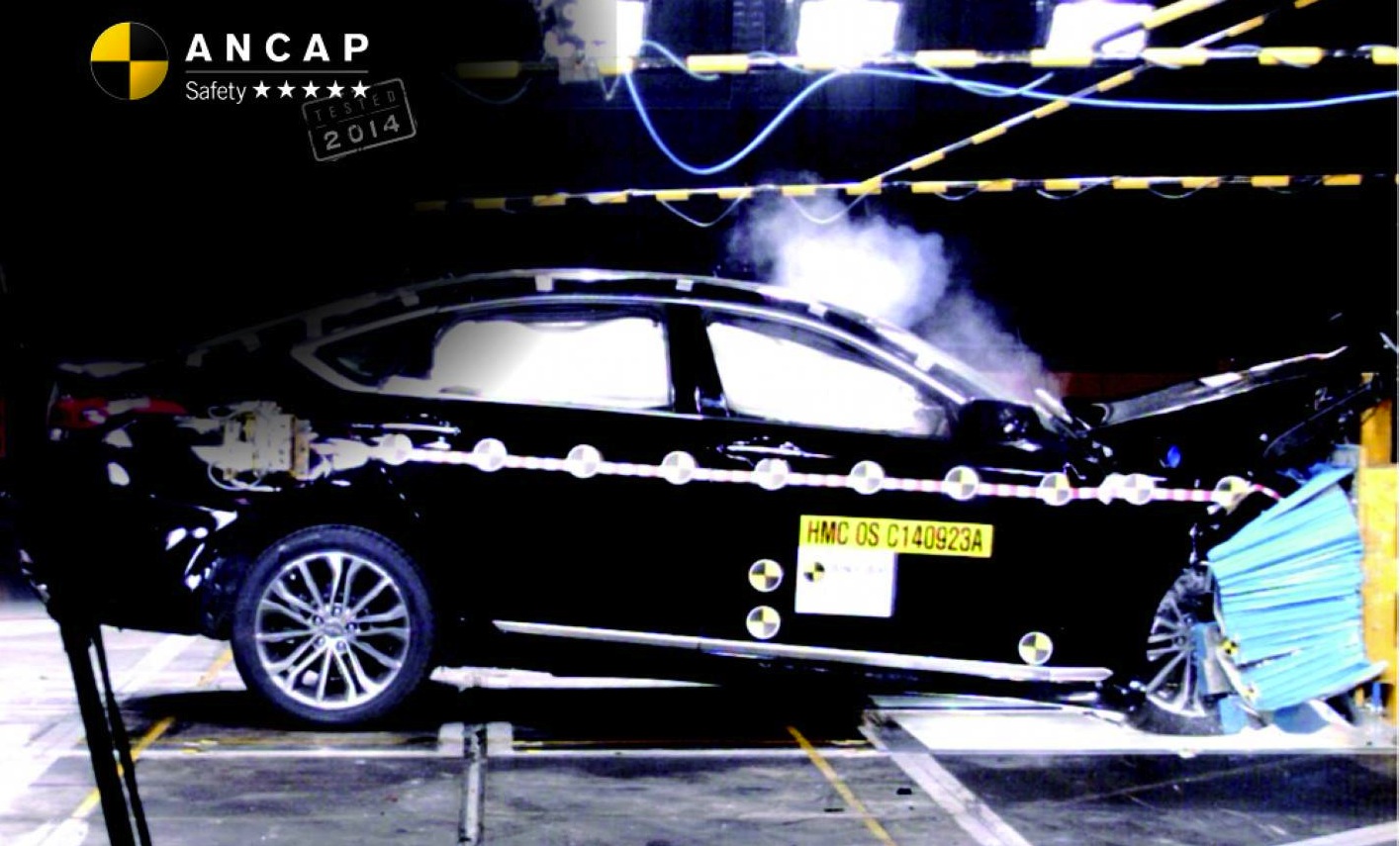 The all-new Hyundai Genesis sedan heading to Australian showrooms soon has been given a five-star ANCAP safety rating after recent crash tests. It impressed with a number of standard advanced safety technologies that have been confirmed for Australia. 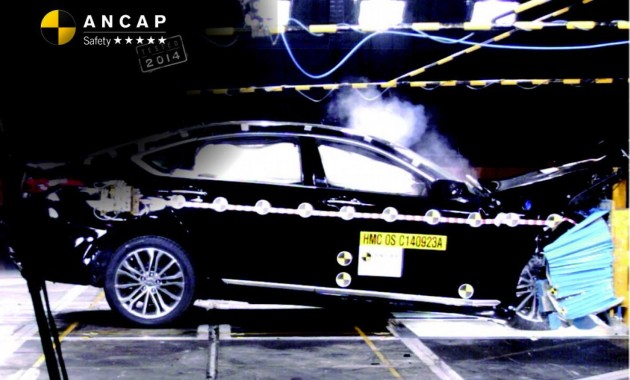 Hyundai Australia is still yet to announce prices for the new large luxury sedan, however, the local arm has just confirmed the Aussie version will come with various safety technologies as standard. These include an active pop-up bonnet for pedestrian safety, adaptive cruise control, adaptive headlights, autonomous braking, and daytime running lights

All variants will also get lane support, pre-safe systems, reversing collision avoidance, and a tyre pressure monitoring system as standard across the board. It will be quite an advanced luxury model when it arrives, and could shake up Lexus and Jaguar sales, as well as potentially impact German sedan sales in Australia.

After crash tests recently performed by ANCAP, the Genesis actually achieved the highest score ever recorded. The score was 36.88 out of 37, which is higher than any other vehicle tested by ANCAP. The chairman of the organisation, Lauchlan McIntosh, said the Genesis offers a high level of physical crashworthiness and excellent safety features as standard. He said,

“This is one of the first times we have seen the word ‘Standard’ listed against almost every safety feature on our checklist. Importantly, autonomous emergency braking is one of these standard features – one that has recently been left off many new models hitting our shores.”

Market entry for the new model is set to take place very soon. Hyundai has previously confirmed local buyers will get the 3.8-litre V6 engine, which is one of various engine options offered in overseas markets. The unit produces around 248kW.