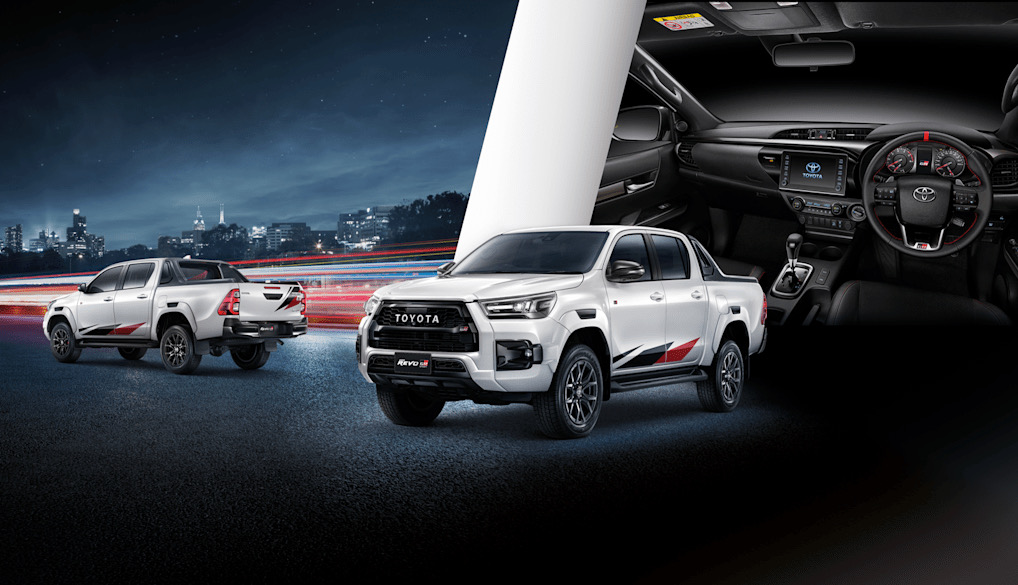 Toyota has introduced a GR Sport variant of the 2021 HiLux in Thailand, potentially giving us a preview of what to expect here in Australia in the future. 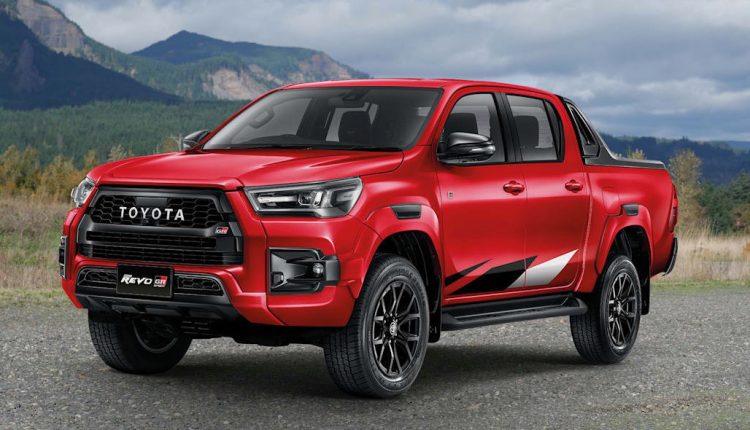 Toyota, globally, has already outlined the fact it wants to offer a GR package –whether it be GR Sport or full-blown GR or GRMN – for every core model in its range in the future. It currently offers a heap of GR Sport variants for various models in its global fleet, and even announced a GR Sport version of the Fortuner SUV.

GR Sport is the gateway into Gazoo Racing products, usually comprising of cosmetic and handling enhancements applied to existing Toyota model lines. Toyota has offered a GR Sport version of its HiLux in South America, but here we get a look at the new package for the latest HiLux dual-cab, called the Revo in Thailand. 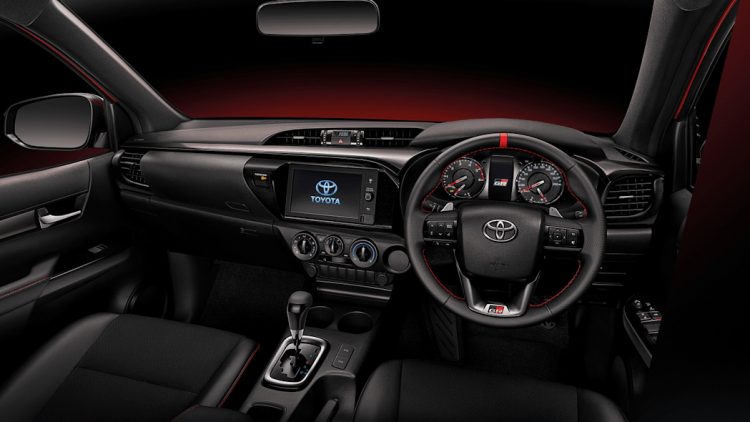 As you can see, the package brings in some fashionable black highlights, such as window surrounds, front grilles, sports bar, and side steps. There’s also a set of black 18-inch alloy wheels.

A set of red-painted brakes and some racy black and red decals complete the visual enhancements on the outside, while the interior receives only minor changes. Red stitching is used for the seats and steering wheel, and a bespoke gauge cluster logo is displayed.

No changes are made under the bonnet, leaving the 2.8-litre turbo-diesel four-cylinder with 150kW and 500Nm. Special monotube sports dampers are applied though to help out with handling.

Toyota Australia currently offers a GR Sport variant of the C-HR, and that’s about it. But it does offer the GR Yaris and GR Supra. We suspect some kind of GR Sport HiLux is on the horizon seen as though the previous model was offered in TRD trim in Australia. There’s also a trademark currently registered in Australia for the name GR HiLux.

In November last year, Toyota Australia’s vice president sales and marketing, Sean Hanley, hinted that more GR Sport models could arrive in the future. He spoke of the C-HR GR Sport as the “first” of its kind. Hanley said:

“Now with the imminent arrival of the first GR Sport model, we are extending the GR feeling to customers who may not want a high performance race-bred sports car, but still desire a car with sporty styling and a degree of performance modifications to set it apart from the standard Toyota lineup.” 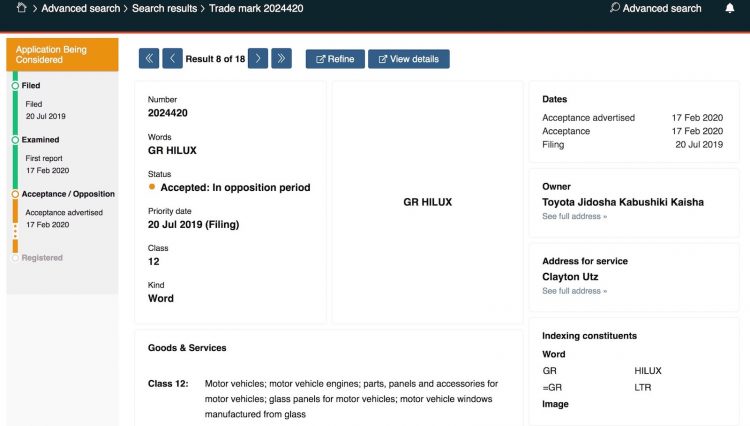