The upcoming 2012 Ferrari California facelift is set to receive a refreshing engine tune which will boost engine power. The new version will also shed weight while retaining the same exterior design. 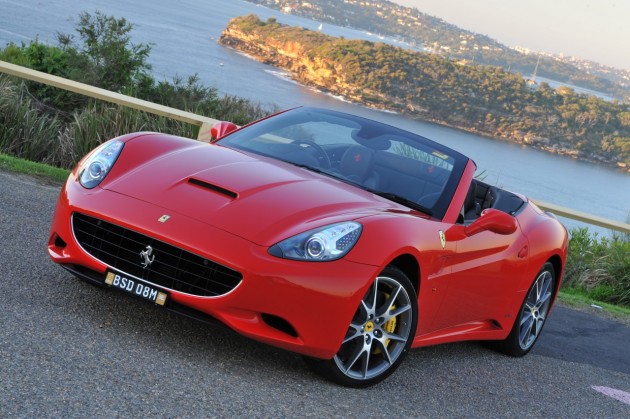 Nothing is official just yet but according to international dealers who have been provided model update information, the 2012 Ferrari California will get a slight increase in engine power from the 4.3-litre V8. In current form the roaring V8 develops 338kW of power and 485Nm of torque.

Thanks to a new exhaust ‘optimised micro cast’ manifold and a recalibrated ECU, the new version will produce 360kW and 505Nm. The changes are also expected to bring down the Ferrari California’s fuel consumption (current 13.1L/100km) and emissions as Ferrari strives to fit in with ever-tightening laws.

On top of the engine power increases, the 2012 Ferrari California will apparently lose a bit of weight. In current form the Ferrari California weighs in at 1735kg, with thanks to some aluminium changes to the chassis, the facelift will weigh in at 1705kg.

As far as the styling and interior goes, only very small revisions are expected to feature on the facelift, however, an updated central media interface might make its way onto the dash.

Production of the 2012 Ferrari California 2+2 hardtop convertible is set to kick off in January next year, with European deliveries commencing in March. Australian sales will likely follow. We’ll keep you updated on official word.

With this new model getting ready to hit the market, Ferrari Australia has announced price cuts for the current model. The 2011 Ferrari California now retails for $459,650, down from the previous $472,000. (Prices exclude on-road costs and taxes, as announced on October 24.)