Chevrolet has released yet another teaser video of the upcoming 2014 Chevrolet Corvette. This time, it’s not the exterior design that is previewed, it’s the production process. 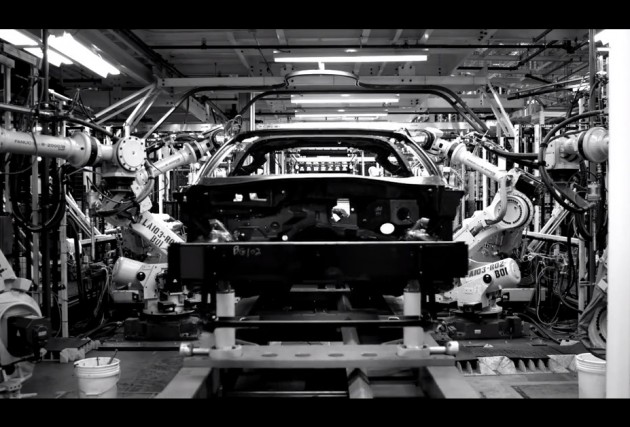 As previously reported, the new Corvette will be powered by a new Gen 5 6.2-litre small block V8. Thanks to technology such as direct injection and variable valve timing, power is set to kick off at around 336kW.

Like the current and previous model Corvettes, the new version will use lightweight materials in its construction to keep weight to a minimum. With a combination of the small block V8 and a relatively low kerb weight, the new ‘Vette is tipped to crack 0-100km/h in well under 4.5 seconds.

As for the styling, some diagrams leaked late last year showed the front and rear end. The front appears to be sharper with elongated headlights, while the rear looks like it will lose the traditional circle taillights, making way for a set of square items, as well as an overall theme similar to the current Camaro.

Full details and images will be unveiled this weekend on January 13, just ahead of the car’s debut at the 2013 North American International Auto Show in Detroit next week. Click play below for a sneak peek.