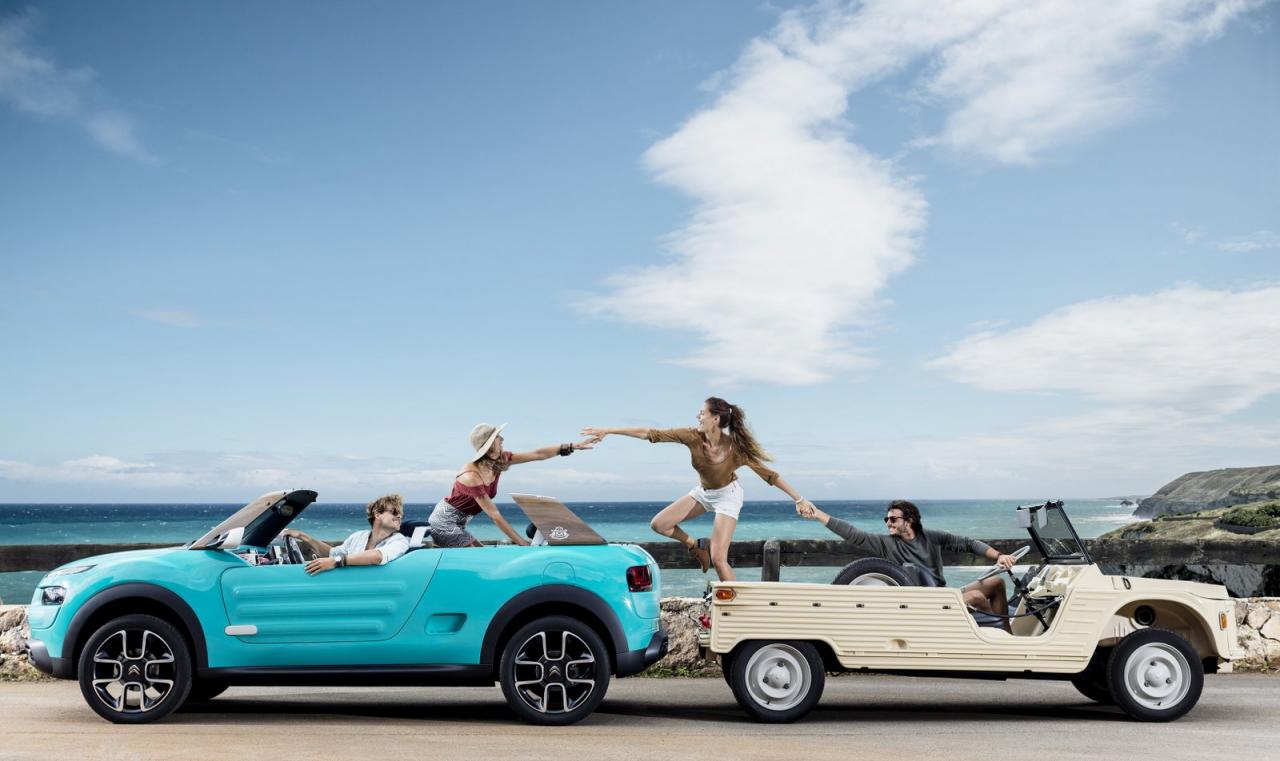 Citroen has officially unveiled its Frankfurt-bound C4 Cactus M concept. It’s a fun and beachy throwback to the 2CV-based Mehari of the 1960’s – an era when the marque was at its quirky best. 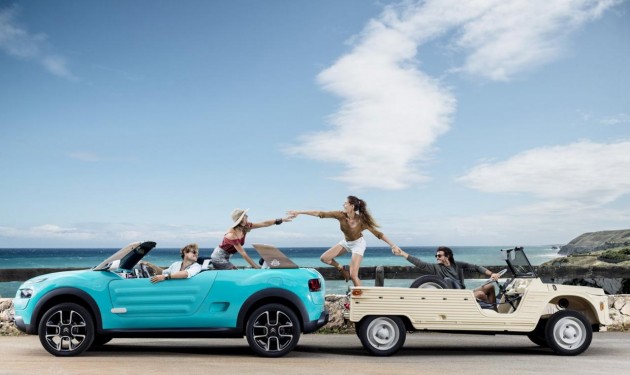 Although clearly based on the production C4 Cactus, the concept differs by featuring a two-door layout, as well as a more upright windscreen with a wood surround, complemented by a similarly-finished rollbar at the back.

The length and height are the same as the production version, but width is greater due to wheel-arch flares. A custom, colour-matched surfboard sits on the roof, where a removable panel that doubles as a tent would normally sit.

The blue paintwork is contrasted by red floral trim inside, reminiscent of a Wahu ball. The seats themselves are finished in wetsuit-like neoprene, with drain holes on the floor to emphasise the beach theme – this would look right at home at Bondi or Byron Bay.

Citroen has trademarked ‘e-Mehari’, suggesting that a hybrid version loosely based on this concept is a chance for production. Citroen’s exterior designer spoke of the difficulty of translating the Mehari concept without strictly emulating it:

“There is some pressure. If you respect the spirit of the car it is alright, if you just try to redo the car the same way it is wrong. Physically the spirit remains it is true to the original Mehari. It is not a copycat.”

Citroen seems on a roll to make bold and interesting cars again. Welcome back.