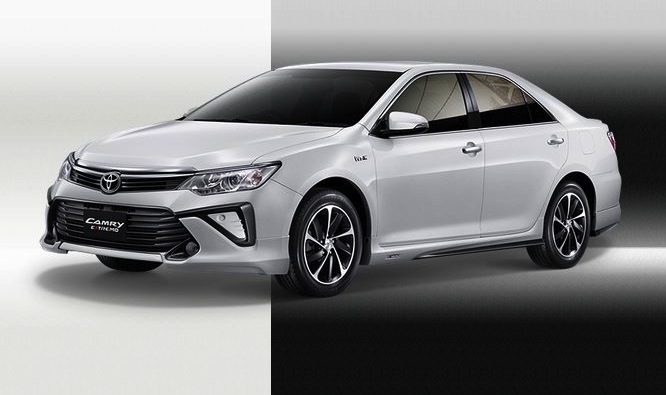 Remember the Toyota Corolla ESport Nurburgring edition from last week? Toyota has revealed yet another sporty-esque model at the Bangkok Motor Show; the 2015 Camry Extremo. 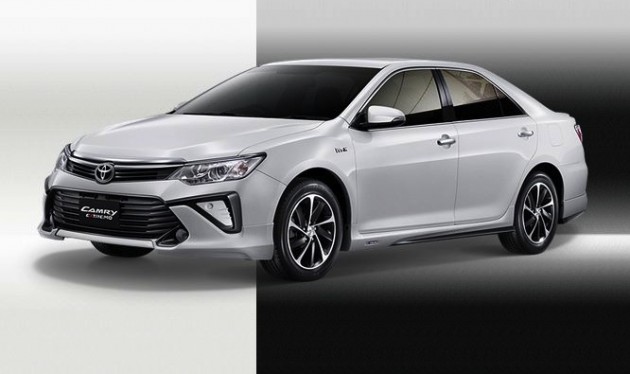 Perhaps the most interesting part of the Extremo is that it seems to showcase a facelifted exterior design. Although it is based on the Thailand-spec Camry which is different to the Australian model, the exterior design is quite similar.

At the front is a dressed up grille area with chrome trimmings extending to the headlights, while down below is a large grey mouth complete with a neat lower lip and supporting driving lights. The sides also feature unique grey-highlighted fake intake vents.

There’s also a set of side skirts with matching grey sections, two-tone 17-inch alloy wheels, and a sporty diffuser at the back also dressed in grey. These sporty add-ons are bespoke to the Extremo variant, which is part of the regular lineup in Thailand.

Okay, so it’s not exactly the most exciting vehicle Toyota has made but we think the exterior design isn’t too bad for a Camry – it actually looks more sophisticated than the rather straight and boxy Camry currently sold in Australia.

Toyota has ambitiously fitted a number of performance-focused components to separate it from the rest of the Camry range, including a damper-controlled tower strut brace for the front, and an uprated engine. Under the bonnet the Thai-spec Camry Extremo is powered by a 2.0-litre four-cylinder like the outgoing version. However, output has been bumped up from 109kW to 124kW, while torque has increased from 190Nm to 199Nm.