For buyers of the manual Camaro SS, Chevrolet has announced plans to offer a 2013 Chevrolet Camaro 1LE package. It comes with aggressive styling enhancements and various components suitable for track work. 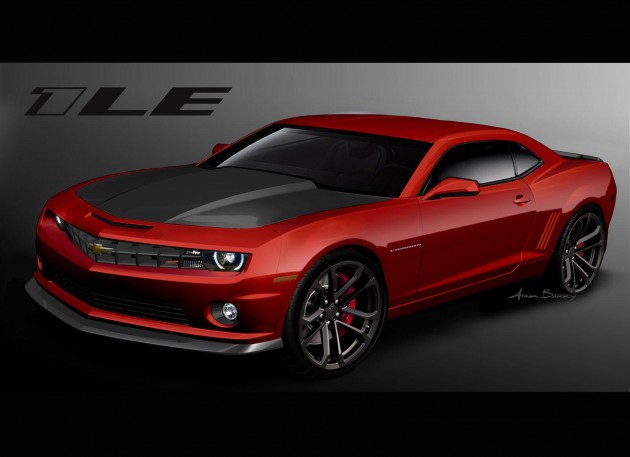 From the outside, the 2013 Chevrolet Camaro 1LE looks a few steps more aggressive than the normal Camaro SS. It features a bulging bonnet, a lower front spoiler, and a deck spoiler at the back. There’s also a set of matt grey 20-inch alloy wheels wrapped in Goodyear Eagle Supercar G:2 tyres.

Under the bonnet, the same 6.2-litre V8 that’s in the SS is nestled under the hood. It produces 318kW of power and 569Nm of torque. The package is only available with a bespoke six-speed Tremec TR6060-MM6 manual transmission, which feeds power into a 3.9:1-geared differential.

Chevrolet is calling the 1LE a combination of both the SS character, and the full-cream ZL1. Al Oppenheiser, Camaro chief engineer, recently said,

“That the 1LE breaks the three-minute lap at VIR [Virginia International Raceway] puts it in the upper echelon of performance cars. That it starts under $40,000 makes the Camaro 1LE one of the most affordable, most capable track-day cars offered by any manufacturer.” 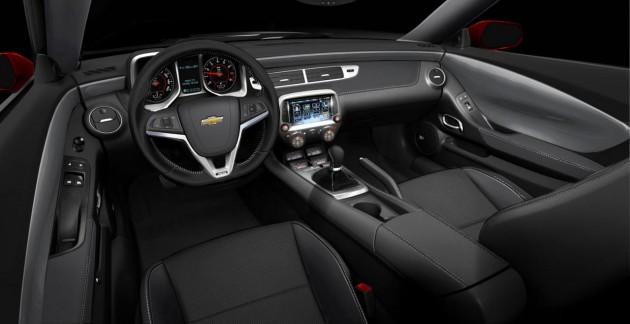 Inside, the 2013 Chevrolet Camaro 1LE comes with a special flat-bottomed steering wheel, which Chevrolet says is great for heel-and-toe track driving, as well as a sueded-microsoft interior trim.

Other unique highlights include:

The package will be available in the US during the third quarter of this year. Prices will start at $40,000.