A very rare Porsche 959 has been involved in a crash in Montreal, Canada, over the weekend, destroying parts of the front and rear ends. The supercar is one of only around 337 that were originally built. 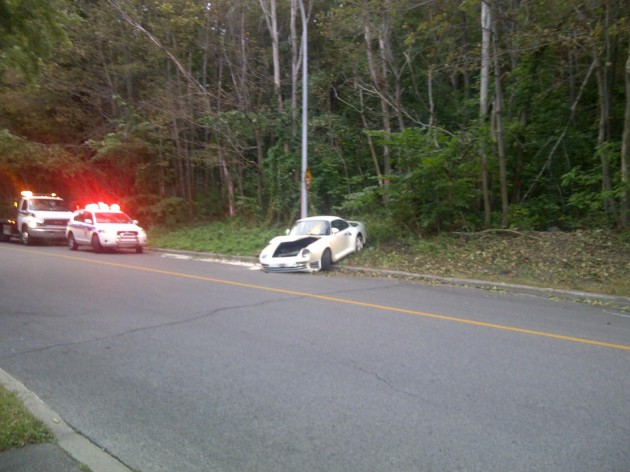 According to reports, the driver was wearing thongs at the time of the crash, potentially proving some laziness behind the wheel.

It appears the 959 spun around and hopped the gutter, and clipped a power pole in the process. It’s understood the driver escaped without serious injury. 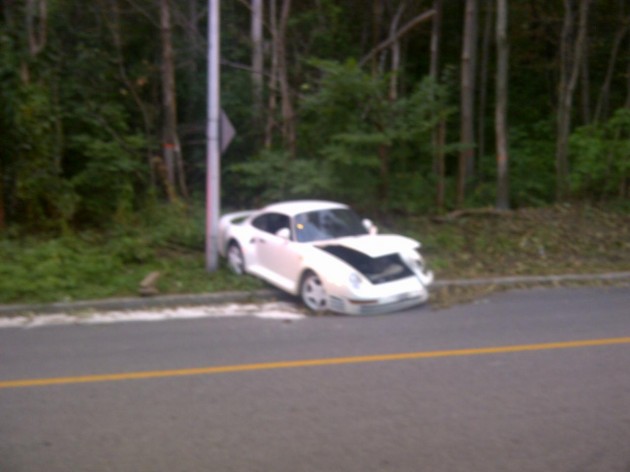 The Porsche 959 is not a car that should be taken lightly. It was once the fastest production car in the world, capable of hitting 195mph (314km/h). The record was set in 1986, and it showed the world supercars needn’t be two-wheel drive. The 959 is considered the first four-wheel drive supercar.

The 959 is one of Porsche’s most iconic vehicles ever made and perhaps one of the most sort-after supercars of all time. It was designed for speed and to take part in the crazy Group B rally series.

Unfortunately for Porsche, it wasn’t long before Ferrari fought back and brought out the F40 to beat its top speed with a speed of 201mph (324km/h) in 1987.

It’s such a shame to see one damaged like this. By the looks of it the car will probably be repaired to live another day.