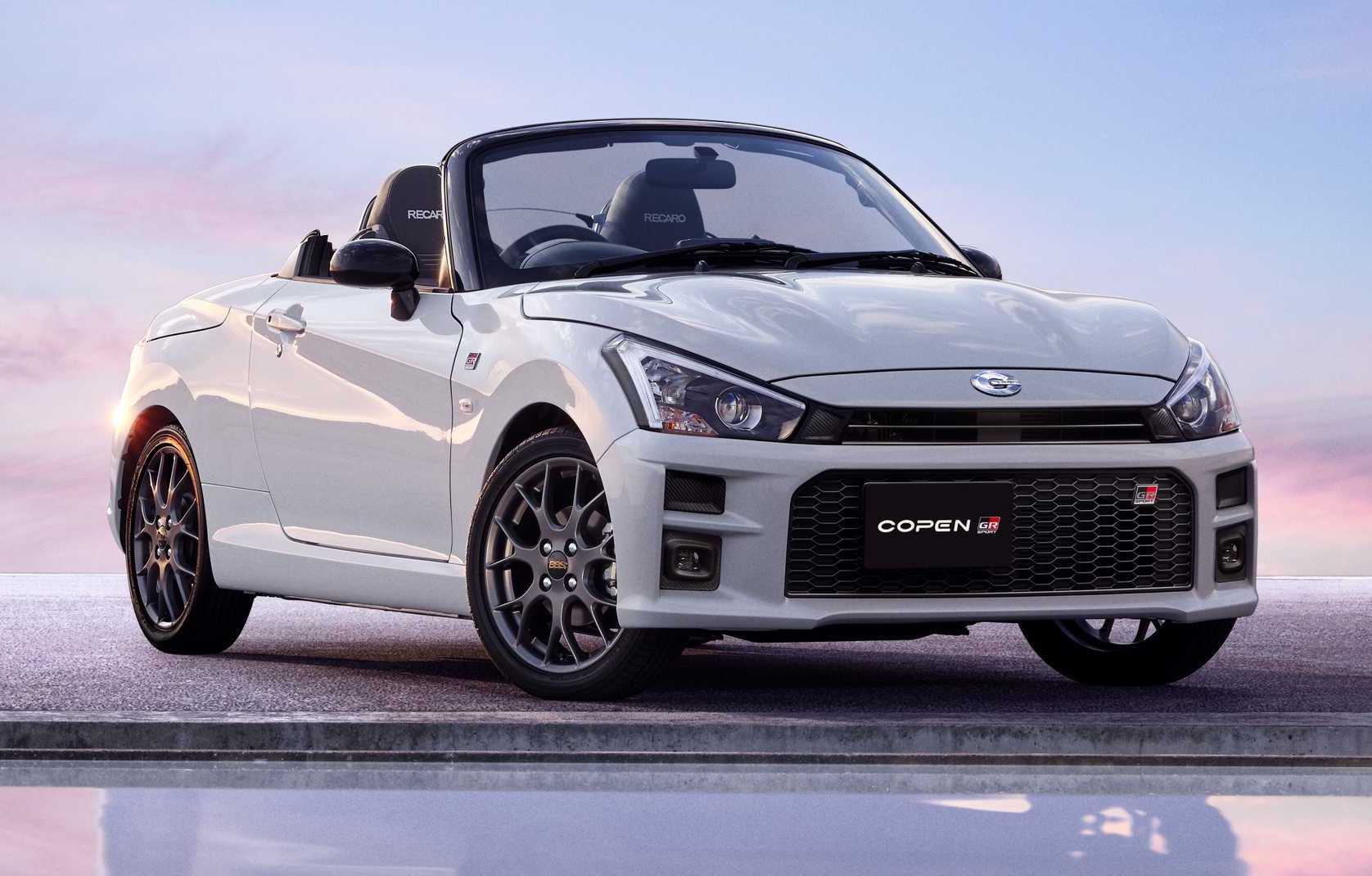 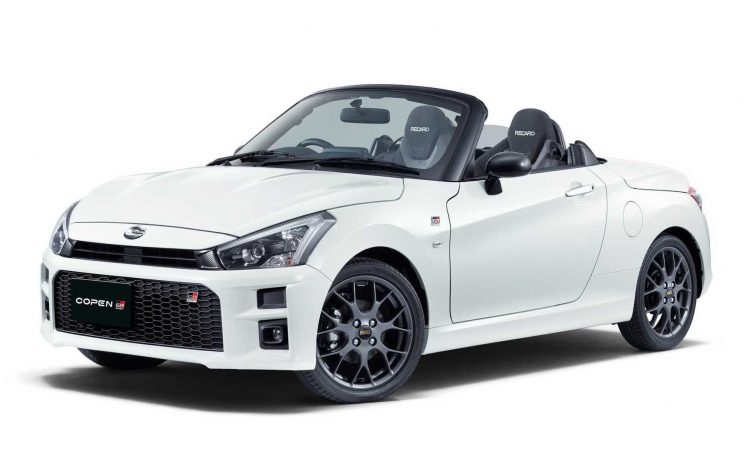 As you may know, Toyota owns Daihatsu which is why its motorsports division, Gazoo Racing, has come up with something for the humble Daihatsu Copen. It’s not a fully blown GR model like the Supra and Yaris GRMN, but instead a GR Sport variant which features a range of enhancements.

For the exterior Gazoo Racing has created a unique aero kit including a sporty front bumper bar and racy front grille, paired with a unique rear bumper bar complete with a neat diffuser element down below. A set of special LED headlights with black highlights, exclusive fog lights, and a set of BBS forged aluminium wheels in matt grey complete the look. 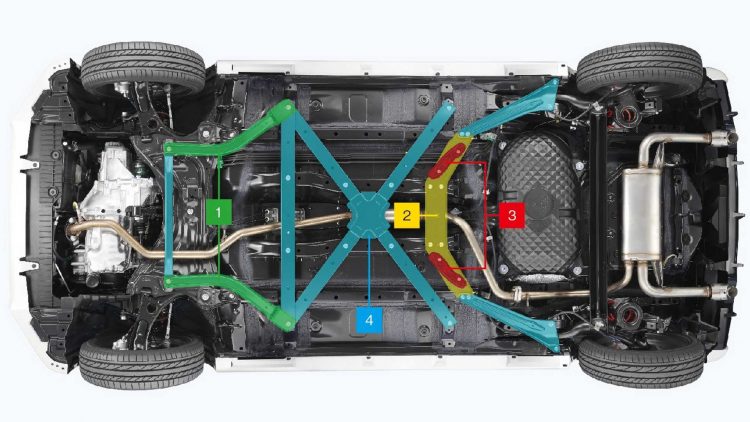 It’s not just about the looks, though. Gazoo Racing has also tuned the handling and developed a custom sports suspension setup with red coil springs and added sports dampers. Revisions have also been made to the electric power steering, and a strut brace is added to the front end along with  centre bracing to increase rigidity. A limited-slip differential is also added.

Lastly, the interior is given a little makeover and showcases Recaro seats with GR labelling, while a trio of gauges are showcased on the dash, and there’s a leather-wrapped MOMO steering wheel for the driver. Piano black trimmings adorn the centre cluster and door handles. 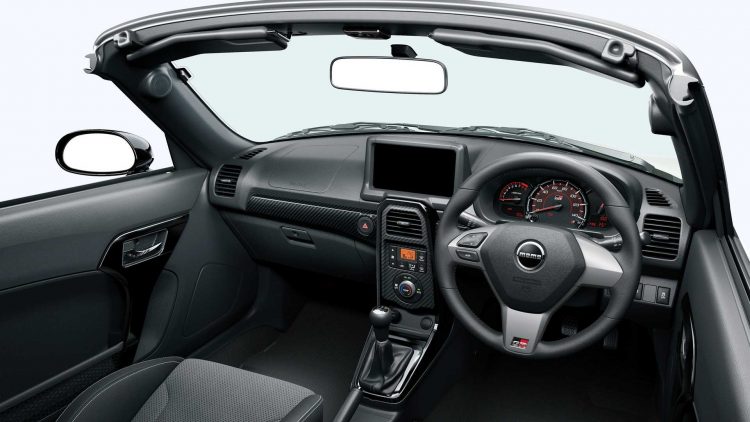 No changes are made under the bonnet, so, as standard the Copen lives on with its 660cc turbo-petrol three-cylinder engine. It can be had with a five-speed manual or CVT auto, with front-wheel drive. The petite unit produces a mighty 47kW.

We don’t know about you but we really, really want to have a drive of this micro machine. Unfortunately, it goes on sale in the Japanese market only. Buyers can order the special version through Toyota dealerships around the country.