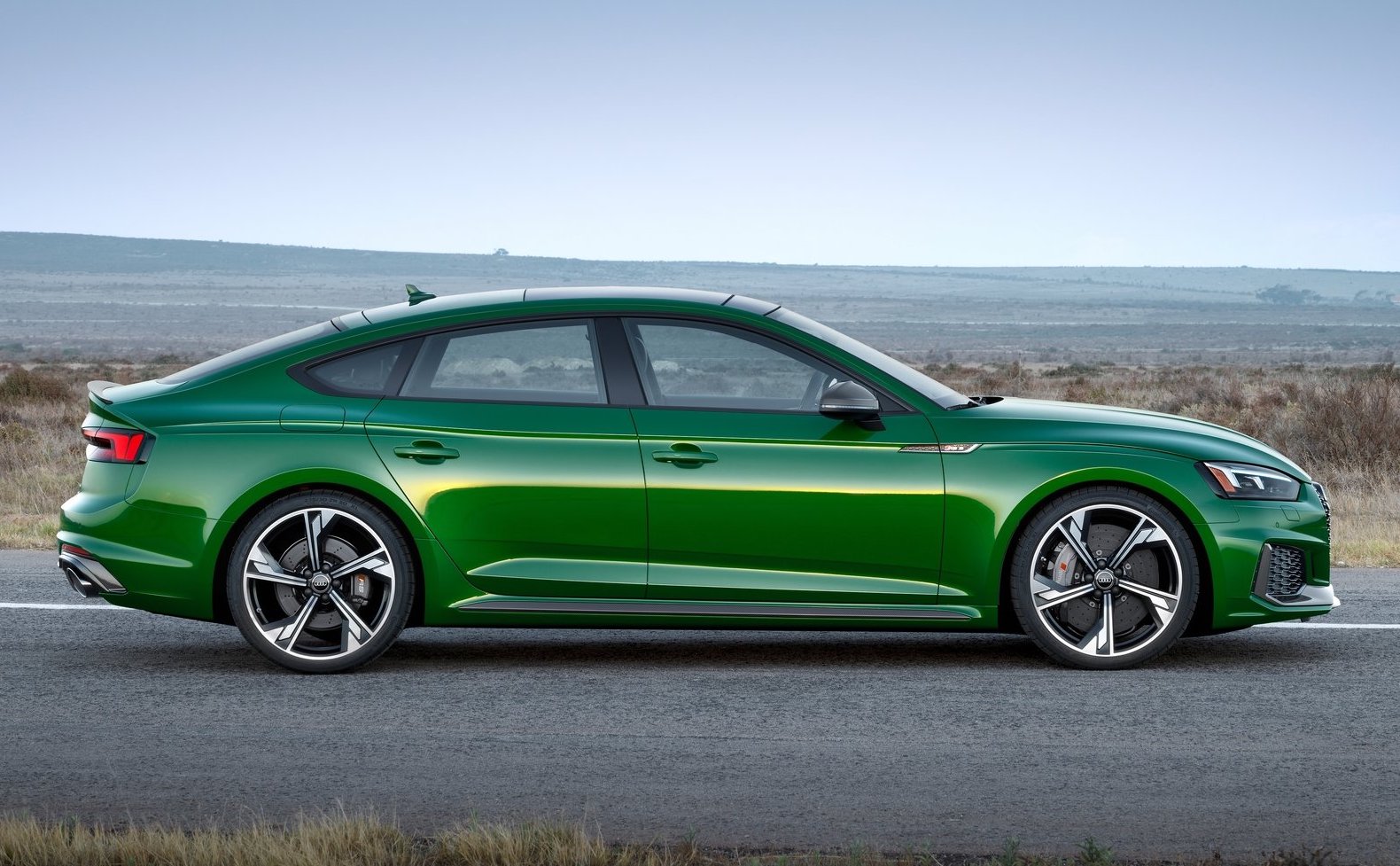 The new Audi RS 5 Sportback has been unveiled. It’s the first Sportback version of the RS 5, and it sports all of the performance credentials of the regular coupe version. 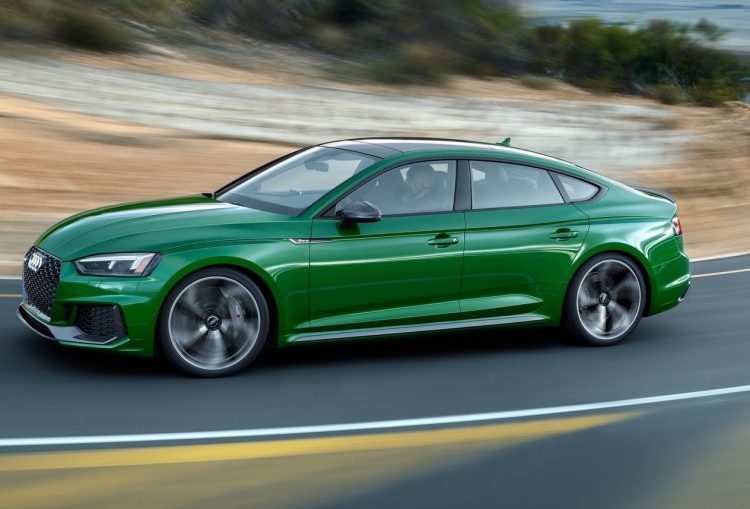 Taking on the latest A5 design, the RS 5 Sportback looks epic. Buyers will be able to option for awesome 20-inch alloy wheels, or retain the standard 19s, while the honeycomb air intakes and muscular wheel arches give it real presence on the road.

Power comes from the latest 2.9-litre twin-turbo V6 petrol engine, switching from the old 4.2 V8 offered in the previous RS 5 coupe. Power output is rated at 331kW, but torque is now up to 600Nm. Sent through an eight-speed automatic transmission with all-wheel drive, you can imagine the performance. 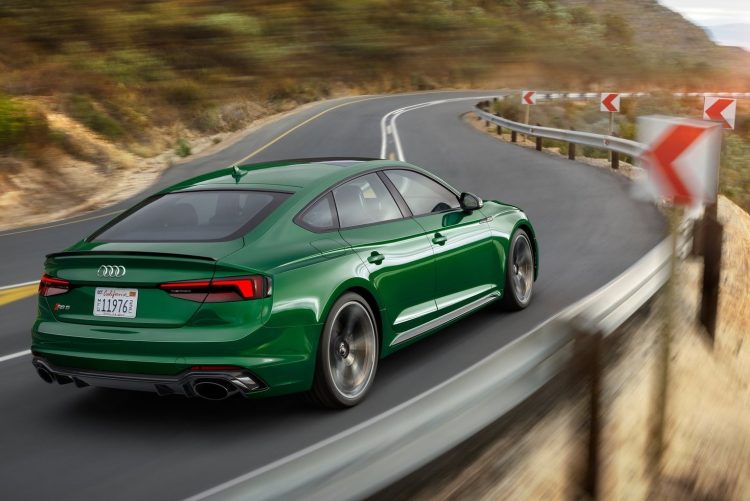 Speaking of which, the new model can cover the 0-100km/h sprint in a claimed 3.9 seconds, while the top speed is rated at 280km/h. A lot of this is thanks to peak torque being available at a very low 1900rpm, as well as the turbos blowing in up to 22psi of boost.

The all-wheel drive system, adopting Audi’s famous quattro technology, distributes power 40:60 between front and rear axles, but when slippage is detected, up to 85 per cent of the power can be sent to the front automatically, or up to 70 per cent to the rear.

Handling balance is perfected thanks to a revised five-link design front and rear, with RS sports springs and dampers. It also sits 7mm lower to the ground than the regular A5 Sportback. Drivers interested in more control can option for the Dynamic Ride Control system with adjustable settings.

Inside it’s all very modern and crisp in typical Audi fashion. The front passengers are treated to hip-hugging RS sport seats, and the driver faces a fully digital instrument cluster and flat-bottom steering wheel. Cargo space is rated at 480 litres, or 1300L with the rear seats folded down.

Audi Australia says the new model is expected to arrive locally at the end of this year. Prices and local specs are yet to be announced.