It’s unfortunate but it was bound to happen. This is the first Lamborghini Aventador crash to been reported. It occurred on Tuesday the 30th of August in Padua, Italy. 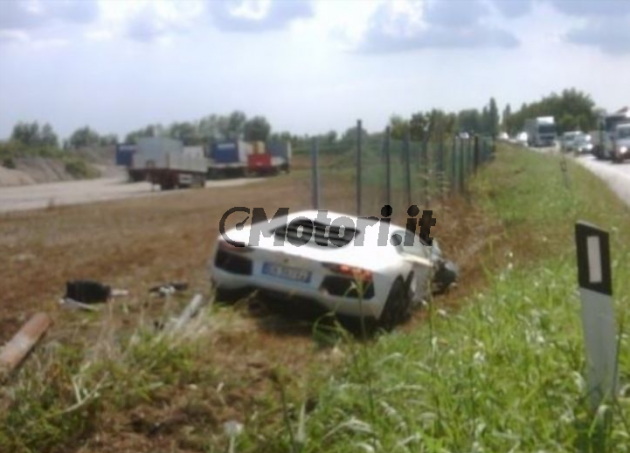 According to reports the driver of the Lamborghini Aventador was attempting to overtake a range of vehicles but clipped a turning truck on the way past. This sent the Aventador into a spin, taking out a telegraph pole and a few signs and a fence in the process, finally landing down a ditch.

The images, first published at Motori.it, show the poor Lamborghini Aventador sitting in the dirt shortly after the incident. By the looks of it there is fairly extensive front end damage to the full carbon fibre, Bianco Isis (white) Aventador, a supercar which has only been on the market for a short time.

Both the driver of the crashed Lamborghini Aventador and the truck driver reportedly did not suffer serious injuries from the incident. The Lamborghini will now be taken back to the factory in Bologna to see if it can be fully repaired. We hope it’s okay. 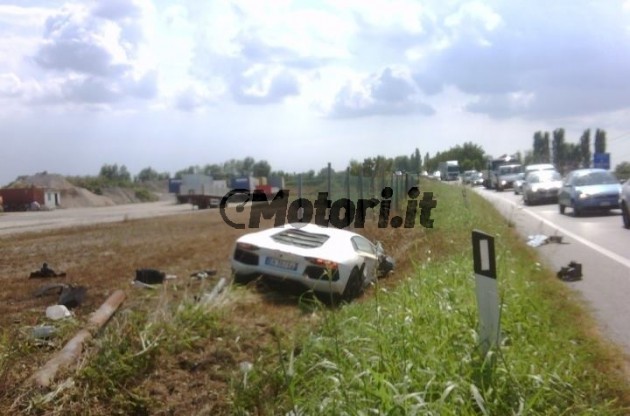