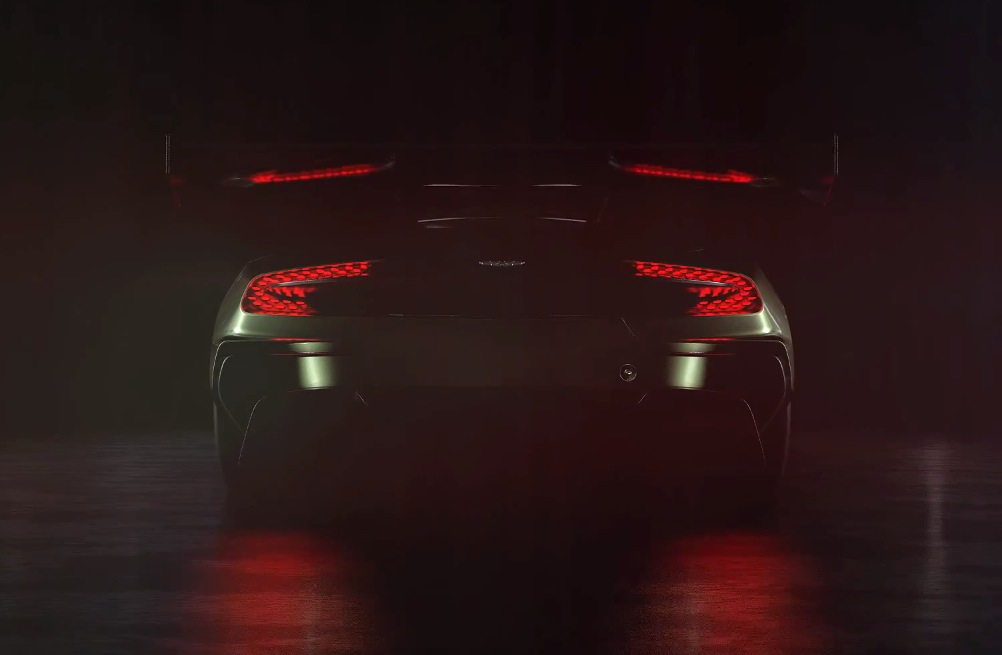 Aston Martin has released a second teaser for its upcoming track-only model, the Vulcan. This time we get a quick look at the big rear wing and get to hear the V12 engine. 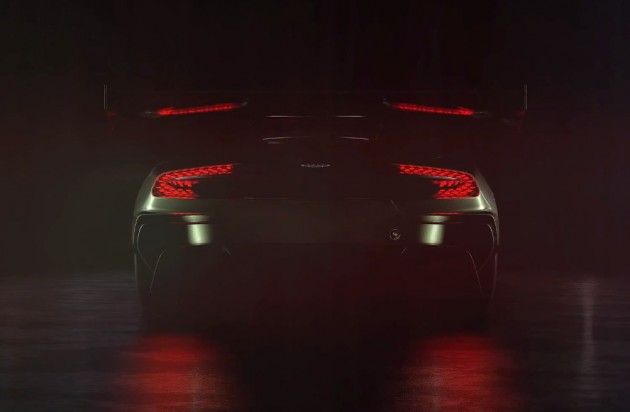 In a short clip released online, the 30-second teaser gives little away, but with a set of side-exhausts and a rear-wing that would make a commercial airliner blush, the Vulcan is set to be a track-focused animal.

Rumours of a track-only Aston Martin have been floating around for quite a while now, but you needn’t wait too much longer; the Vulcan will be unveiled at the Geneva Motor Show on March 3.

No specifics have been released from Aston Martin, but it is expected to be powered by a highly tuned version of its 5.9-litre V12. Whether or not the Vulcan will ride on an existing platform, or feature its own unique chassis is unclear, but it is set to feature a stripped-out cabin with more carbon fiber than a Tour de France bicycle.

The Vulcan is reported to be Aston Martin’s reply to the McLaren P1 GTR and Ferrari FXX K, with emphasis placed on neck-breaking track performance, rather than softening down to road legal requirements.

It is expected that Aston Martin will offer a similar program to the ones offered by Ferrari and McLaren, where the vehicle will be held and maintained by Aston Martin, and transported to tracks for events or by request of the owner. See below for the preview.