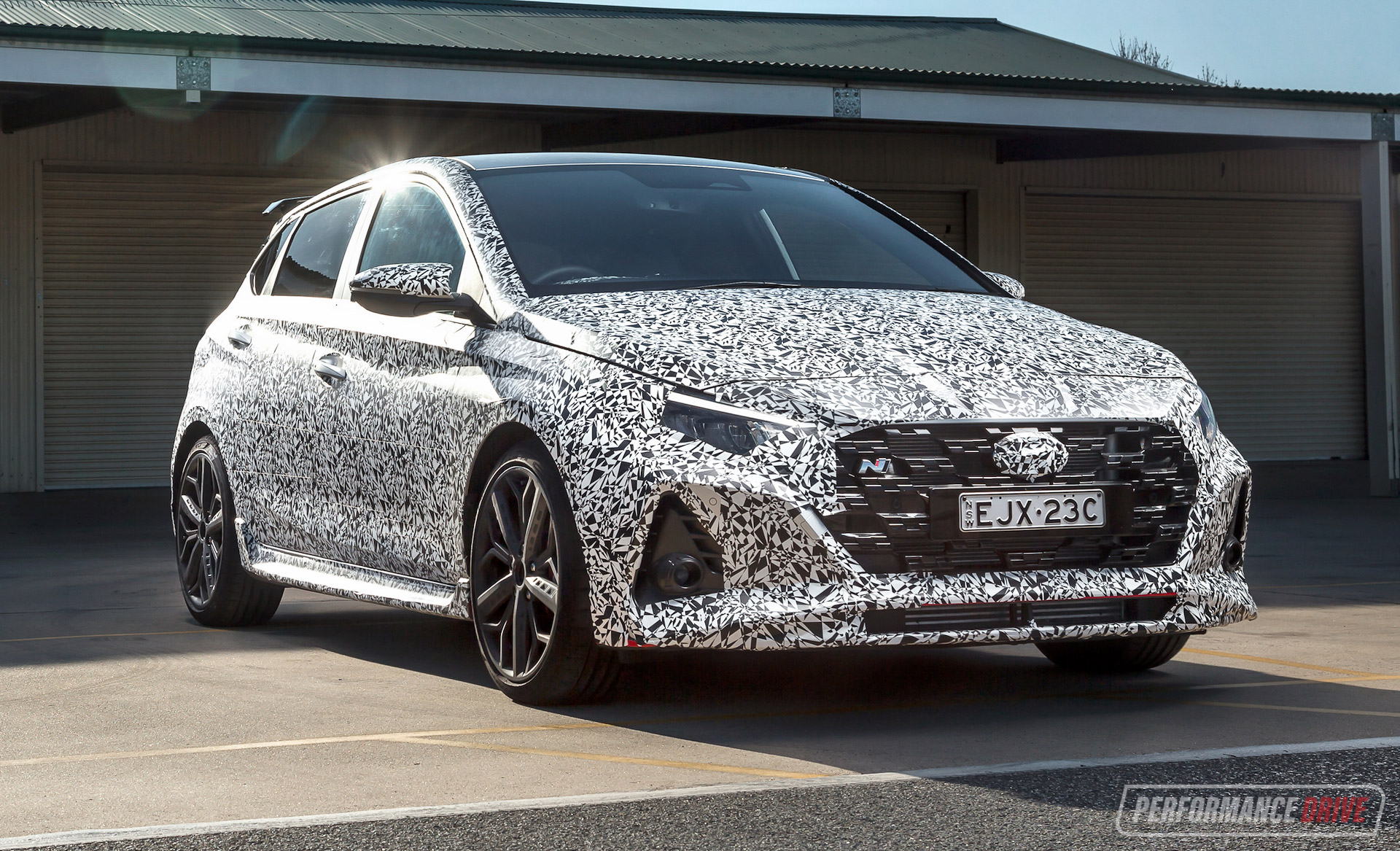 Okay, driving fans, pay attention. If you’re looking for a fun, extremely nimble, and properly-engineered track day car or mountain road warrior, the incoming 2021 Hyundai i20 N is arriving next year. And, we can confirm, it will be worth waiting for. 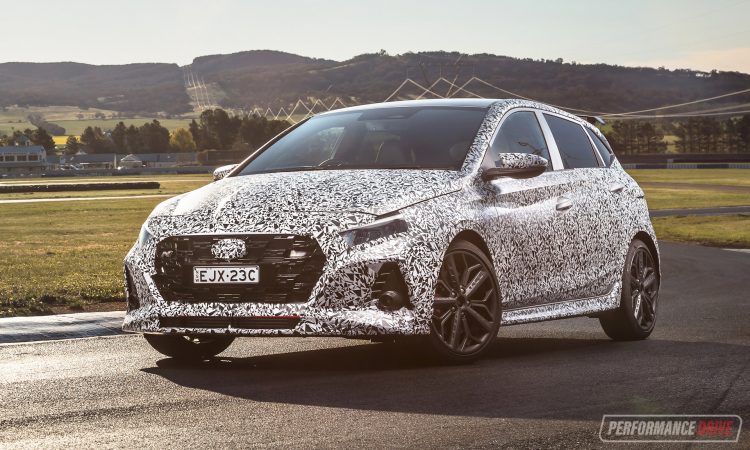 How do we know? A handful of Australian media outlets were given a very exclusive opportunity last week to sample a prototype version of the upcoming i20 N, out at Wakefield Park racing circuit. And on first impressions, we get an overwhelming sense this is going to be a very good thing for driving fans.

The i20 N will come in as Hyundai’s third proper N model, following the i30 N and overseas-only Veloster N. It has cars like the cracking Ford Fiesta ST firmly in its sight, promising the versatility of a compact hatch blended with sheer driving fun thanks to a well-sorted chassis and animated turbo engine. 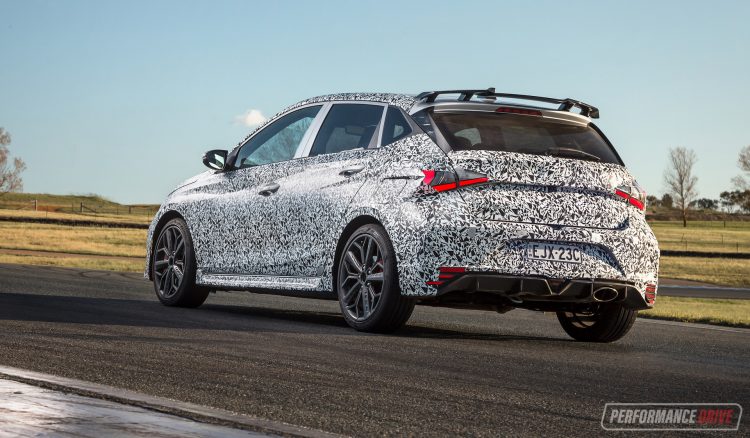 Many of the finer details and specifications are yet to be confirmed, however, Hyundai has released some of the juicier stuff to keep us all excited. Such as the engine. It’s a 1.6-litre turbo four-cylinder producing precisely 150kW and 275Nm. This is very similar to the engine featured in the latest Veloster Turbo, but N engineers have applied unique tuning. Including a barking exhaust system.

Compared with its key rival, the Fiesta ST, the i20 N has an additional 3kW up its sleeve, but falls short of the 290Nm of torque offered by the Ford’s petite three-cylinder. Hyundai is yet to release where in the rev range these figures are achieved. As a guide, the Veloster Turbo offers 150kW at 6000rpm, and 265Nm between 1500-4500rpm (275Nm during overboost). Since the unit features bespoke mapping we’d anticipate slightly different peak points. 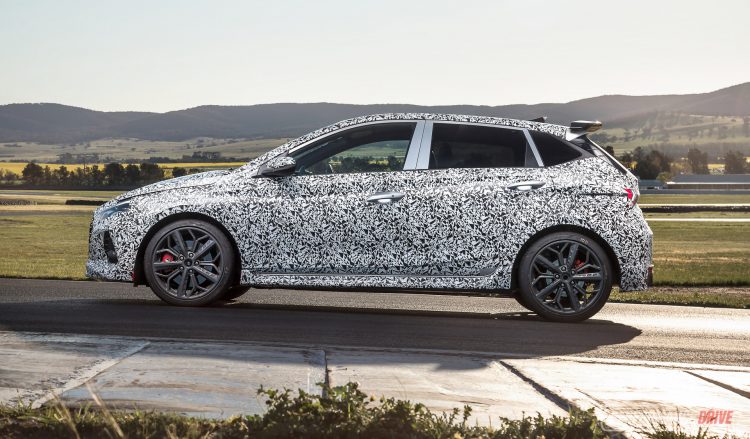 Next to the engine is a six-speed manual transmission – there is no automatic option. The transmission uses a reinforced clutch “to cope with higher rpm”, Hyundai says. This could suggest peak power is achieved higher than 6000rpm, compared with the Veloster. We noticed during our test drives the engine is eager to rev past 6000rpm, even approaching 6500rpm. The heavy-duty clutch also supports torque loads and a launch control system which will come as standard.

From there, power can be sent through what seems to be an optional mechanical limited-slip differential. Hyundai says an “m-LSD” will be “available”, suggesting it might not come as standard. Different market regions around the world could be different. Other goodies that have been confirmed include variable muffler control, brake pad warning indicator (great for track drivers), automatic rev-matching, engine-off cooling fan control, and a shift light.

Some of the cool tech we’ve seen on the i30 N and, in particular, the new i30 N, are also being brought across; N Grin Shift Control, which is essentially a mode for providing overboost for a certain periods, will come as standard. There’s also Normal, Eco, Sport, N, and N Custom driving modes to play around with. These alter the steering, engine response, stability control, exhaust sound, and rev-matching systems. 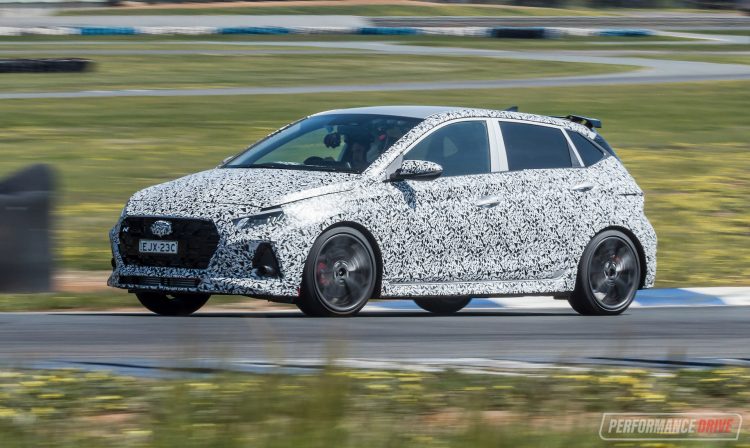 Out on the track the i20 N is very playful and energetic. The engine has no trouble pulling from low revs, likely helped by a low kerb weight, and the engine gives off an entertaining bark and crackle. We would have liked a more wholesome noise from the tailpipe though, as there seems to be some gushing and whooshing sounds during some parts of the rev range. However, being a development vehicle, the sound may change somewhat for the production model.

It definitely feels fast. Hyundai probably isn’t going to like us mentioning this, but we slowed down the lap footage in our editing software to see what sort of lap time it did (obviously this isn’t the full potential). The best run was 1:13.09, by the looks of it. We weren’t allowed to run on the ripple strips or make use of the kerbs due to the sensitivity of some of the prototype suspension components. However, this is a dashing lap time for this segment of vehicle. With full use of the track (and in finished, production trim) we reckon a 1:11 or even 1:10 could be possible. 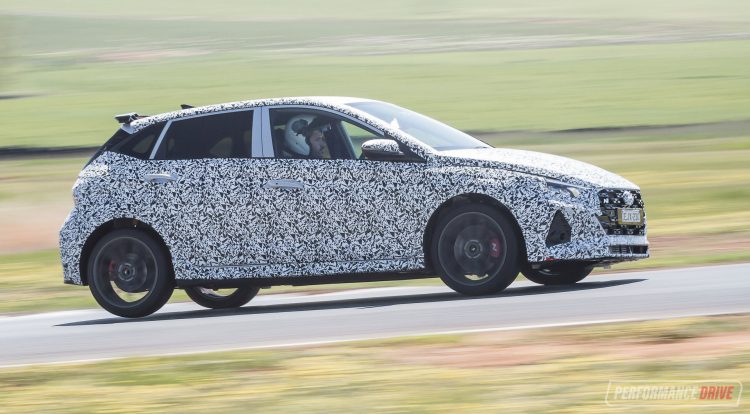 In terms of the handling, the i20 N does feature a torsion beam rear suspension setup. This isn’t the most modern of arrangements, but it is what the rivals use as well, and is known to be beneficial for packaging and interior space efficiency. And let’s not forget, this car has to be practical and suitable for everyday use. We noticed oversteer is very easily provoked. You simply need to twitch the electric power steering in any direction and the car responds immediately, throwing the weight towards the rear end.

Since we were driving a prototype (likely very expensive) and under watchful eye of Hyundai officials, we didn’t dare switch the stability systems off. However, with them off we reckon this thing would be an absolute laugh. Even with them on, the N mode allows for some slip and play. It is very easy to control too, which is great for beginners but also rewarding enough for experienced drivers.

There doesn’t seem to be any understeer, at all. We tried pushing very hard into the final corner, which is essentially a hairpin bend, just to see how the car would respond. Surprisingly, it turns in and gets on with directing the car with minimal fuss. It’s quite remarkable, actually. 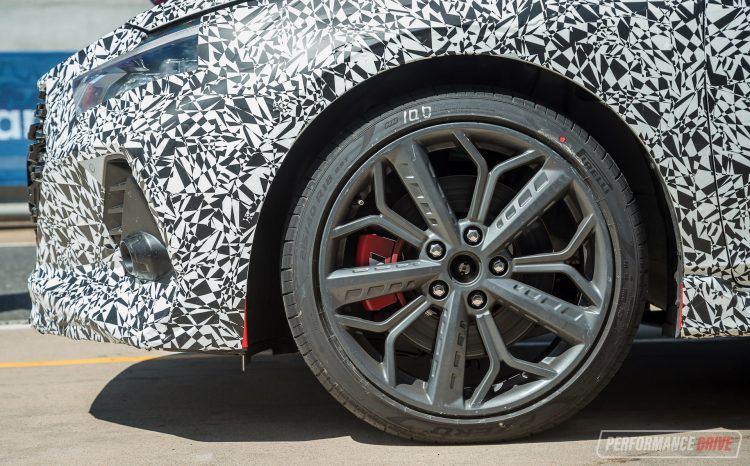 And on that note, the braking performance is also awesome. The i20 N will come with 320mm front discs, about 40mm larger than the standard i20 setup. There are red-painted calipers but it doesn’t look like multiple pistons will be used. Not that such a low-weight vehicle will need them.

Overall, this is clearly something we driving fans can all look forward to. Will it be able to topple the veterans of this class? We’ll have to wait and see. But the early indications are very promising. Let’s hope this is priced somewhere around the $34k mark. Check out our track test video below for more of an idea on how it goes and sounds.