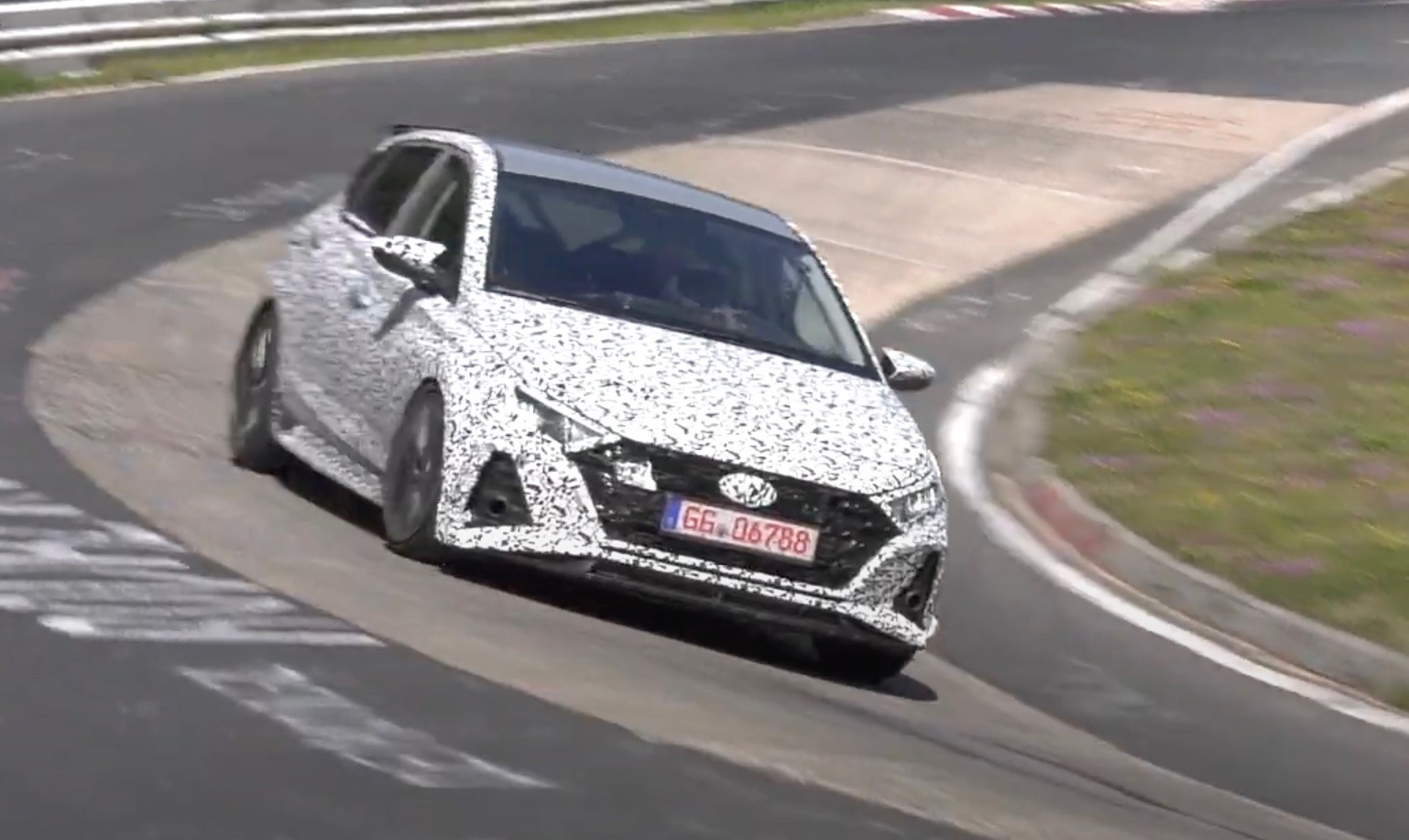 Hyundai is still busy testing its upcoming i20 N compact hot hatch, but it looks like development has evolved to the point where test mules could be using production body panels. 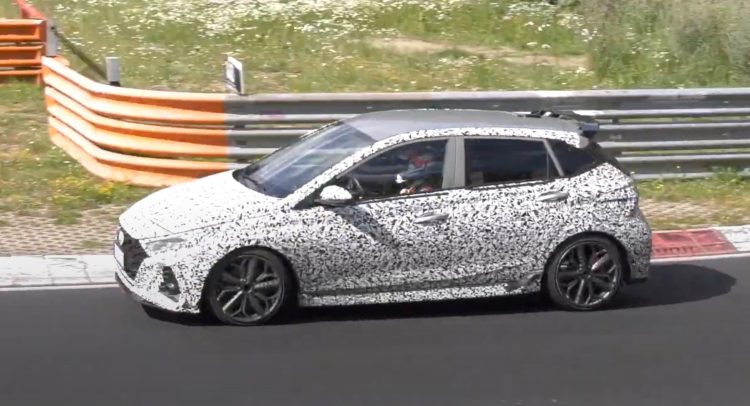 So far we’ve only see early prototypes based on the old i20, with makeshift panels and sheeting. But this latest spy video, brought to us by YouTube channel CarSpyMedia, shows a prototype in its sharpest form yet. Aside from a disorienting body wrap, it appears as though Hyundai engineers could be trying out the completed bodywork.

Some of the design highlights that we can see include a neatly aggressive front bumper bar and spoiler system, black mesh grilles with a suspicious camouflage spot (likely concealing the N badge), blended side skirts, and a well-proportioned rear end topped off by a large spoiler in black. 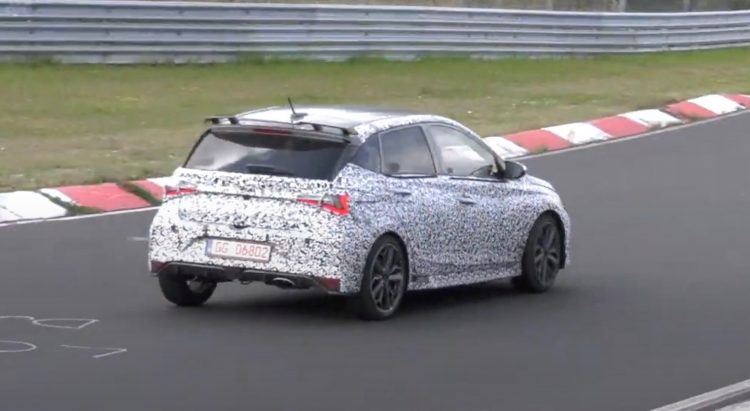 Now, there are some peculiar aspects to these latest prototypes. Firstly, we notice the rear diffuser only supports a single oval-shaped exhaust outlet. Older prototypes that have been spotted featured twin circular exhaust outlets.

The other interesting element is that there is a noticeable lacking in engine sound. We’ve heard i20 N prototypes before and they have always given off a meaty rally-car-like soundtrack As you’ll hear in the video below, these test mules give off a conventional and muffled four-cylinder hum. 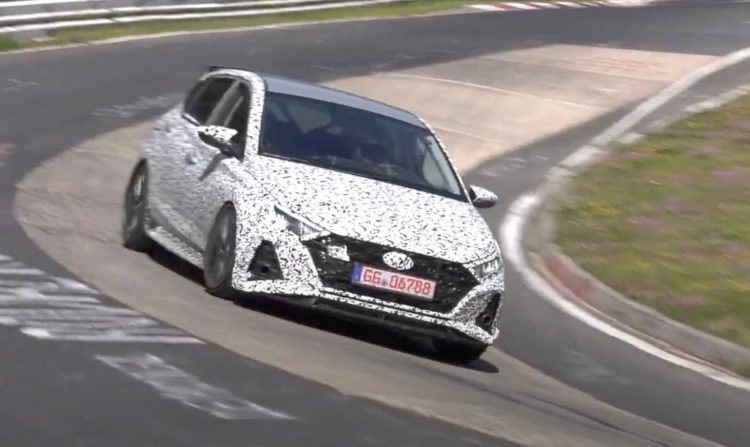 Being prototypes though it is difficult to confirm if anything will translate to the production model. Engineers might simply be using a quiet exhaust for testing purposes and to keep noises down. There’s also a possibility that test drivers could be sampling the car with a potential exhaust valve setting in its quietest mode.

As far as we know the i20 N will be powered by Hyundai’s latest 1.6-litre turbo four-cylinder, producing between 150k and 170kW. Hyundai N might even offer two different power level options, like what it does with the overseas-spec i30 N. It’s set to be a manual-only vehicle, at least to start with.

Hyundai Australia has confirmed the i20 N will go on sale locally next year, likely during the first half. Check out the spy video below for a preview. A full debut is expected by the end of the year.