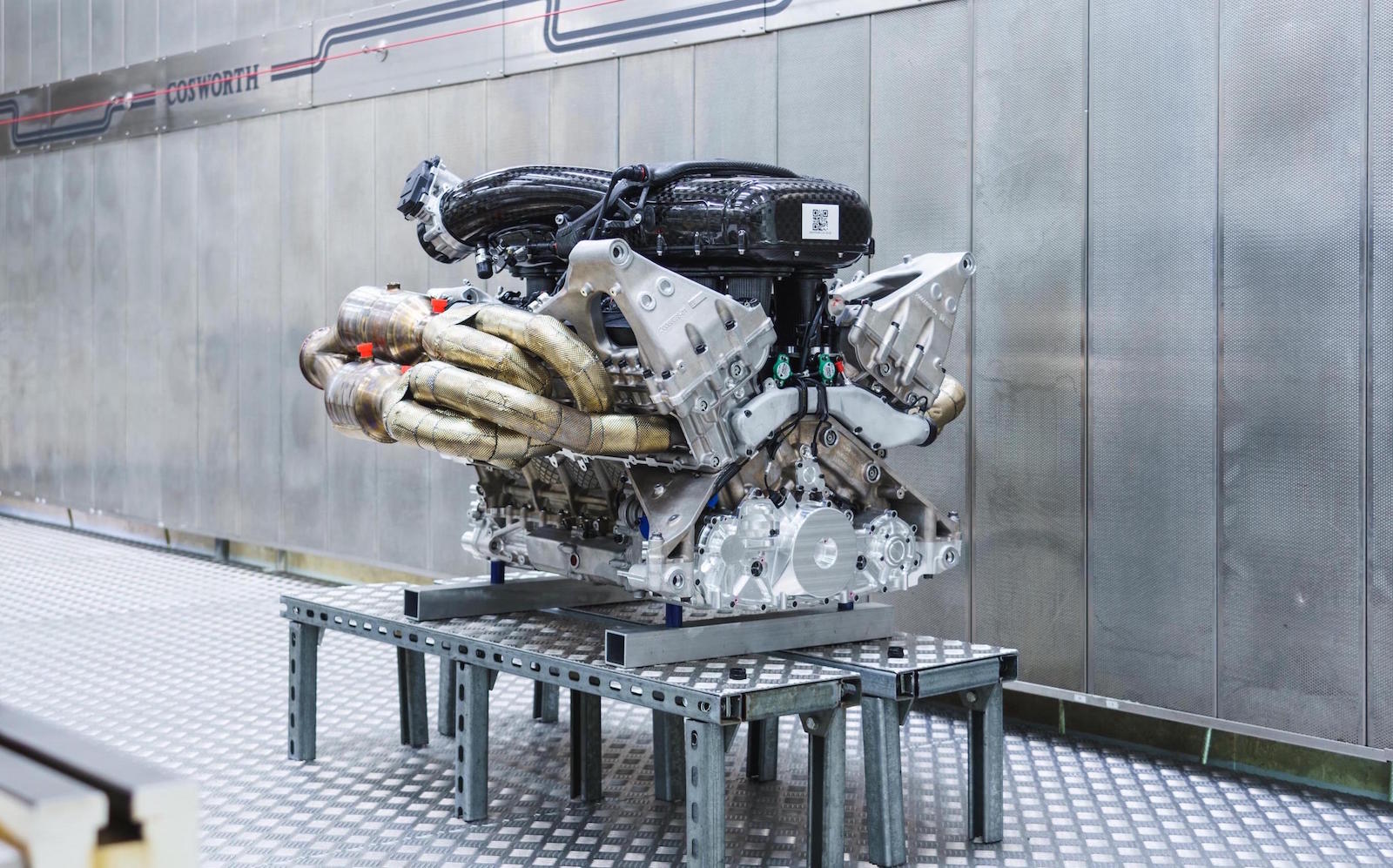 Aston Martin is showing off the crazy new Cosworth-developed naturally aspirated V12 that will power the upcoming Valkyrie hypercar. A video has been released showing the engine spinning its head off, to an F1-like 11,000rpm. 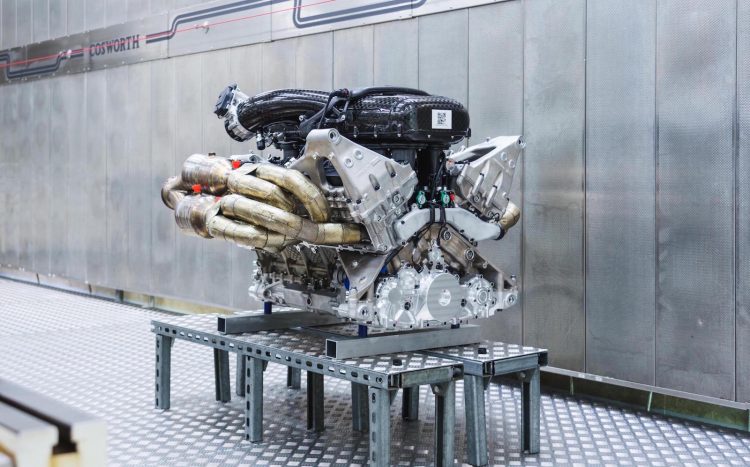 Up until this point the finer specifics of the powertrain for the Valkyrie were yet to be confirmed. But now, Aston Martin has spilled a few beans. We know it will be a hybrid, but today we learn the petrol component will consist of a 6.5-litre naturally aspirated V12 developed by Cosworth.

The 65-degree V12 promises to set “exceptional new standards” for peak rpm and specific output. It will produce 1000hp (746kW) at 10,500rpm, although it will rev to 11,000rpm before the limiter cuts things. Peak torque sits at 740Nm at 7000rpm. Aston Martin is quick to point out these figures set new industry benchmarks for an emissions-complaint production engine designed for a road-legal car.

And that’s just for the petrol engine. This isn’t taking into account the power and torque of the electric side of things. In fact, Aston Martin says these figures above will be boosted further by the electric components. Specific details on the battery and electrics will be “revealed later in the development” stages. 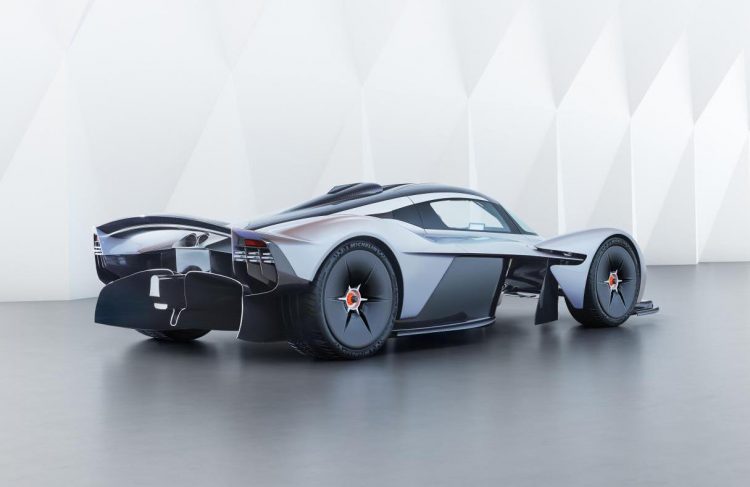 The V12 weighs 206kg is bolted to the platform to become a solid member of the structural integrity of the car. Inside the engine is a billet machined crankshaft, which takes around six months of machining work to complete. Starting life as a solid steel bar, around 80 per cent is machined away. It ends up being around 50 per cent lighter in weight than the crank from the V12 in the One-77. There’s also titanium conrods and F1-spec pistons. Bruce Wood, Cosworth managing director, said of the project:

“Decades in F1TM taught us to expect a pretty demanding specification from someone with Adrian Newey’s unsurpassed track record, but when we started talking about specifics of power, weight, emissions compliance and durability combined with ever harder and sometimes conflicting targets, we knew this would be a challenge like no other.” 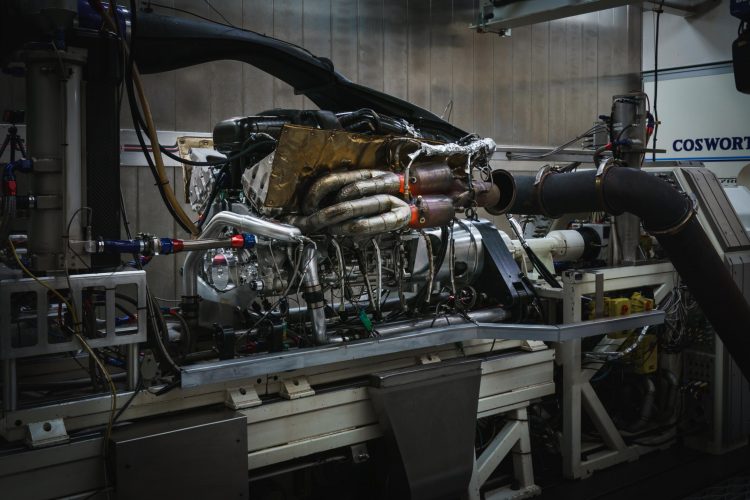 Aston Martin says the goal was to offer an ultra high-revving V12 that’s inspired by Formula 1 cars of the 1990s. Dr. Andy Palmer, Aston Martin president and CEO, spoke of the project in a statement, saying:

“To anyone with a drop of petrol in their blood, a high-revving naturally aspirated V12 is the absolute pinnacle. Nothing sounds better or encapsulates the emotion and excitement of the internal combustion engine more completely. Despite the apparently insurmountable challenges it presented, there was never any question that the Aston Martin Valkyrie would make do with anything less.”

Check out the video below showing the masterpiece in action on the dyno. It’s going to be one surreal car. Imagine spotting one cruising down the road.