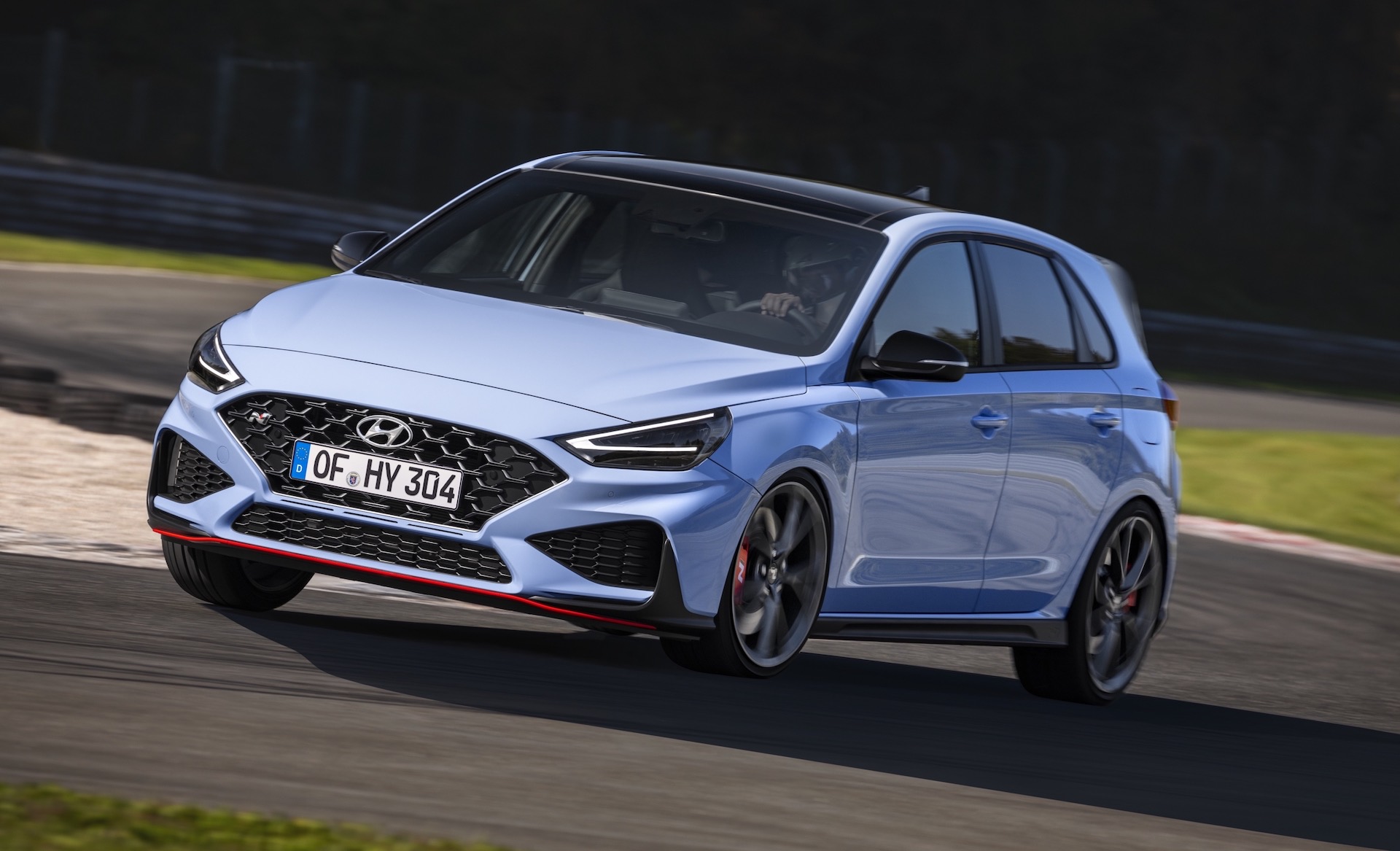 Hyundai has unveiled the new 2021 i30 N, featuring a DCT automatic transmission for the first time. The new model also brings in a slight power and torque increase for the top model, and revised features and styling. 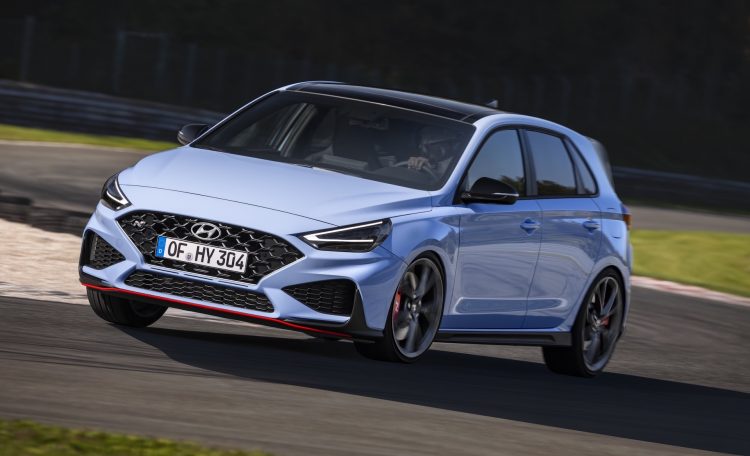 The 2021 Hyundai i30 N powertrain consists of a 2.0-litre turbo four-cylinder, as before. However, opting for the Performance Package (standard in Australia), the outputs are raised from 202kW to 206kW (280PS), and torque is lifted from 353Nm to 392Nm. This can be matched to either a six-speed manual or the new dual-clutch auto.

Hyundai says the 0-100km/h time is cut from 6.1 seconds in the outgoing Performance Package with the manual, to 5.9 seconds. The entry version, which continues to produce 184kW (not available in Australia), is offered with the manual only. All versions have a top speed of 250km/h. 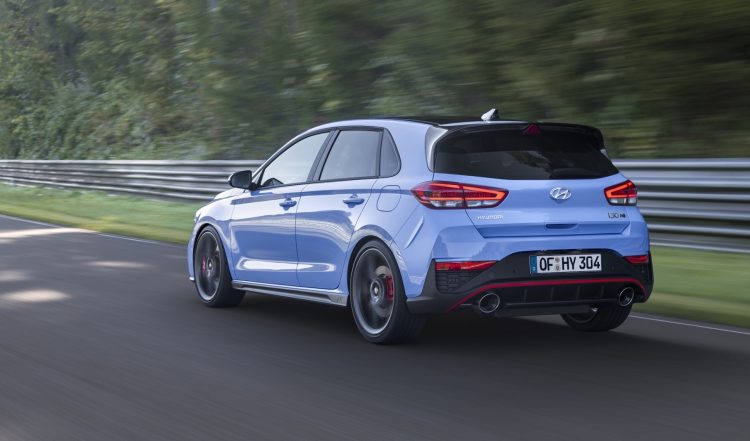 The Grin Shift function essentially provides overboost for 20 seconds. Power Shift helps to maintain torque during upshifts when more than 90 per cent throttle is applied. And the N Track Sense automatically monitors the road conditions and adjusts the shift timing accordingly.

Other hardware changes for 2021? Hyundai N has applied a set of new 19-inch forged alloy wheels which are 14.4kg lighter than the outgoing cast-alloy items. These are coated in a matt satin grey finish and help to reduce unsprung mass, thus improving response and handling. Behind these are red-painted N brakes. Going for the Performance Package adds Pirelli P-Zero tyres, while the standard model uses Michelin Pilot Super Sport tyres. 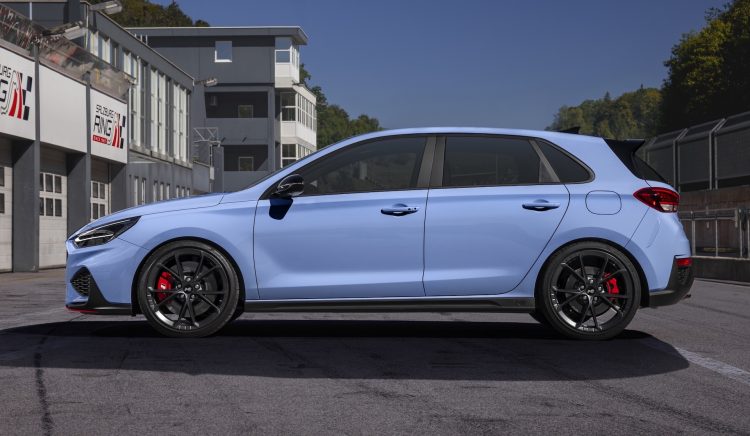 Some styling tweaks have been made to the exterior. As we saw with the preview images last week, Hyundai is adopting the new-look headlights from the updated regular i30, featuring a distinct sideways V-shape daytime running element, with matching taillights. There’s also a revised aero kit, complete with discreet red highlights front and rear. 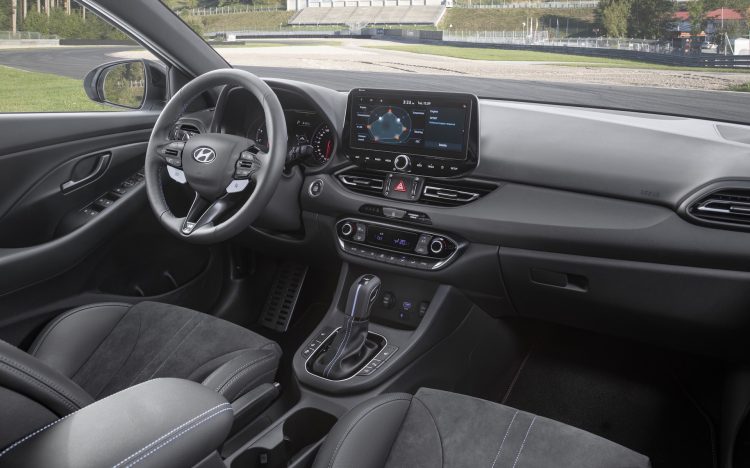 As for the interior, the dash now showcases a more advanced 10.25-inch touch-screen media interface, offering Android Auto and Apple CarPlay, as well as a range of other apps including some cool performance driving screens. For the first time, buyers are being offered special N Light seats for the front as an option. These are 2.2kg lighter than the standard seats.

Hyundai Australia is expected to make an official announcement in regards to local timing and specs very soon, although it has previously confirmed the facelift will arrive some time in 2021. On a global level Hyundai says the new model will go on sale early in 2021. UPDATE: Hyundai Australia has sent out a statement:

“The new i30 N will arrive locally in the first half of 2021, with Australian model lineup and pricing details announced closer to launch.”