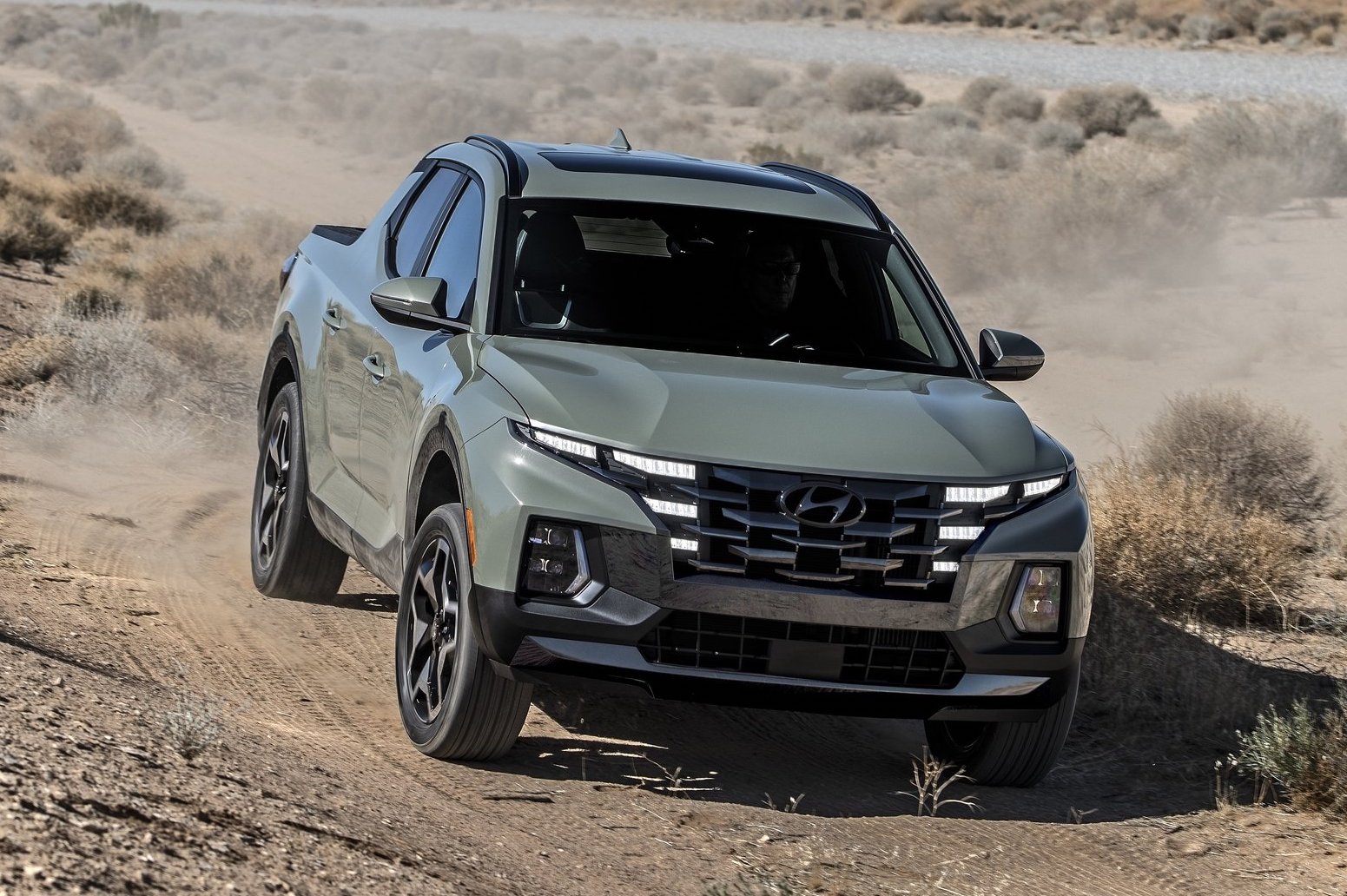 Hyundai has taken the wraps off its all-new ute – or pickup, as it’s also known – called the Santa Cruz. It will be offered as a 2022 model in some left-hand drive markets only and is not for Australia, unfortunately. 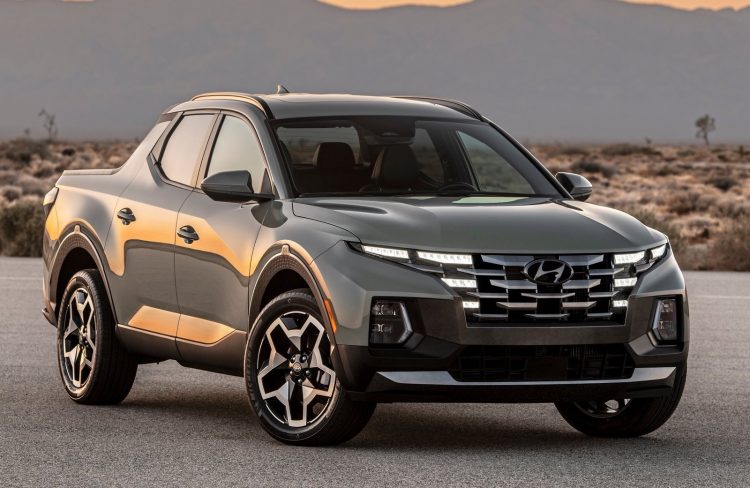 As you can probably tell just by looking at it, the Santa Cruz is based on the all-new ‘NX4′ Tucson. This gives you some idea of its size, and perhaps even its capability. In fact, it measures 4971mm long, 1905mm wide, and stands 1694mm tall, with a 3005mm wheelbase.

Hyundai describes it as a “sport adventure vehicle” that “breaks new ground within the SUV, truck and crossover” segments by offering a unique blend of sophisticated styling, cutting-edge connectivity, a flexible open tray bed, and versatile all-wheel drive platform. 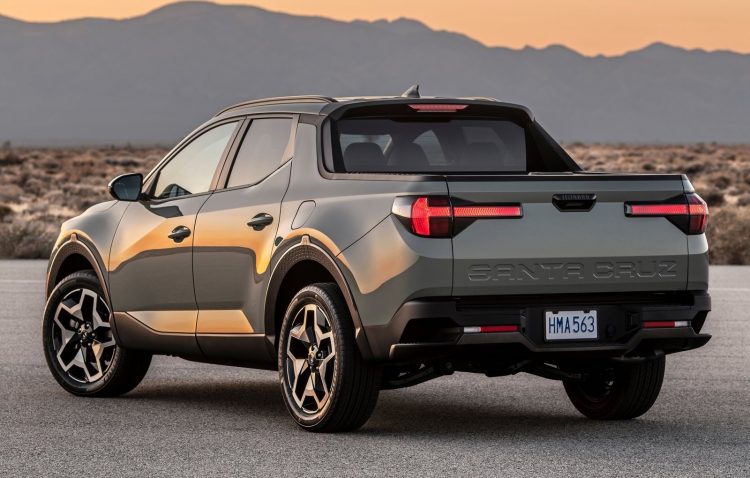 In the Santa Cruz the 2.5 engine produces over 205kW (Hyundai says “275hp+”) and over 420Nm. All of that is sent through the company’s new eight-speed dual-clutch transmission, with paddles shifters for the driver for manual shift control capability. The driveline also includes a HTRAC all-wheel drive system.

A standard 2.5-litre petrol (non-turbo) will also be offered, producing over 142kW, hooked up to the same AWD system but with a conventional eight-speed auto. This transmission has been designed to offer good response low down for load hauling, as well as long legs in the top end for highway cruising quietness.

The 2.5 offers a towing capacity of up to 1588kg, while the 2.5T can tow up to 2268kg. Considering this isn’t a heavy-duty ute or pickup truck, that’s not bad. In fact, the braked towing capacity for the outgoing Tucson 1.6T AWD in Australia is just 1600kg. 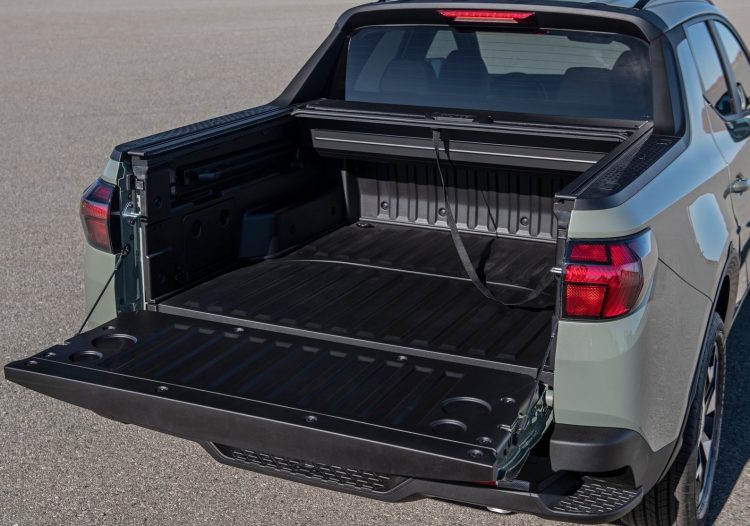 What we find very interesting is the fact the new 2.5 turbo engine fits into the engine bay. This, theoretically, means the engine could be used in an upcoming high performance version of the regular (new) Tucson.

We’ve seen dealer information that suggests the local Tucson N-Line will feature a 1.6-litre turbo producing 132kW. However, with over 200kW from the 2.5, it could be the perfect candidate for a possible full-blown ’Tucson N’ model. Time will tell.

Aa for the design, the Hyundai Santa Cruz features a similar front end design to the new Tucson, in terms of the grid-like grille and integrated headlights. However, the ‘jaw bones’ are pronounced for a more macho stance. 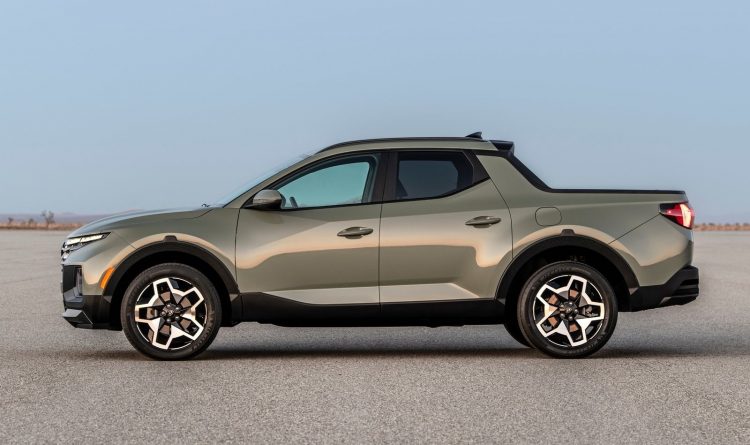 The A- and C-pillars are also raked for a sporty attitude, especially compared with common pickups which are usually square and upright. Obviously the rear end houses a practical tray and tailgate, while some variants will be available with 20-inch wheels for that around-town presence.

Inside, passengers are greeted with a 10.25-inch touch-screen media interface with a frameless design, and there’s another 10.25-inch screen available for the instrument cluster. Buyers will be able to option for a kicking Bose sound system, too.

Production of the Santa Cruz will take place at Hyundai’s Montgomery plant in Alabama, USA, starting in June. Early reservations will be open later in April.