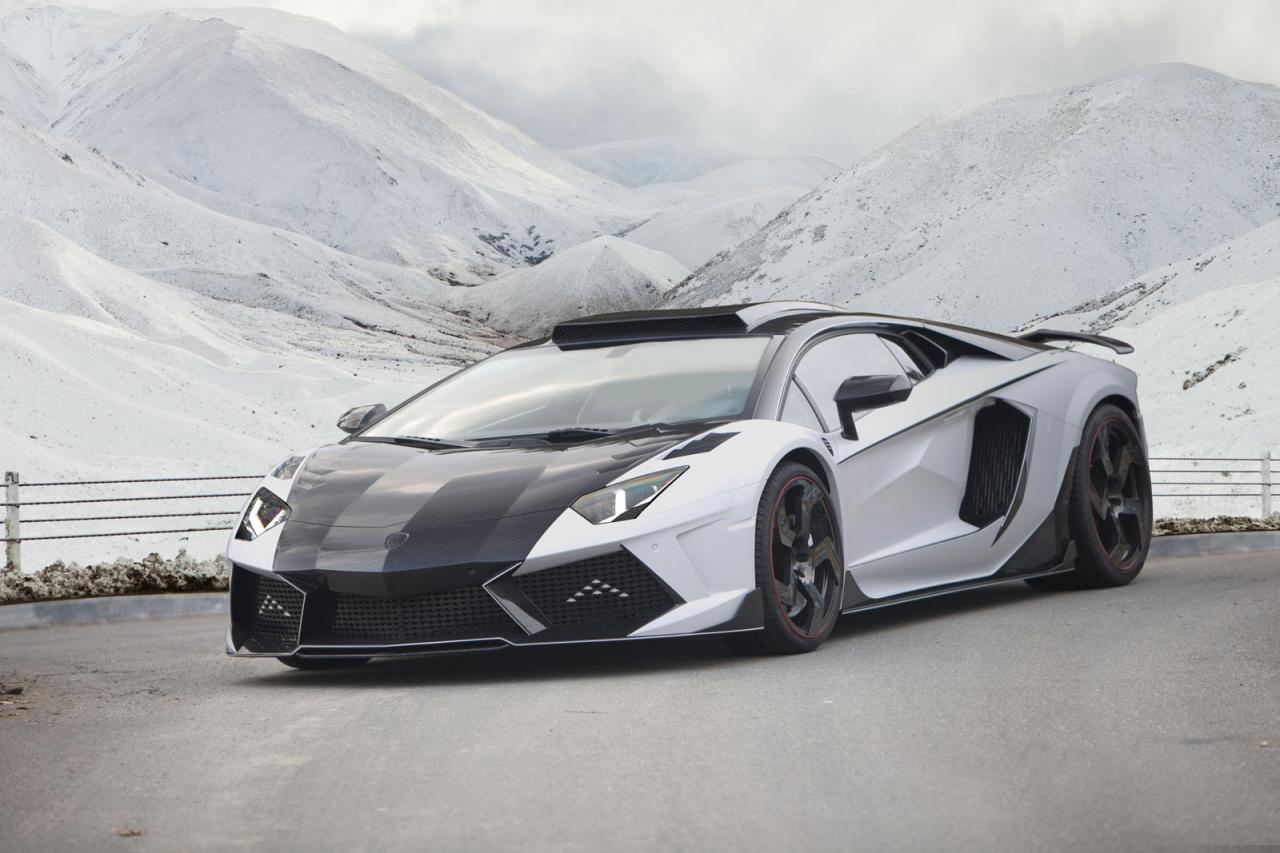 This ‘ ‘Carbonado GT’ has to be one of the most flamboyant and ostentatious car creations at the Geneva show. It’s a Lamborghini Aventador tuned to oblivion by Mansory. 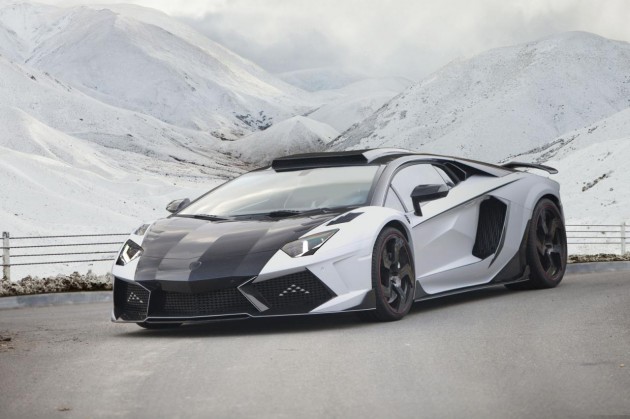 Mansory is usually responsible for really high-end styling upgrades, like fitting custom wheels to a Rolls-Royce, or completely retrimming a Ferrari. This time, the German company has gone for extreme in every direction.

Starting with the engine, as it’s the most eye-opening element here. It retains the standard 6.5-litre V12, however, it’s totally rebuilt with a new crank, pistons, conrods, camshafts, and cylinder heads. 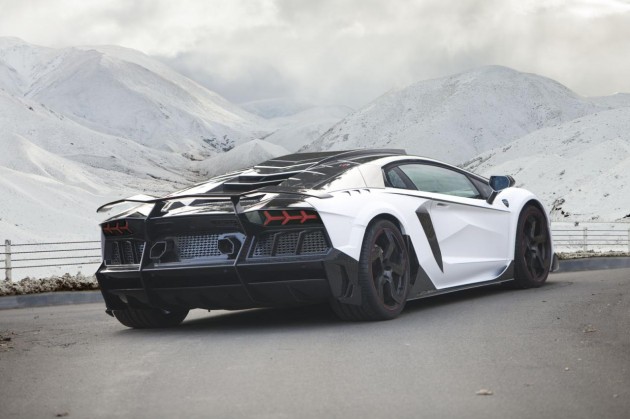 In the company’s tradition, a comprehensive styling package has been dished up. It includes, well, just look at it. Everything. There’s a custom front end with lots of carbon fibre. A custom rear end with a dark and scary diffuser setup, while a set of 20- and 21-inch blade-like forged alloy wheels finish it off.

Open the door and you’ll see the same degree of upgrades has been administered there too. It takes some bravery to rip apart a Lamborghini interior, but Mansory hasn’t had a problem replacing just about every part with carbon fibre and swathes of white and black leather.

There’s no word on pricing for the kit, in case you’re wondering. We’d be betting someone upwards of the car’s original $700,000 price tag.